Only days after announcing they would be reintroducing pandemic-era measures at their strictest level, following the viral surge in China, Thailand authorities have backpedaled and canceled the tightening of rules. The media furor and the outrage of millions of travelers with plans of visiting the country eventually had an impact after all.

Since China’s reopening, Covid cases have begun spiraling out of control. In response, several countries have imposed testing requirements on all arrivals from China out of fear they could become the next hotspot and blacklisted state. Going a step further, Thailand became the first destination to bring back mandatory vaccination just this week.

Strangely enough, the decision, which would see unvaccinated Americans barred from entering Thailand once more, has been scrapped yet again:

Thailand has U-turned on the latest round of Covid restrictions set to come into force in the wake of the new threat that’s emerged from China. Health Minister Anutin Charnvirakul was quoted saying requiring vaccination proof of international visitors was ‘inconvenient‘, two days after stating otherwise.

In a surprising turn of events, Americans – and all foreigners landing in Thailand – will not be subject to tougher border rules as the Thai Health Ministry had proposed earlier this week, which would have wrecked the plans of future visitors who have chosen not to get immunized by announcing a return of their 2021 and early 2022 entry guidelines.

Back then, only vaccinated travelers were exempt from scrutiny when arriving in Thailand, while all others who failed to produce a valid vaccination certificate were expected to present a recent negative test at the border. Back in September, however, the Southeast Asian hub had seemingly ended a vicious cycle of health checks at airports:

The Government reopened the border fully, welcoming all incoming passengers under the same set of rules, and without practicing vaccine discrimination, much like it was in 2019. Coupled with the classification of Covid as an endemic virus, comparable to the flu, many believed Thailand’s reinstatement of normality was permanent.

This didn’t turn out to be true, after the leading Health authority in the nation went back and forth with the implementation of restrictions in the short span of three days, destroying Americans’ confidence in travel that took months to rebuild and sending shockwaves through a hard-hit tourism industry in desperate need of tourist dollars.

Is Thailand Losing The Trust Of Travelers?

Thailand is one of the top 7 destinations in Asia for 2023, and now that nonstop flights from North America have returned for the first time in a decade, it is preparing to receive an influx of U.S. and Canadian passport holders in the New Year. Regrettably, the announcement earlier this week threw the travel community into chaos, especially those who are unvaccinated.

Even though Charnvirakul has affirmed the vaccine mandate will not be re-imposed, several Americans who would not have qualified for entry into Thailand in the unfortunate scenario that restrictions would return may have already canceled their vacations – only to be told, two days later, that they’re ‘good to go’ in the end. Outrage doesn’t even begin to cover it.

Travelers may be ready to splurge and join the ‘revenge travel’ trend, but they do not like to be tricked or feel like they can’t trust a particular country to keep their end of the bargain. A similar course of events took place in Germany last summer, when it dropped all Covid curbs, re-introduced them, and then scrapped everything again only 10 days later.

Germany’s path to proving it is a reliable destination has been an arduous one, especially after it banned all Americans from visiting throughout 2020, and for most of 2021. The fact that Thai ministers have shown they can break promises made to visitors without hesitation does not help Thailand’s case (if it aims to re-establish itself as a tourism powerhouse).

Thailand To Remain Fully Open For Tourism In 2023

Controversies aside, all of the below applies once more:

These apply to travelers arriving from most countries where Covid has been controlled, including the United States, Canada, and European nations, but the Minister has not yet confirmed whether the sudden annulment benefits travelers from mainland China and its autonomous provinces as well. We should know more in the coming days.

For now, if you do not qualify as fully immunized and you’re traveling to Thailand in the near future, you shouldn’t be particularly concerned, if the Minister is to be trusted. Regardless of the relaxation of rules, it is worth reminding unvaxxed travelers they must now show a valid health insurance policy ‘if their next destination requires a negative pre-entry test‘. 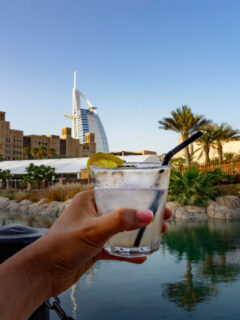 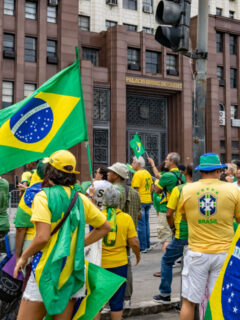 Next
Civil Unrest In Brazil: Is It Safe To Travel Right Now?
Click here to cancel reply.

Only travelers from India and China need a health insurance policy and it applies irrespective of vaccination status.

doesn't matter anyways. I had already vowed to not go back after seeing how much they fumbled the covid reopening and this shenanigans again just makes me laugh

I’m in the UK and my airline (Tui Air) is still enforcing the full vaccination rule despite the U-turn by the Thai government. I’ve been told today 10th Jan that all passengers boarding flights to Thailand will need to prove Full COVID-19 vaccination status or they’ll be refused boarding!

Expect to see a LOT more of this, countries bringing restrictions for no apparent reason.

There are reasons, but none that the public will be told. And none of this crap has to do with a virus.

@Liberty, let's hope that any countries that attempt to do so will be met with the same social media frury as Thailand experienced.