Travelers Are Heading Back To Asia In 2023: These Are The Top 7 Trending Destinations

Travelers are eager to return to Asia and explore its natural wonders and colossal Buddhist temples now that it’s slowly reopening for tourism following nearly three years of closure. In fact, demand for country-hopping experiences in the continent is so high it now accounts for 7 out of the top 10 trending destinations for 2023.

Although Asia is yet to fully reinstate normality like Europe, there’s no denying it is in a much better place now than it was at the beginning of the year. For instance, several Asian countries that had completely banned tourism in response to the health crisis now welcome them with open arms, without all of the usual pandemic-era bureaucracy.

But which ones are generating the most buzz, and what are their entry requirements heading into 2023?

Is This The Definitive Comeback Of Asia?

Popular online travel agency Kayak has named Asia and the South Pacific as the ‘region of the year’ for international travel in 2023, based on a significant increase in searches for vacations in the area, especially now that a growing number of Asian countries and other insular, Pacific destinations have lifted all of their anti-tourism measures.

According to the company’s experts, 2022 was the year of European travel after the Old World abandoned its hardline policies, granting seamless entry and newfound freedom to restriction-wary Americans who’d had enough of the social curbs imposed by their Government or simply wanted to get away from the political and ideological wars fought at home.

The fact that the U.S. has an extensive list of air routes linking it to Europe’s main entry points, no matter where you are in the country, is also a major incentive for Transatlantic tourism. In Kayak‘s opinion, however, 2023 will see travelers ‘branch out’ to lands further away, even to places where nonstop flights from their city are not available.

More specifically, to Asia. Based on their recent data, these are the top Asian destinations for you to consider in the upcoming year:

Technically geographically located in Asia, Tel Aviv in Israel is a History-charged metropolis straddling the Mediterranean coast. Over the years, it has developed a reputation for being the ‘most liberal’ enclave in the Middle East, but a little-known fact about Tel Aviv is that it can be an incredible foodie and cultural destination if you know where to look.

Searches for Tel Aviv on Kayak are now up 134% year over year, making it the seventh most sought-after Asian city break heading into 2023. Fortunately for visitors, Israel has changed tactics and removed all of its entry requirements, returning to their pre-2020 travel guidelines: no mandatory vaccination and definitely no testing or quarantine.

The beautiful, organized chaos that is Tokyo is the next Asian hub on Kayak‘s list. Famous for its traditional temples, scenic gardens, art museums, and a modern skyline pierced by neon-lit skyscrapers, the Japanese capital has never looked more inviting now that the country has let go of its draconian measures and fully reopened.

The move has certainly helped rekindle interest in Japan, with searches for Tokyo up 150%, and if you’re a resident of the United States, you’re in luck: numerous flights that had been axed in the wake of Covid have relaunched on top of a much-needed frequency boost, including daily service between LAX and Tokyo-Haneda until March 24.

Undoubtedly the most popular destination for Americans in Southeast Asia, tourism in Thailand continues to be headed by its bustling capital. Bangkok is an ancient queen dripping with imperial gems, such as the colossal Wat Arun Ratchawararam Ratchawaramahawihan Temple, the majestic Grand Palace, and the colorful Wat Phra Chetuphon Buddhist shrine.

Taking into account that Thailand is as open as it ever was, it should come as no surprise that Kayak searches for Bangkok are up 166%. Other than cultural immersions, the ‘Big Mango’ (as it is affectionately called by locals and tourists alike) offers short-term guests a vibrant nightlife, divine food at incredibly affordable rates, and Thai fleamarkets.

A special administrative region of China, the city-state of Hong Kong is not quite on the same page as Japan or Thailand when it comes to pandemic management: tourists can enter, but they are subject to a strict testing regime and continued monitoring for up to 5 days following arrival, so it may not be the best of times to visit just yet.

Nevertheless, it has seen a 190% uptick in Kayak searches year-on-year. The region’s distinct Western feel, its Bohemian districts’ edginess, and relative openness to the outside world, in spite of recent attempts by mainland China to force it into a state of submission, may be a possible explanation for its popularity rise among explorers.

Often referred to as the most developed nation in Southeast Asia, Singapore is yet another city-state brimming with the kind of high-tech, futuristic architecture that needs to be seen to be believed. From gorgeous fountain displays and modern marina promenades lined with beautiful Asian specimens to leisure complexes, it is truly a sight to behold.

Searches on Kayak have shot up by 201%, proving it has never been trendier. The only downside to traveling to Singapore? It has not yet lifted its health-related entry rules: all unvaccinated arrivals must present proof of a negative Covid test issued no later than two days before travel, as well as present proof of travel insurance.

Located in the disputed territory of Taiwan, off the coast of mainland China, Taipei is a fast-paced, energetic capital that feels somewhat Chinese, though not quite – it is a democracy, for starters – and that borrows heavily from Western culture, but still feels ‘foreign’ enough for American visitors who are seeking an escape from the familiarity of home.

Year-on-year, searches have been up 289%, though Taiwan’s tougher border controls may act as a deterrent in the end for thousands of tourists planning a trip to Asia in 2023: only those who obtain a permit under one of the Government’s special programs, and who fulfill all requirements listed under said permit, can board a flight to Taipei.

The trendiest Asian destination for 2023, and the most sought-after destination overall, Ho Chi Minh is the cultural capital of Vietnam, known formerly by its historical name of Saigon. Here, tourists will a wide assortment of architectural influences: Buddhist, French colonial, Communist-era modernist, and so on.

In terms of Kayak searches, Ho Chi Minh is an absolute leader with a 769% increase in clicks, 480% more than Taipei, the closest competitor. Americans are heading to Vietnam in droves in 2023, and we can understand why: Covid regulations no longer apply, international flights have resumed, and most importantly, it is perfectly safe to visit.

The top ten, including destinations outside Asia, can be seen in full below:

Although they did not make the Kayak list, other three popular Asian vacation spots set to host a record number of tourists in 2023 are: 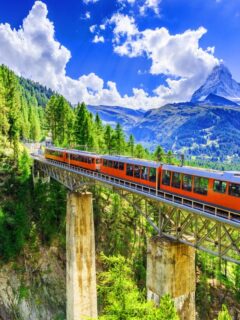 Previous
These Are The 93 Safest Countries To Visit In 2023 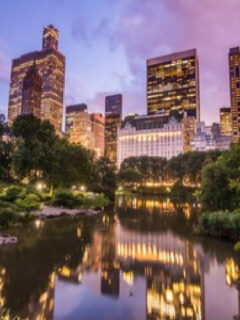 Next
Top 5 New York City Hotels That Include A Butler
Click here to cancel reply.

Taiwan doesn't have any travel restriction, except those travellers from China. I was just there, and all they do is give you a test kit that you're supposed to do on the first day, and you can still go out and enjoy life as usual.

China is not fully open for tourism, and tourists are not returning in high numbers at all, quite the opposite

Why palawan philippines is not included? We have a lot tourist since we open.

I hope these returning travelers don't do to these places what they've done to where I live once travel restarted.