The 10 Best Countries for Digital Nomads in 2021


The best countries for digital nomads have been discussed and debated ad nauseum across the internet in past years.

But Covid threw everything for a loop. Previous top digital nomad destinations, like Spain and Vietnam, haven’t been accepting travelers for over a year. While others, like Thailand, still require lengthy (and expensive) quarantines.

Fortunately, things aren’t nearly as bad as they might seem. Here are 10 great countries you can relocate to right now.

Digital nomads have long been shouting “viva Mexico!”, with their terrible Spanish accents.

And despite Covid, the party has seemingly never stopped. Mexico didn’t close its borders, with both tourists and location-independent entrepreneurs traveling to and within the country pretty much unimpeded.

Mexico has a lot of the benefits that nomads look for, like gorgeous scenery, amazing food, and low cost of living. But it’s set apart by the number of cities here with enough infrastructure to support the remote worker’s lifestyle.

Go urban in Mexico City, local in Oaxaca, beach bum in Playa del Carmen, or hipster in Tulum. Or hop between them all.

When it comes to general tourism numbers, Mexico has Colombia beat.

But among digital nomads, things aren’t quite as clear cut. In fact, Medellin in particular has become a favorite of the location independent, with its numerous coworking spaces and cafes outfitted with strong internet connections. And Bogota is not far behind.

Both cities’ great food and incredible nightlife make it easy to unwind after a day spent hunched over your laptop.

Georgia is beautiful, safe, and inexpensive, which is already enough to put it on a nomad’s radar.

But its visa programs really take the khachapuri… er, cake. For starters, it’s currently one of the only countries to offer a digital nomad visa. The country is open for tourism too, and Americans get a whole year on arrival – with no visa runs!

You could be working – and admiring the local architecture – from a cafe in Tbilisi by this time next month.

There’s the budget-friendly prices (some of the lowest in Europe), the historic architecture, and the favorable visas, owing to Serbia’s status outside of the EU. And the country’s been one of the few on the continent to keep its borders open for most of the crisis.

But we like to think the indescribable Balkan charm has a lot to do with it as well.

Though all of that does come at a cost: it’s probably the most expensive country to live in the region. But if your online business is booming and you’d like to avoid some of the rougher edges of living in a developing country, it’s a great pick.

And if the government follows through on its plans for a new digital nomad visa, it’ll be even more attractive.

In the past, Croatia hasn’t enjoyed quite the reputation among digital nomads that some of the other nations in Europe have.

But their new digital nomad visa looks to change that. And hey, it’s not like we need much convincing to live in such a beautiful and historic location, that’s easily accessible to all of Europe.

The capital city, Zagreb, is a popular home base, with most of the amenities you’d expect from a major European city. But if you’d rather have a view of the picturesque Mediterranean coastline from your home office, smaller cities like Dubrovnik and Hvar will be a better fit.

There’s something that many of the top nomad destinations across Latin America (and Southeast Asia) have in common: boy, are they hot.

But Quito is a major exception. The capital of Ecuador sits 9,350 ft above sea level, which keeps it cool year round, with average highs of just 70°F.

The city – and the country – have a lot more to offer though, including historic architecture, friendly locals, and low cost of living.

If you’re looking to escape the Corona craziness and you make over $50,000 per year, then Barbados is an enticing option.

Its new “Welcome Stamp” visa gives digital nomads a year to stay in the country, which has only had a few thousands Covid cases to date.

But a warning: it may be hard to tear yourself away from the gorgeous beaches long enough to get any work done. Fortunately, some of the beaches actually have WiFi.

But don’t be fooled: the country has plenty to offer the modern digital worker, from the chaotic capital, Lima, to the city in the sky, Cusco, which sits over 11,000 ft about sea level.

And even the more upscale neighborhoods, like Miraflores, are very affordable – and offer no shortage of cozy cafes to work in.

Dubai was already filled with foreign workers, and now it’s trying to attract more of the digital variety with its nomad visa.

You’ll need to be making at least $5,000 to qualify, but then again you’d need that type of income to afford Dubai’s higher cost of living anyways.

And the visa gives you lots of benefits while you’re living there, including the ability to open a bank account, enroll your kids in school, and hire a driver or nanny. You can even get a free Covid vaccine. 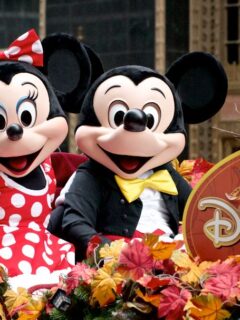 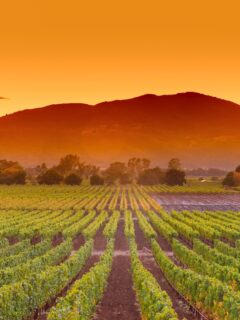 Next
Top Destinations for Wine Tours in the U.S. This Summer
Click here to cancel reply.

It seems that Bali is off the radar now. However Canggu is still the digital nomad ghetto. Villas for sale are abundant since local home owners are either broke or foreign home owners have left the country. Prices have gone down during this pandemic, probably it is a blessing in disguise for the local well to do to folks to tap in the real estate in Bali. A similar issue in France after Brexit, British vacation home owners have left and have put their houses for sale. Good for the French perhaps.

Is Dubai the only digital nomad-friendly nation now offering vaccines to digital nomads and their families? Serbia used to but I missed that chance. And Barbados said they hoped to but there has been no word since then.

@Warren, Iceland is vaccinating all residents - which includes those on the long-term remote work visa.

It's not really on the digital nomad radar, but Armenia just announced they will vaccinate anyone who shows up, including tourists.

Great article, but Georgia isn’t safe if you’re LGBTQ+. It has outward violence and the lowest LGBTQ+ approval rating of any European country.

@D, Interesting you point to Georgia but not Dubai (U.A.E.) which is by far the most intolerant of LGBTQAA people on this list.In point of fact any romantic relationships outside of heterosexual marriage are criminalized in the U.A.E.!