The Top 5 Pride Month Destinations According To AirBnB

Despite having originated from grassroots movements in the 20th century, led by LGBTQ+ people fighting for their rights, Pride has evolved into more of a mainstream celebration in recent years. All across Europe and the Americas, it attracts millions of visitors and, in some places, even surpasses Carnival as the most hotly anticipated event of the year.

Even though the political element has not faded entirely – championing diversity remains at the core of the parade – now all are welcome to join, regardless of gender or sexual orientation, and enjoy the festivities.

After being postponed for two years due to Covid, the event is making a triumphant return in 2022, with social gathering limits scrapped and mask rules eased in a majority of places. At last, people are again free to celebrate Pride like they used to before: restriction-free.

Luckily for those who are still unsure where to travel for the first post-pandemic Pride, AirBnB has revealed this year’s Top 5 Pride Month Destinations. Based on total nights booked during peak weekends, the list features some major touristy spots in Europe and the Americas, but also a few surprises:

Europe’s Westernmost nation, Portugal has been voted the world’s most gay-friendly destination in 2019. It is one of the leading nations in terms of LGBTQ+ rights, and its Pride parade, the Marcha do Orgulho de Lisboa, is one of Europe’s largest. On AirBnB’s ranking, which does not display exact figures, Portugal is the fifth most popular Pride Destination.

The country’s capital Lisbon is where most of the action is centered: here visitors can find a lively party scene, countless gay clubs and bars, and several inclusive neighborhoods, such as Arroios and Misericórdia. All year round, Lisbon also makes for an ideal city break, especially if you’re into picturesque hilltop castles, cobblestone streets and Iberian cuisine.

Pride may be a month-long celebration in Los Angeles, but the surge in bookings last weekend, from June 10 to 12, placed it at number four on this list. The city’s parades are led by colorful carnival floats and several performers dressed in exotic costumes, known the world over for their carefree nature.

Unfortunately for Pride enthusiasts still hoping to make it there in time for the ongoing celebrations, recent studies have shown that traveling domestically in the U.S. is now more expensive than going abroad. With the hospitality industry facing an overwhelming demand, and AirBnB confirming Pride bookings are now back to pre-pandemic levels, options may be more limited for late attendees.

You may not immediately think of History-packed Rome as a major LGBTQ+ destination, but it actually appears at number three on AirBnB’s Pride ranking. Similarly to Los Angeles, the Eternal City’s main parade took place at the busy weekend between June 10 and June 12, but in case you missed it, other events will still be held through June 30.

Now that Italy has removed all Covid restrictions, allowing tourists to attend large-scale events regardless of vaccination status, celebrating Pride Month in this fascinating country has never felt freer. In Rome, some of the main LGBTQ+ hotspots include the Coming Out bar, Company Roma, and the 101 Club, right in the center of town.

Paris is not only the City of Love, but also the second most popular Pride Month destination based on AirBnB booking trends. While minor events are popular throughout June, with clubs like Le Raidd and Freedj all hosting parties weekly, celebrations will peak between June 24 and June 26, when thousands of visitors will flock into Paris for the official return of Pride.

In 2019, the mass arrival of tourists resulted in collective host earnings of more than $6 million, making Pride one of the most lucrative events of the year. This year it will be no different, with June 24 named ‘the most common Pride weekend‘ in 2022. Luckily, Americans landing in France for the parade will be granted fast-track entry into the country.

The only major event taking place in July, Pride in London is amassing hundreds of thousands of bookings already, easily taking the top spot as the leading Pride destination on this list. In 2019 alone, collective host earnings totaled a whopping $9 million, and as many as 1.5 million people gathered for the event, making it a major summer attraction in London.

Now that the U.K. has fully reopened for travel with no restrictions, and several flight routes into London have been inaugurated, Pride is about to get even busier than it was. For this reason, visitors are advised to book their stays in advance and plan trips accordingly, as the availability of AirBnBs may be reduced during June and peak Pride days in July. 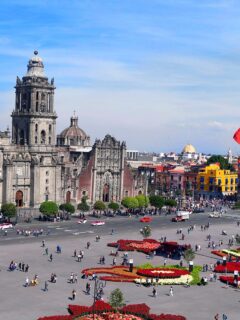 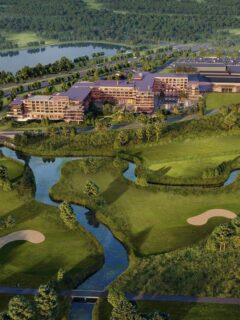 Proud of what? The current state of the world...

Wow, reading these remarks makes me realize we're still in the Middle Ages...?!

Pride goes before a fall

Glad to know where not to go!

Thanks for the top list of places not to go, if you're sane at least.

@Dee, Only 2 more weeks of MonkeyPox month to go.

Don't worry. The gays don't want to be in whatever backwater, rural swampland you're from either.