The TSA and the CDC have decided to continue the federal mask mandate until 2022 amid a surge in Delta variant infections. The mask mandate will be in force regardless of someone’s vaccination status.

The TSA will extend the directives until January 18, 2022, according to the reports. The recent spike in cases has promoted schools, sports venues, entertainment venues, and local governments to reintroduce mask requirements.

The current mask mandate on public transport was due to expire on September 13th, and the TSA extended that from its previous expiry date of May 11th. The TSA and the CDC believe it’s too risky to remove the mask mandate when infections are rising so quickly in the U.S.

The CDC has briefed major U.S airlines on the mask mandate extension this week. The mask mandate will apply to all public transport, including the following:

The TSA stated, “The purpose of TSA’s mask directive is to minimize the spread of COVID-19 on public transportation.”

The CDC said in a statement, “The emerging evidence about the Delta variant demonstrates it is more formidable than the original virus. Delta spreads more than twice as easily from one person to another, compared with earlier strains.” The CDC further stated, “In contrast to the Alpha strain, new data show that fully vaccinated people who are infected with the Delta variant might be infectious, and might potentially spread the virus to others.”

The U.S. Travel Association Executive Vice President of Public Affairs and Policy Tori Emerson Barnes made a statement supporting the mask mandate. She said, “The universal wearing of masks in airports and on airplanes, trains and other forms of public transportation is both an effective safeguard against spreading the virus, and boosts public confidence in traveling—both of which are paramount for a sustained economic recovery.”

Furthermore, President of the Association of Flight Attendants-CWA Sara Nelson stated, “While vaccination has been key to the increased air travel demand, the lagging vaccination rates and rise of the Delta variant has caused cases to skyrocket again—threatening lives, continued virus mutation and recovery from this pandemic.”

The 7-day case average in the United States has grown by 64 percent in the previous two weeks, and there have been over 140,000 daily cases reported in the last week. Unfortunately, that’s the highest number of daily cases in over 6 months, yet it’s important to note that the U.S has vaccinated far more people now.

The TSA also told Congress that there were 85 physical assaults on TSA officers since the start of the pandemic, and 2,786 reports of passengers becoming aggressive because they refused to wear a mask on public transport.

Chicago and New Mexico have also decided to reintroduce their mask mandate indoors, and they will join various other U.S cities in bringing back indoor mask mandates.

As the United States continues to go back to normal, it’s clear that some restrictions on domestic travel will continue for the foreseeable future.

U.S. Issues ‘Do Not Travel’ Advisory For France, Thailand and Iceland 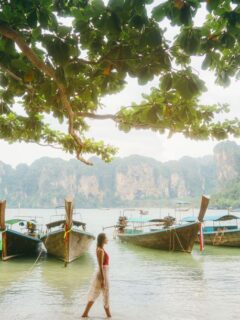 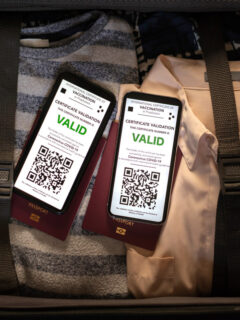 Next
Croatia and Austria Set A Vaccine 'Expiry Date' For Travelers
Click here to cancel reply.

Looks like I'll be cancelling fact again I will not wear a mask I'm fully vaccined this will be the third time. Only this time the airline better refund my money this credit vs won't cut it this time.