These 10 U.S. Cities Were Named The Best For Foodies

It’s not much of a secret that Americans love their food – and why wouldn’t they? The United States is home to some of the best restaurants, diners and street food vendors in the world, serving up a dazzling array of international cuisines that few countries can match when it comes to diversity, affordability and availability. With trying new and exotic cuisines a key reason to head around the world for many travelers, most would be just as well served traveling domestically to get their foodie fix – and here’s where they can do that.

An exhaustive new study has been completed that looked at a range of different cities around the United States, assessed them across a variety of food-related metrics and created a list of the top 10 foodie cities in the country. Here’s a look at how the study was completed, and which cities across the United States have earned the title of the best cities for foodies.

The study into the top foodie cities in the United State was carried out by WalletHub, a personal finance website. In their quest to find the top foodie cities in the country, WalletHub compared 182 cities in the US, which included the 150 most populated cities, in addition to at least two of the most populated cities in each state. These cities were then not only analyzed in two key dimensions, “Affordability” and “Diversity, Accessibility & Quality,” but across 29 metrics, before being given an overall score out of 100.

The metrics were wide-ranging in order to determine which city could truly be crowned Mecca for the Foodies. Across the “Affordability” dimension, such metrics included restaurant meal costs, the costs of groceries and the price of beer and win. On the “Diversity, Accessibility & Quality” side of the coin, metrics included the number of restaurants per capita, presence of Michelin star restaurants, food trucks per capita, food and wine tours per capita and several other food-related criteria.

Coming out in first place and earning the title of the best US city for foodies was Portland, Oregon. The quirky, scenic city had an overall score of 69.96 – three clear points above the nearest competitor – with the study proving that Portland claimed the joint-highest number of craft breweries and wineries per capita and the third-best ratio of full-service restaurants to fast food establishments – two more great reasons to take a trip to the city in the coming months.

Second place went to Orlando, Florida, with an overall score of 66.63, whilst nearby Miami took the bronze medal with a score of 66.15. Both Orlando and Miami held the joint-first position in the restaurants per capita metric and the number of ice cream and frozen yogurt shops per capita – perfect for the hot Florida summers. Orlando also took the top spot when it came to the number of coffee shops and gourmet specialty food stores, showing that it clearly caters to all crowds.

Fourth place went to San Francisco, California, scoring 65.10, whilst Austin, Texas finished in a respectable fifth place with 63.19. San Francisco was also in joint first position in the restaurants per capita criterion, as one would expect from such a major foodie destination. Looking at the star performers from selected metrics, Brownsville, Texas proved to be the cheapest place to buy both groceries and beer and wine, whilst Santa Rosa, California and Salt Lake City, Utah perfect the best in the craft breweries and coffee shop metrics respectively.

The top 10 best foodie cities in the US are as follows:

In contrast, the bottom five consisted of Pearl City, Hawaii, Montgomery, Alabama, Moreno Valley, California, Shreveport, Louisiana and Jackson, Mississippi – places to avoid if getting a good meal is high on your to-do list on vacation. 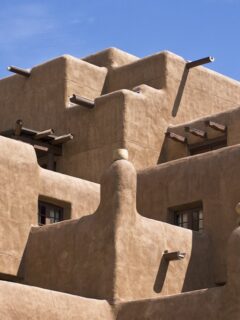 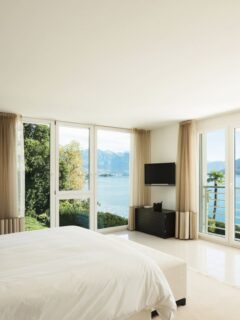 Next
Top 5 Ways To Save On Hotels In 2023 Amid Skyrocketing Prices
Click here to cancel reply.