Now that the world’s top tourist hotspots have reopened their borders for travel and axed their vaccination requirements, it is easy to forget the same does not necessarily apply to the entire globe. Indeed, the vast majority of countries still have restrictions in place, with four of the major ones going as far as banning Americans without a vaccine.

While it’s true Covid no longer poses the same threat it did two years ago, prior to the development of vaccines and the roll-out of new treatments, the health scare has prompted some national governments to keep stricter rules in place for longer – or, in some cases, continue banning all forms of tourism.

In this article, you will find out which destinations continue to refuse entry to unvaccinated Americans, regardless of testing, and whether some accept recovery certificates instead:

The 17 Destinations Still Banning The Unvaxxed

According to both Sherpa’s Travel Requirements Map and IATA’s Travel Regulations, there are at least 16 international destinations barring Americans who opted for no immunization. There are others applying a blanket travel ban to all foreigners, irrespective of vaccination status, such as China, and thus they are not included on the list.

These 16, however, have either substantially eased or removed travel rules for vaccinated visitors, such as abolishing pre-departure tests, quarantine, and post-arrival testing for the group, while shutting their doors completely to the non-immunized. Other examples where the group is allowed to enter presenting tests are also excluded.

These include countries like Spain and most of South America, with the exception of Argentina, which are open to the unvaccinated with varying degrees of restriction, ranging from mandatory PCR tests in the hours leading up to their departure, random Covid tests when landing, or observation of a quarantine period.

Below, you will find a list of countries who have imposed an outright ban on unvaccinated travel:

*Azerbaijan – Alternatively, the unvaccinated can present proof of immunity. Those who have not been infected recently, and who do not have a vaccination certificate, cannot enter.

**Fiji – Recovery certificates issued by a ‘credible institution’ are taken into consideration for entry purposes.

***Iraq – Vaccine exemption letters issued by a relevant health entity are in theory accepted. Those who can have a medical condition where a vaccine is contraindicated must still present a negative PCR test result issued within 72 hours

**** Liberia – If they are allowed to board their flights or other public transport heading to Liberia, unvaccinated passengers are returned to their point of embarkation

We said 16 countries, and you might be wondering why the seventeenth entry has not been mentioned yet.

Allow us to explain further:

The 16th Country Is…

This may not concern Americans directly, but the U.S. does not accept unvaccinated non-Americans or residents regardless of recovery status or negative tests. Of course, Americans can still travel into and out of the States as they wish, but the same does not apply to foreigners, who must present vaccination proof.

As can be seen above, four major destinations issued travel bans for unvaccinated Americans, most notably Canada. For months now, the country’s tourism sector has been suffering heavy losses and struggling to recover as a result of Ottawa’s strict border policies. To put it bluntly, Americans are avoiding Canada like the plague, even if they’re immunized.

Vital rail links between the U.S. and Canada may have been reinstated, but demand has reached a historical low. The main reason? Besides the unvaccinated ban, Canada has a random testing policy in place, which can see a few unlucky travelers from the U.S. issued a 10-day quarantine order when they test positive, or even a ‘false’ positive when landing in Canada.

In South America, Brazil does not routinely test incoming travelers, but it is yet to lift border curbs which have kept the unvaccinated from visiting. Interestingly, Brazil had been open for the better half of the pandemic, despite requiring tests at one point. As soon as vaccines became widely available, this lax attitude changed.

Since then, only fully immunized U.S. citizens can visit, and while they face no other restrictions, their fellow Americans who decided not to get the shot are forbidden from setting foot in the country. Across the pond, both the Netherlands and Luxembourg have adopted a similar approach, and are currently the strictest European countries for Covid travel rules.

Unvaxxed U.S. tourists are not in the Benelux duo’ good graces, as they are the two last destinations in the Old World that remain off-limits to them, unless when coming directly from fellow Schengen Area member states. In fact, nearly all of Europe* has dropped entry requirements, welcoming visitors under normal pre-pandemic guidelines.

*Besides The Netherlands and Luxembourg, Spain still requires testing of unvaccinated Americans. While they remain at war, Ukraine and Russia have also not completely eased their travel rules, with the former officially requiring either a negative test of vaccination certificate as proof of entry.

Lastly, the Philippines has given no indication as to when it will allow for normal travel to resume. However, at a time when most of Asia is moving progressively towards a wider reopening, with several nonstop flights from the U.S. being announced, we expect the paradise archipelago to align with its closest neighbors soon.

For all the latest news on countries reopening and travel regulations, click here. 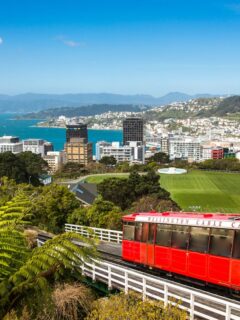 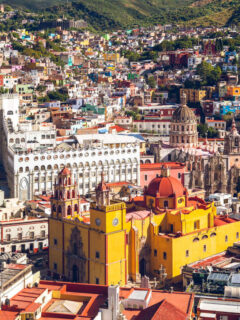 Next
This Colonial City Has Been Voted The Most Beautiful In Mexico
Click here to cancel reply.

indonesia has a ban on unvaccinated too

And when will the US stop banning unvaccinated foreigners from entering?

Not sure this is entirely accurate. Our family of five, including three unvaccinated kids ages 4, 9 and 12, and parents with out-dated vaccines and no boosters, went to Netherlands this past July 2022. We drove in from Belgium and stayed in southern part of the country. No one anywhere asked for vaccine cards at restaurants or hotels. It was a non-issue. We went to Germany, Belgium, France and Netherlands and it never came up once at airport or train stations.

@Belsea, that is because holland has no borders with other schengen area countries (all the countries you mentioned are schengen) and thus no screening once you enter from inside Europe. the ban applied to foreigners entering holland from outside europe including the US, but thats been lifted now too

A little birdie told me that the Dutch Parliament will vote on Friday and likely remove the vaccination requirement for non-Schengen entry.

Interesting... we will keep our eye out for sure

Important point: For the Netherlands and Spain (and Luxembourg I think) you can enter via another schengen country with 0 restrictions. A few weeks ago I visited Brussels and then Amsterdam, on the bus over the person I was travelling with didn’t even know we’d crossed the border and I only knew because of a small sign on the roadside.