Home to vibrant cities, unspoiled nature, and super-friendly locals, three popular destinations have been named the trendiest in Latin America for international travelers by Forbes Mexico. According to the renowned publication, these countries have the greatest potential and are likely to lead booking trends in the upcoming year.

Latin America is experiencing an unprecedented surge in travel demand after restriction-wary Americans began flocking to its tropical beaches in hopes of making up for the lost time after three years of draconian mandates. As cold snaps begin to sweep across the States, the number of southbound flights should increase even further.

If your heart is set on the Global South, but you’re not entirely sure where to go yet, perhaps this could be a source of inspiration:

Famous for its Caribbean coastline, pre-Columbian ruins, and flavorful cuisine, Mexico was one of a handful of countries to have remained faithful to their American customers through thick and thin, welcoming them regardless of immunization record and Covid variants that may have originated from the U.S. when most wouldn’t.

As a result, America’s love for Mexico has only deepened. As of September 2022, it had hosted up to 36 million guests, officially ranking among the fastest-recovering tourist hubs and again becoming one of the most visited in the world. Needless to say, a sizable percentage of those hailed from the United States (and Canada).

Mexico is an undeniable tourism powerhouse, and it’s all thanks to a triad of world-class cities: Cancun, Los Cabos, and Puerto Vallarta. Cancun is a regional leader for luxury travel, highly sought-after by big spenders looking to splurge on an all-inclusive retreat. Serving as the gateway to the Riviera Maya, it can also make for a surprising cultural trip:

Within short driving distance of the Hotel Zone, guests will find archaeological sites dating back millennia, emerald-colored cenotes, and other unique Magical Towns. Los Cabos, on the other hand, is a rapidly-developing wellness capital packed with spas and relaxation centers, while Puerto Vallarta boasts the best nightlife along the extension of the Pacific.

Colombia has been making headlines lately for all the wrong reasons, but nothing can change the fact it is an integral part of the Latin American tourist map. Whether it’s the rolling green hills of the Antioquia Department or the Old World charm of Cartagena, a walled city straddling the coast, there are enough sights to keep you busy – and inspired – for weeks.

Yes, crime rates have been going up lately, and it’s true some urban centers are not as safe as they were three or five years ago, but Colombia is still deserving of praise. Bogota and Medellin, the two largest cities, are both brimming with colorful street art and have been acknowledged for their historical relevancy.

Bogota is widely regarded as the Athens of South America due to its architectural grandeur and enviable collection of museums and centers of knowledge; Medellin is the younger, edgier sibling, owing its popularity to a youthful atmosphere and an extensive list of Bohemian districts, lined with gringo-friendly bars and restaurants.

Traveling to Colombia in 2023, Americans must bear in mind the country is yet to drop all health-related entry requirements. As a general rule, vaccinated tourists can visit hassle-free upon presentation of a vaccine card. Conversely, non-immunized individuals must present a negative PCR or Rapid Antigen test issued no later than 72 hours prior to embarkation.

Rounding out the top three, Brazil is the only non-Spanish speaking country on this list and the largest South American country by territorial expanse. Effectively, this means there are 4,600 miles of a pristine Atlantic coast largely unexplored by foreign tourists, who remain confined to the municipal boundaries of Rio de Janeiro and Sao Paulo.

Being so vast, Brazil can be incredibly diverse, which only adds to its allure as a cultural destination: to the Northeast, the influences of formerly enslaved African communities are noticeable through their centuries-old customs – watching a capoeira display in downtown Salvador is a must-do attraction – or native dishes loaded with exotic condiments.

To the South, the demographics and cityscape change dramatically: from German-populated settlements proud of their Pomeranian heritage to historical colonial cities borrowing heavily from Iberian architecture, you can explore a myriad of off-path, inland locations that are yet to be overrun by the hordes of tourists (and that will feel like you’re visiting Europe).

As you can see, Brazil is a country of contrasting identities, and Rio, stunning as it may be, is only the tip of the iceberg. Unvaxxed Americans should beware, though: the country has indeed lifted its ban on the non-jabbed, but negative tests issued up to a day ahead of departure are still an official requirement. Unless, of course, you can present a vaccination card.

The full Forbes Mexico Top 10 Latin American Destinations For 2023 can be seen in full below: 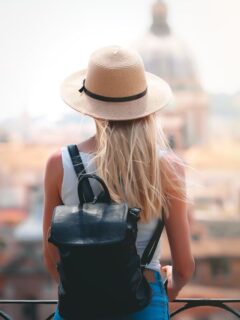 Previous
5 Reasons You Should Take A Solo Trip In 2023 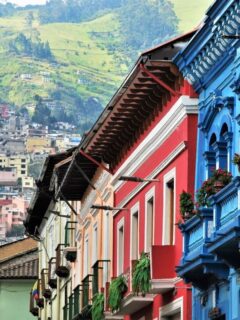 Next
Only 4 Tourist Destinations In South America Are Fully Open For Tourism Heading Into 2023
Click here to cancel reply.