In the last year, the consumer price index for airline tickets has shot up by 25% — the largest jump since the Federal Reserve of St. Louis began tracking the index in 1989. In April alone, airfares spiked by 18.6%, according to the Bureau of Labor Statistics.

Even though airline prices are soaring, Americans aren’t hesitating to break out their credit cards and book a trip. A recent Bank of America Institute survey showed spending at airlines and travel agencies is up a whopping 60% year-over-year.

At the same time, as Americans continue to grapple with 40-year high inflation rates and resource-strapped airlines work to get more planes in the air, traveling on a budget seems to be nearly impossible.

Flight prices are pushing travelers to the breaking point

Since the beginning of the pandemic, many airlines have been drowning in debt and struggling to return to a state of profitability.

Now, with travel restrictions easing across the world and higher operating costs to deal with (like higher jet fuel prices), airlines are desperate to serve travel-deprived consumers — and for a major profit.

This is extremely evident when looking at domestic airfares across the country. Many Americans are looking for domestic travel to enjoy their vacations this year but the cost of some airfares is simply out of control.

These are the top 5 most affordable U.S. airports for domestic flights

NetCredit analyzed data from the Bureau of Transportation Statistics to identify the average cost of a flight from major airports around the country.

Many of us default to the biggest airports when searching for flight deals. But prices vary even between the big commercial hubs, and you can often find a cheaper or quicker option nearby.

Competition is a major factor though, with prices often cheaper at big airports with multiple airlines or rival airports nearby. Plus, airlines see some airports as hubs for business travelers who are less choosy about higher fares.

So it does pay off to do some research. Take a look at these 5 most affordable U.S. airports for domestic flights.

Atlantic City Intl is the cheapest US airport in NetCredit’s study. But Florida airports dominate the cheap list, making Florida the second-cheapest state on average.

As a tourist hotspot, Florida has more hub airports than any other state, ensuring strong inter-airline competition which is partially responsible for airfare affordability.

Be smart and book ahead to save on airline tickets

At the end of the day, flying domestically this summer can get very pricey, but if you do your research and compare prices out of different airports, you can save yourself a lot of money.

For example, Los Angeles Intl (LAX) can be pricey. But there are six airports in California that are cheaper than LAX. Long Beach Airport is just a 20-minute drive away and offers California’s cheapest flights from its single, terminal.

How Travelers Should Prepare For Busy Airports This Summer 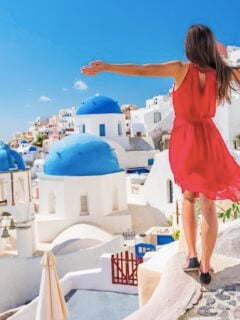 Previous
U.S. Travelers Will Save On EU Trips As The Dollar And Euro Almost Hit Par 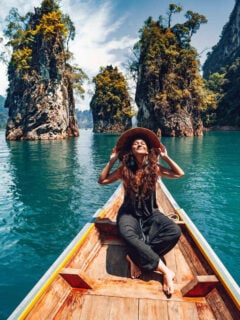