Once one of the strictest countries in the world regarding pandemic management, Thailand is proposing to declare Covid an endemic disease in three major tourist hotspots. Soon, tourists may enjoy a much freer Phuket, Koh Samui and Koh Chang, ahead of a wider relaxation in rules already set to take place later in the year.

The measure was announced by the Public Health Ministry itself, reinforcing rumors the so-called ‘endemic sandboxes’ will become a reality soon. Throughout the crisis, the Ministry had been one to back several restrictive measures that, in effect, barred a majority of tourists from entering Thailand.

The announcement signals a drastic change in approach for the Ministry, as health officials seem to be finally willing to back reopening efforts:

As reported by the Bangkok Post, the Public Health Ministry will propose an ‘endemic sandbox’ initiative in the upcoming days. Essentially, the newly dubbed endemic sandbox status would apply to specific destinations within Thailand where pandemic trends are favorable enough for the virus to be declared endemic, and where it is no longer as disruptive.

So far, three potential candidates have been named, including the island of Phuket, where Thailand’s most popular beaches and natural attractions are centered. Becoming an endemic sandbox would most certainly change the urban landscape of Phuket City, the island’s capital and a city that has endured severe restrictions from the beginning.

It would allow night entertainment venues to reopen with very few limitations, and other social curbs such as social distancing to be finally scrapped. Offering what is maybe Thailand’s liveliest nightlife, and thus being one of the country’s most sought-after destinations, Phuket City would benefit tremendously from being selected as an endemic sandbox.

Two other islands are also being courted by the Public Health Ministry with an endemic sandbox promise: Koh Samui, Thailand’s second largest island and a part of the Surat Thani province, and Koh Chang, the aptly titled ‘elephant island’. Much like Phuket, these two hugely popular destinations have also struggled with lower tourist figures since Covid.

Before the pandemic, which prompted Thailand to set up defenses at its outer borders, Koh Samui used to attract millions of foreign tourists. Boasting rainforests, luxury resorts and being the gateway to the iconic Big Buddha statue, located on an islet connected to its mainland, it is no wonder this island is a strong endemic sandbox contender.

Koh Chang is, in turn, popular among hikers and solo adventurers. Its most famous landmarks include the small village of Bang Bao, a traditional Thai settlement built on piers, and Hat Tha Nam, a paradise beach featuring a backpacker party scene. By claiming an endemic sandbox badge, Koh Chang could reconquer its post as one of Thailand’s leading travel destinations.

Does This Mean Phuket Will Have No Restrictions?

On May 12, Kiattiphum Wongrajit, Thailand’s Permanent Secretary of the Public Health Minister, gave the green light for entertainment venues in Phuket, Koh Samui and Koh Chang to formally resume activities. Now, nightclubs and other similar venues in Thailand’s top 3 tourist islands no longer need to operate as part-time restaurants to avoid total closure.

On top of that, Wongrajit confirmed his intentions to further relax social curbs in those 3 destinations: besides having already allowed entertainment venues to return to normal, he will be seeking approval from the CCSA – Center for Covid-19 Situation Administration, to implement the new ‘endemic sandbox’ scheme.

Should the CCSA agree with the plan at the next meeting, scheduled for May 20, the three islands will be the first in Thailand to declare Covid as an endemic virus. Other islands could also be following suit ahead of the wider July reopening, as long as they meet the expected criteria:

Phuket, Koh Samui and Koh Chang all seem to have satisfied these requirements, as noted by Wongrajit: ‘we selected islands that are the country’s top tourist destinations first because their areas are limited and diseases can be easily controlled there‘.

Unlike Mexico, however, where Covid has also started being treated as endemic, Thailand’s proposed endemic sandboxes will not mean a complete removal of restrictions. In fact, Thai authorities have an arguably unorthodox concept of what an ‘endemic disease’ means and have stood by their conservatism upon announcing the scheme.

According to the Bangkok Post report, nightspots will be indeed able to reopen in the endemic sandboxes, but will remain subject to some restrictions. Customers will still be expected to provide a vaccine certificate, and people with underlying health issues will be urged to avoid these venues altogether.

Current measures applying to public transportation, including mask wearing, will also remain in place, even after an island has been admitted into the ‘endemic’ club. These prove an endemic status could mean anything from zero Covid measures to more relaxed restrictions, depending on the country.

How Far Has Thailand Actually Come With Its Reopening Plan?

Barring a few exceptions, entertainment venues in Thailand have all been virtually closed for the best part of two years since some of the world’s most stringent measures were imposed across the country. Due to repeated viral surges in nightclubs, ‘gentlemen’s clubs’ and other venues serving alcohol, the government cracked down hard on nightlife.

As a result, a majority of club managers have had to reimagine their businesses, adapt to the ever-changing scenario, and sometimes even operate as converted restaurants, in order to apply for a SHA+ status. Being a SHA+ business means having more than 70 perfect of staff fully vaccinated, besides observing other health requirements.

For that reason, tourists who did manage to bypass most restrictions during 2020 and 2021 might have experienced a different Thailand altogether: a country where restrictions were the norm and its once-famous, more relaxed atmosphere seemed forever lost. Luckily, Thai authorities have taken a U-turn and are now dropping some curbs.

They now allow vaccinated tourists to enter testing-free, and have proposed to launch a new ‘Vaccine Passport’ to make traveling to Thailand less bureaucratic for some. While the surviving restrictions may still prove discouraging to some travelers, the Ministry’s wording and its apparent acceptance of Covid as an unavoidable reality indicate Thailand is on a path to fully reopen – albeit at a slower pace.

Welcome Back To Thailand: Top 5 Places You Should Visit in 2022

Thailand To Start Charging An Entry Fee From August

American Tourists Continue To Be Banned From Japan Despite Asia Reopening 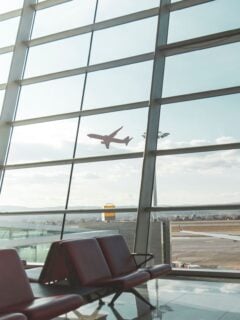 Previous
These Are The Top 5 Most Affordable U.S. Airports For Domestic Flights 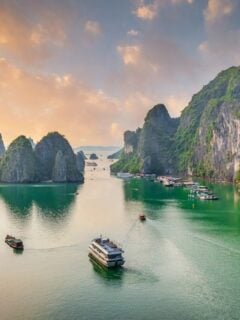 This is just more of the same safe saving bureaucrat speak that means absolutely nothing. Y'all should ignore all these press releases from Thailand until they actually make a meaningful change: entry the same as 2019.

Thank you for your paper. Just one thing... "Thailand is on a path to fully reopen" Mmm... I don't really think so. We have to take into account 3 things before saying such a thing. First, we know that Thailand goes with baby step on that topic, so it can last months or years before we come to a fully reopened situation (if...). Second, we also know that many countries are sometimes going further and then they go back to more restrictions few weeks later. Finally, "fully reopen" means fully reopened. So it means that unvaccinated or non fully vaccinated people are facing the same restrictions and freedom that vaccinated people. As long as it won't be the case, we can not talk about "fully reopen". Good luck everyone, one day covid will be a very old dark story.

"Authorities taking U-turn"? Please. Covid pass required to enter venues, face masks in place in a humid and melting hot Phuket - that's not U-turn. That's lunatic's walk. Every 2 weeks a new set of revolutionary rules that bring nothing but confusion. Just go to one of the 30 or 40 covid-free countries and enjoy your vacation instead of participating in this madness.