At last, Time Magazine has revealed its yearly list of the World’s Top 50 Greatest Places. While some old classics have unsurprisingly made the list, such as Miami, Istanbul and Bali, a couple of up-and-coming destinations were also featured, including a beach strip in Mexico that attained the coveted title of World’s Hidden Gem. On this post, you will learn why this destination has been awarded the honor, what makes it special, and where exactly you should go based on your own travel preferences.

Although Cancun and the wider Riviera Maya get all the international recognition, this spot has equally stunning beaches. It runs for nearly 200 miles up Mexico’s Pacific coastline, nestled between the historical San Blas port and Banderas Bay, where countless natural landmarks and picturesque seaside towns can be found.

Mexico’s Next Cancun Is Ready o Be Discovered

In compiling the list, Time accepted nominations from their international network of ‘correspondents and contributors’, with a particular focus on ‘new and exciting experiences‘. Each destination was then granted a unique title, such as Seoul, named ‘The Smartest City’, or Nairobi, deemed a ‘Cultural Metropolis’.

As an off path travel blog, we couldn’t help but gravitate towards 2022’s ‘Hidden Gem’ – or namely, the absolutely stunning Riviera Nayarit in Mexico, that does not get half as many tourists as the ultra-packed Cancun or Tulum, though it is definitely growing in popularity. As Time Magazine points out, Nayarit is home to the Pacific’s ‘most unspoiled tropical beauty’.

Mexico has always been a vacation hotspot, and its relaxed attitude towards Covid have now crowned it the unnoficial ‘King of Tourism‘. This year alone, 40 million visitors are expected, superseding major tourism powerhouses, such as Spain and France, whose weaker-than-expected rebound is attributed to stricter health regulations.

Mexico has been open to tourism from the get go, long before vaccination certificates were introduced for travel and all of these European countries started dropping curbs. This bold move is now being acknowledged, with Time adding country’s rising star as one of the top picks on its revered yearly travel list.

What Are Some Of Nayarit’s Strongest Assets?

As the publication details, the ’emerald forests’ of Sierra Madre and the clear blue Pacific Ocean are two of Nayarit’s strongest assets, as well as its extensive list of luxury hotels that are either open for the season, or will launch soon. The best thing is: it doesn’t matter which hotel you’ll be staying, you’re never too far from the ocean.

Time specifically mentions the all-inclusive haven of Susurros del Corazon, an Auberge Resorts, scheduled to open this November. Additionally, the magazine lists the all-inclusive, adults-only Naviva resort as one of the reasons why the Nayarit Riviera is the ultimate vacation destination. In fact, it might as well become the next Cancun, especially now that safety concerns are widespread across the Riviera Maya.

On top of that, the beaches in Nuevo Vallarta, the gateway into Nayarit, have been named the third best in all of Mexico, beating the crowded Playa Delfines in Cancun and Cabo’s Medano Beach. Snorkeling and horseback riding tours are among some of the other best rated activities tourists can undertake in the region.

Where To Visit In Riviera Nayarit?

The Riviera Nayarit is divided into five sections:

Bahia de Banderas is home to Nuevo Vallarta and all of the most popular hotels, including several golf courses and family-friendly beaches. Southern Nayarit, on the other hand, is the furthest point from the main urban centers, and where various secret beaches and small Mexican towns are ready to be discovered.

If you’re looking for more classic Mexican cityscapes, with all the vibrant colors and Instagrammable streets, then you should head instead to Jaltemba Bay, especially the towns of Rincon de Guayabitos and La Peñita. Central Nayarit is for the countryside, animal sanctuaries and outdoor tourism; lastly, Northern Nayarit is where Mexico’s colonial past is displayed in both architecture and customs.

San Blas, in the Northern section of the Riviera, is renowned for its Spanish-era architecture, 18th century ruins, museums and the landmark Las Ilitas cliffs, a must-see for all who visit the state. As you can see, the Riviera Nayarit truly has it all, from culture to beach retreats, and it is really no wonder Time Magazine has named it 2022’s Hidden Gem. Luckily, several American Airlines offer direct flights there. 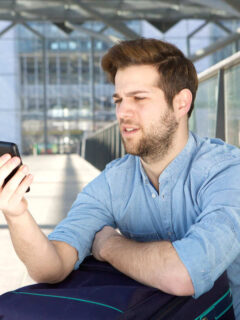 How about the cartels there?

Have been going to this area for years and it is wonderful. DON'T TELL ANYONE!