Now that airlines are failing to fulfill their summer schedule and their cancellation rates are skyrocketing, Spain is making some train journeys completely free, as well as slashing public transport prices by 50% in metropolitan areas. In sum, traveling around mainland Spain this summer will no longer be super expensive as it once was.

Spain is the latest European country to actively promote travel by train, following fellow EU member Germany, which introduced a nationwide 9 euro ticket throughout summer. Like most of Europe, the Iberian nation is now keen on investing heavily in rail, as opposed to helping airlines out of the mess they are in following a catastrophic start of summer.

But there’s a catch other news outlets are not telling you:

Free Train Rides, But Only For Multi-Journey Tickets

As announced by Spain’s Prime Minister Pedro Sanchez, starting September, passengers will be able to travel either for free, or with a hefty discount on numerous ‘Renfe’ trains across the country. Renfe is Spain’s state-owned rail company, operating on the Spanish mainland and providing easy links across the bulk of the Iberian Peninsula.

To put it simply, travel within metropolitan areas, nearby municipalities, and destinations less than 300 km away will be completely free of charge from September 1 until December 31, 2022. The one big downside? Single-journeys are not included in the measure, as it applies applies to multi-journey tickets, including a minimum of 10 return trips.

While public transport prices had already been cut in half by the Government earlier this year, in a bid to ease the burden on those struggling with the record-high inflation rates, now they will have to pay absolutely nothing when accessing Renfe’s ‘Cercanias’, ‘Rodalies’ and ‘Media Distancia’ services.

Digital Nomad Traveling Spain? Then This Is A Good Deal For You

This is obviously mainly aimed at Spanish workers commuting daily between different cities, but who’s to say travelers cannot benefit from the policy as well? If you’re a slow paced traveler – hello, digital nomads – you should definitely be able to save some money on public transport as well, especially when traveling within Spain for a few weeks.

Seeing that journeys of up to 300 km are covered, travelers visiting Spain for longer will be able to go back and forth between any cities of their liking, for free, up to 10 times. We don’t know about you, but we wouldn’t mind taking several day trips from Barcelona to the picturesque medieval city of Girona, one of the hidden gems of the region of Catalonia, or the gorgeous Pueblos Blancos, located a short train ride away from Seville.

As the Independent puts it, season ticket holders (e.g. residents and those staying in Spain between longer, usually between one and three months) will be the main beneficiaries. Even then, tourists taking a week-long trip to Spain will still enjoy 50% off on metropolitan routes in major vacation spots, like Barcelona and Madrid. Everybody wins!

Where Can You Go Less Than 300 Km Away From Spain’s Main Cities?

If you’re not in a rush to leave Spain this summer, here are some of the destinations under 300 km away from the nearest main cities you could consider for complimentary travel. Trust us, once you’ve been there once, you will want to keep coming back, not once, but ten or more times. Yes, Spain truly is that exciting:

Whether they are digital nomads making Spain their temporary residence, or simply visiting on a short break, one thing is for certain: free travel and/or tickets for half the price are now widely available at Renfe ticket collection points, and exploring the country by rail has never been easier – or more affordable. More information on the policy can be found on Renfe’s official website.

Luxurious Train Travel is Trending in the U.S. 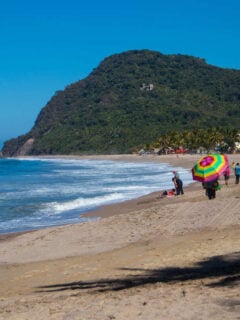 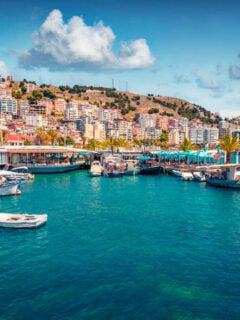 Just checked with the ticket counter. Up to 16 rides over will get free ride. leave a deposit when purchase ticket, and get refund on Jan 2023. It isn't really for tourists.

At least it's a good thing that traveling by train is promoted. The train has always been and still is my favorite means of transport but unfortunately in lots of European countries it's ridiculously expensive. I've never understood why flying - which is worse for the planet and also boring - is cheaper than taking a train... I can't wait for more traindeals to come, going to Germany next month to travel for just 9 euros :-).