Flying cheap isn’t always best, and it may not turn out that great of a deal at all. This is particularly true in Paris, the capital of France and one of the top four destinations in Europe and a major international hub served by three airports, one of which offers the lowest possible fares – but has passengers landing nearly 50 miles out of the city.

Ever since France fully reopened, scrapping mask requirements and allowing U.S. tourists in without vaccine requirements or testing, travel demand has risen to record highs. Millions of Americans have flocked to the country to catch a glimpse of the shimmery Eiffel Tower at midnight, but as some of them might have learnt, one airport in particular is best avoided.

Especially if you’re in a hurry to get to central Paris or on a short stopover, and if you really want to cut down on costs:

Americans Country-Hopping Across Europe, Beware Of This

There are three airports serving Paris:

If Paris is the first stop on your European trip, and you’re flying direct from the U.S. or Canada, you’ll land in either Charles de Gaulle (CDG), France’s busiest and best-equipped airport, or Orly (ORY).

Getting from CDG to central, or anywhere in Paris is pretty straightforward: there are several metro links, public buses and private transfer options.

As France’s second most important point of entry, Orly (ORY) is also well-connected, boasting train connections and shuttles headed for Paris. Due to their relative proximity to Paris, and the fact that full-service airlines are based there, flights leaving from those hubs can cost significantly more. Sometimes, hundreds of euros plus.

There is a third, much more affordable option: Beauvais (BVA). The third Parisian airport, it handles nearly 4 million passengers yearly and it’s mostly used by charter and budget carriers. Served by nonstop flights leaving from dozens of European and African destinations, sometimes priced as low as as 10 euros one-way, it can be anywhere between 40 and 100 euros cheaper to transit than CDG or ORY.

The only downside to traveling to and from BVA? It is located roughly 50, or 47.2 miles out of Paris. Surprisingly, Beauvais is not even within Paris’ municipal boundaries, taking its name after the nearby town of Beauvais. As you might have guessed, it is not the easiest hub to reach, nor the smartest pick if you’re transfering between airports in Paris.

In comparison, CDG is a mere 20 miles away from Paris, and ORY an even shorter 8 miles.

How Challenging Is It To Get To Beauvais In Time For A Flight?

There are no trains departing from the airport terminal headed for the city, and local taxis or Ubers will charge you an eye-watering 170 euros by day, or 210 euros by night just to drop you off at your hotel in the 1st arrondissement.

With that being said, there are numerous shuttles operating on the BVA-Paris route every hour, but you’re looking at a 1h30 of transfer time at best, or up to 3 hours at worst when there is major disruption or traffic jams. You read that right: landing this far out, it will take you around of two hours to hit downtown Paris.

In other words, if you’re staying in Paris and flying out of BVA, you’re best advised to leave for the airport between 5 and 4 hours in avance, or up to 6 or 7 when there are roadblock alerts. After all, it’s not only the tiring trip you should be worried about: arriving at Beauvais, you’ll be joining a lenghty line of passengers cramming into the tiny terminal as they wait to go through security.

In summer, wait times can be excessively long, as seen in summer 2022, when thousands of passengers missed their flights in spite of arriving early to the airport. As one customer shared on a TripAdvisor forum, she barely made it through departures for the final boarding call due to long queues for the shuttle in Paris:

‘We had an evening flight and we weren’t too sure of rush tour traffic in the city‘, she says, before conceding arriving at the bus terminal 4 hours ahead of departure still wasn’t enough time for a stress-free transfer: she only managed to board a bus 2.5 hours after joining the line. According to the TripAdvisor member, ‘queues streaked down the street’.

In sum, if you’re visiting Paris for a day or two, or you’re simply transferring between two different airports, booking flights through BVA is, more often than not, a big gamble.

The Cheapest Alternative May Not Be That Cheap, After All

That’s not the only dispiriting thing about Beauvais: as it is used exclusively by low-cost airlines, the cheapest possible fare is usually rather deceptive. Flying on Ryanair, for example, customers must extra pay to include a 10kg cabin bag, or add hold luggage. This usually entails anywhere between 6 and 30 euros extra, per bag.

Europe’s famous ten-euro flight tickets are not a myth, but once secondary costs are added up, you’ll realize you’re better off booking through AirFrance instead, especially when the other two airports closer to Paris boast the best city-bound links. In BVA, it’s never only a ten-euro flight ticket – unless, of course, you’re willing to travel with a hand item only observing strict dimensions and that must fit under the seat.

It doesn’t end there: a shuttle ticket between BVA and Paris costs 16.90 euros one-way, so if you’re flying into and out of BVA, you should budget in an extra 34 euros for the shuttle. Of course, it won’t even take you as far as central Paris: it terminates at Porte Maillot, a bus stop in the 16th arrondissement, 41 minutes on foot from the Eiffel Tower, and an even farther 1h16 minutes walking to Ile-de-la-Cite, Paris’ historical core.

Arriving to Porte Maillot, your options are either hoping on one of Paris’ overpriced cabs, or taking the metro – in rush hour, carrying luggage and probably exhausted after flights and a two-hour transfer time from the airport? I wouldn’t recommend.

Of course, there are some excellent offers to be considered every now and then: just this week, I paid around 45 euros for round-flights between Paris BVA and Gdansk, in Poland, being allowed one small item of hand luggage only. Shuttle included, it was still far cheaper than flying out of CDG or ORY, where there is no nonstop service available, and a roundtrip can cost as much as 240 euros.

I didn’t add hold luggage, however, and left many hours in advance to ensure I would board in time.

At the end of the day, Beauvais is proof that, at times, it’s best to book your last night of vacation closer to the airport in order to optimize time and avoid disruption. Being a small hub, Beauvais doesn’t have an airside accommodation for overnight stays – in fact, it doesn’t stay open through the night.

Luckily for tourists, the neighboring town (3.2 miles from the terminals) is a well-developed transit hub with an extensive list of hotels to pick from at reduced rates. If you’re planning on transiting BVA, make sure the ‘Beauvais ordeal’ is indeed worth the twenty euros you’re sparing, and that there are no hidden costs compared to competing airports in the wider Ile-de-France region.

Lastly, plan your journey wisely taking into account the airport’s remote location, and any potential delays that may occur. 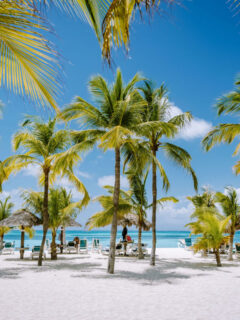 Previous
These Are The Most Popular Caribbean Resorts For 2023 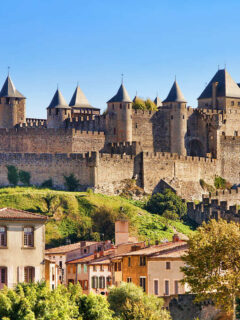 Next
4 Of The Most Beautiful Medieval Cities In Europe To Visit For 2023
Click here to cancel reply.