The breathtaking landscape of Asia has long had a pull on travelers. The ancient buildings and rich history of China, Japan, South Korea, and many other countries coupled with their natural beauty makes these places an obvious choice for travelers looking to get the most out of their vacations.

Many movies have been made in and by these countries over the years that put their cultures and landscapes on stunning display. While many countries are not yet open for tourism, there is nothing wrong with beginning to plan and daydream about your next trip. Here are our top 10 destinations in Asia from movies that inspire your wanderlust.

This 1987 epic biographical film holds the prestigious title of being the first movie to be filmed in the Forbidden City in Beijing. As it follows the life of Pu Yi, the last emperor of China, this film takes its viewers on a visually breathtaking tour of the 9,999.5 rooms of the Forbidden City. This series of buildings was built between 1406 and 1420 and covers almost 200 acres of land.

Another stunning location featured in this film is the Kunming Lake in the gardens of Yiheyuan, also known as the Summer Palace.

Although some of the filming for this iconic movie took place in New Zealand, both Kyoto and Himeji in Japan were heavily featured.

Kyoto was the capitol of Japan and the emperor’s residence from the late 8th century through much of the nineteenth century. It features ancient and beautiful castles, including the Imperial Palace, as well as temples such as the Tofukuji Temple, surrounded by breathtaking natural landscape and gardens. The striking Himeji Castle, which is considered Japan’s most beautiful surviving feudal castle, is one of Himeji’s most popular draws.

This beautiful story follows two teenagers through life in a small Indonesian village in the 1960s. It is set and shot in Purwokerto, Central Java. This lesser-known destination is beloved for providing its guests with a laid-back and relaxing atmosphere. The grand waterfalls and natural hot springs of the surrounding Banyumas area add to this destination’s natural beauty.

Most of the sprawling locations of this beautiful film are from the Anhui, Hebei, Jiangsu, and Xinjiang provinces of China. Although filming started off in the Gobi Desert in Mongolia, this movie primarily puts the natural beauty of China and its breathtaking historical buildings on display.

The ancient Chinese village of Hongcun is featured in the beginning of the film. A visit to Hongcun shows travelers an ancient and historic village set up in the shape of an ox and built almost 900 years ago. This village features many ponds and water channels that run through the buildings, which were designed to promote prosperity. The bamboo forest near Mukeng, just a few miles from Hongcun, was also used as a setting for this film. But the beautiful Cangyan mountain temple steals the show.

Showing off many stunning locations, from grand cities to the beautiful countryside, Crazy Rich Asians will make you want to tour Southeast Asia in style. You can tour the vertical gardens of the Supertree Grove in Singapore for free from ground level or for a small fee from a skywalk. Or visit Langkwai, a more remote filming location about an hour-long flight from Kuala Lumpur.

This Oscar-winning film shows off Seoul. Seongbuk-dong, a particularly fashionable neighborhood of Seoul shown in the movie, boasts many art museums and several shrines. And if you’re looking for a historic adventure, a tour of the Gyeongbokgung Palace, built in 1395, will not disappoint.

This beloved Wes Anderson film follows three brothers, each with his own struggle, on a soul-bearing train trip across India. Although the train used in the film was fabricated, there is a more luxurious way to follow their route. The Maharajas’ Express is a luxury train that will take you through much of the Indian countryside featured in the film.

The city of Jodhpur, with its iconic blue buildings, lends its look to the film. Jodhpur will sweep you off your feet. Enjoy its stunning desert landscape and the museums of the city.

The director of this film, Kim Ki-duk, wanted to portray the peaceful life of a monk surrounded by nature. In this film, which spends all of its time on the Jusanji Pond in North Gyeongsang Province, South Korea, follows its characters through four seasons as they age and grow.

This man-made reservoir was dug out in the 1700s and has been a source of peaceful and picturesque scenery ever since. Cities in this region of South Korea are known for a variety of things, from particularly delicious apples to famous temples.

This romance film about two people falling in love in the enchanting city of Hong Kong displays Hong Kong at its best. Hong Kong has long been known for being a beautiful harbor city with delicious food. Travelers to Hong Kong can enjoy everything from boat trips and hiking to seeing the Tian Tan Buddha.

This classic film from 1954 was filmed in the Shizouka Prefecture of Japan. Along with being famous for its tea and hot springs, Shizouka is probably most famous for its iconic landmark, Mount Fuji. If you travel to Shizouka, don’t miss out on a trip to the hot springs of the seaside Lake Hamanako. 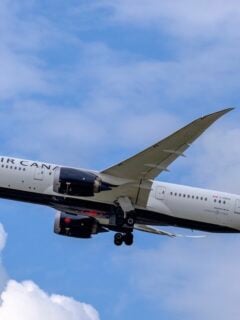 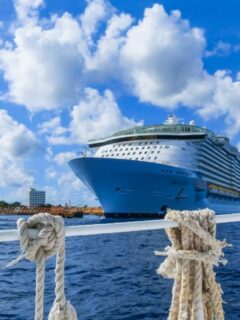 Next
Royal Caribbean Will Sail From These 5 New Home Ports By Summer
Click here to cancel reply.

Feeling more angry now than inspired. I usually travel to Asia and am really upset it is going to be closed for years.

Sadly all those countries are off limit for many years ahead