The government’s aim to reduce travel by imposing a mandatory hotel quarantine has gone as planned; the number of inbound travelers to Canada has dropped nearly 55% since the policy was introduced last month.

Canada Border Services Agency (CBSA) data reveals that between February 22 and March 14, a total of 65,253 travelers arrived in Canada by air – a slump of 54.7% since the obligatory hotel quarantine took effect.

Meanwhile, land travel climbed 8.9% in the same time frame, despite current border restrictions, equaling 546,083 travelers by land. Notably, the hotel quarantine is not imposed upon travelers entering through the land border.

In a bid to curb the spread of COVID-19, Canada shut its air and land borders to nonessential travel during the onset of the pandemic in March 2020.

Given the land border is currently limited to essential travel, the majority of arrivals by land are essential workers exempt from quarantine. There is a 72-hour testing requirement (molecular test), with some exclusions such as commercial trucks.

Select groups of Americans are able to enter on compassionate or reunification grounds, as well as those with long-term work or education visas while adhering to entry requirements, namely testing and quarantine.

Concern Regarding Effectiveness of Hotel Quarantine

The hotel quarantine mandate is under scrutiny for many reasons.

Constitutional rights advocate group, the Canadian Constitution Foundation, launched a legal challenge of the federal government quarantine requirement earlier this month, which was dismissed by the Supreme Court on March 22. The group had claimed that the federal policy violates sections 6, 7, 9, and 12 of the Canadian Charter of Rights and Freedoms.

Subsequently, the ruling issued by Justice Frederick Myers stated that the federal mandate “is deeply rooted in science and comprehensive public policy development.” Myers added that the public interest in curbing the spread of COVID-19 and new variants of the virus outweighs the arguments in favor of an injunction that would tentatively suspend the order, which is set to expire on the 21st of April.

U.S. Looking To Lift International Travel Bans By May 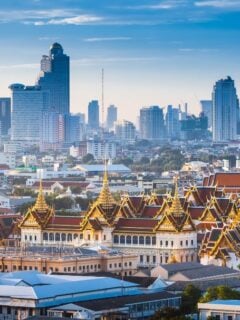 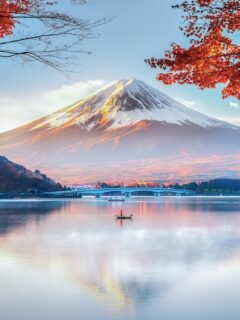 Next
Top 10 Asian Destinations From Movies That Will Inspire You To Travel
Click here to cancel reply.

Everyone is tired of this paternalistic rule by our low IQ drama teacher, and his wokeness cabinet. Its like a Disney movie gone wrong. By the way, this throwing the suspicion on travellers causing disease is the origin of xenophobia.