U.S. Looking To Lift International Travel Bans By May

Americans are ready to travel, airlines are picking up, and vaccination counts are increasing. Meanwhile, travel bans and restrictions are still in place – limiting the scope of movement for over a year – with no end in sight. Amidst the obscurity of when travel will return to how it once was, there is now a potential timeframe as to when international borders may reopen.

Sources from the White House said that President Biden is “looking toward the middle of May” to rescind travel bans. The administration is looking at lifting the following travel restrictions:

Although these policies have not yet been repealed, the administration continues to evaluate the prospect of reopening the land border with Canada and Mexico on a monthly basis; The latest extension prohibits nonessential travel until at least the 21st of April. The series of extensions has passed the one-year mark as all three nations persist in their efforts in the battle against the pandemic.

While the U.S. vaccination campaign reigns in international ranking, the same cannot be said about its North American counterparts. Canada’s sluggish start in vaccine rollout led Prime Minister Justin Trudeau to suggest everyone “wait patiently until such time as the health situation allows us to loosen border restrictions internationally”.

Looking to the South, the U.S. has asked Mexico to actively enforce safety measures, namely mask-wearing, and improve testing before the border reopens.

International Travel to the U.S.

On the international front, U.S. borders shut down to most non-citizens and non-residents following the inception of the COVID-19 pandemic last year. Former President Trump issued an entry ban on travelers from the EU at the peak of the first wave in March 2020. Yet just before his exit from office in January, Trump signed an order to lift the restrictions which consequently failed to materialize as the succeeding administration opted to further extend the ban particularly due to the emergence of new variants overseas.

Meanwhile, as more of the world becomes vaccinated, countries are beginning to ease travel restraints. CNBC reports that interagency working groups in the Biden administration have agreed to revisit the issue on a weekly basis as new data becomes available. In this regard, a senior administration official stated:

“There is going to be a sea change in mid-May when vaccines are more widely available to everyone”.

Conflicting views among officials seems to be derailing the progress as public health experts caution new variants that could transmit in communities that are reopening too soon, while on the contrary, other officials note that all international travelers are required to test negative before boarding, curbing the risk of transmission. These two views, according to sources, have offset each other in deliberations.

U.S. Gov’t Urged By Aviation Industry To Reopen Borders By May

There is a lot to look forward to in the upcoming months; Lobby groups and trade organizations from the aviation and tourism industries have urged the U.S. government to lift travel restrictions on foreign tourists.

Signatories from 26 industry groups called on the Biden administration to devise a clear roadmap to restart international travel and recover the U.S. economy. Among the elements of the recovery plan is the development of digital vaccine/testing certification and leveraged requirements for vaccinated individuals. The groups requested for the changes to be in effect by the first of May, so that “the country can open up to non-U.S. tourists before the summer travel season.”

Will the Lifting of Restrictions be Mutual?

While the U.S. may possibly reopen to international visitors by summer, it’s not necessarily a two-way street. 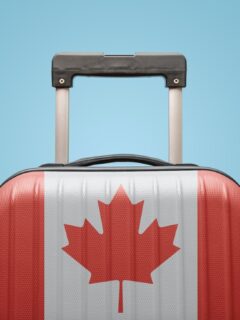 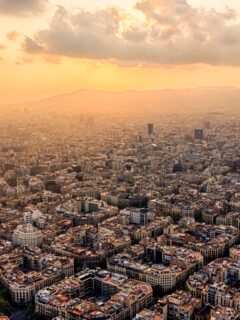 Our rules for entry are already more generous than SEA and EU, allowing for entry if in a safe country for 14-days. Given that we're already giving countries vaccines that we invested and paid for, countries should need to reciprocate to allow Americans in. Biden shouldn't end the "ban" without ensuring diplomacy and that responsible Americans can get reciprocal entry in return.

Thanks for this. At long last we see the beginnings of USA leadership in this and it would help tremendously as UK and Japan amongst others would follow.