Europe in general, but especially nations included the European Union, have been virtually sealed off to much of the world for over a year now, but the latest news shows signs this is about to change.

Signals, press releases and statements from officials all across Europe are showing a massive trend in positive reopening news, which all point to suggest Europe will be ready to receive international tourists this summer. In fact, most of the recent news theorizes that the European tourism season might be kicking off as early as May, which seems to be a key month in most plans.

Here are 7 major news events this week that all point to Europe reopening for worldwide tourism this summer:

Portugal has managed to dramatically flatten their curve of new cases over the last 6 weeks, which has led some officials to make some promising statements.

Rita Marques, the secretary of state for tourism in Portugal told the BBC “For the time being non-essential journeys have to be restricted but we believe Portugal can allow unrestricted travel very soon – not just for vaccinated people but for those who are immune or who have tested negative.”

Plans are expected to be announced by the government this week about easing lockdowns and opening up services and activities throughout different regions, which could begin as early as April 1, 2021.

Spain has also been buzzing with news of reopening tourism, especially around vaccines.

Maraa Reyes Maroto, Spain’s tourism minister, stated the government plans to start reopening the country’s tourism sector when 30-40% of the nation’s population has vaccinated.  With current supply and incoming orders, this could happen as early as May.

Many regions in Spain are also considering utilizing vaccine passports to allow tourism to return before summer. Take Ibiza for example, they have plans to run their own vaccine certificate program to allow passengers from all over the world to visit the island by the summer, Schengen Visa Info reported earlier today.

The UK’s travel ban is set to lift May 17, 2021, in which having a planned end date has allowed time for not only the tourism industry to prepare, but also gives confidence for holidaymakers to start planning trips.

Many surrounding nations rely on a steady stream of incoming British travelers for a successful tourism season, all while the UK remains a vital transit hub for global travelers. The restart of international travel for the UK in May will also reboot many struggling airlines and resume dozens of important flight routes back into service.

Like the above-mentioned countries, Greece is also hoping to welcome back tourists from all nations starting in May.

“Tourists will be welcome if before travel they are either vaccinated, or have antibodies, or test negative. All tourists will be subject to random testing,” stated their tourism minister, Haris Theoharis.

Greece has been one of the only EU nations to slowly expand the list of approved third-party countries beyond the list suggest by the EU, including countries like Israel, UAE, and most recently Russia. Greece’s flexibility gives positive signals about expanding their third-party list even further, which will hopefully soon include North America.

While France still has the highest active case numbers second only to the USA, even they have begun to relax some entry rules bit by bit.

Today France announced the list of third-party approved nations (including Australia, South Korea, Japan, New Zealand, and Singapore) will no longer need to have a compelling reason to travel to France. Importantly, France also added the UK and Israel to the approved third-party list, which shows movement and flexibility not seen from the nation in months.

Vaccines aide in reopening plans for many EU nations

Currently, 5 EU nations have already amended their entry requirements to acknowledge and make exceptions for fully vaccinated travelers to enter without restrictions. Yes, at this point they only include travelers from fellow EU nations, but the quick pivot in re-writing their border rules shows positive signs that this could quickly expand to visitors beyond the EU this summer.

The EU countries that have already changed border laws include: Romania, Cyprus, Iceland, Lithuania and Poland. Greece, Denmark, Spain, and Portugal are all rumored to soon join the list.

Iceland has announced that all travelers in the EU and approved third-party countries who have been vaccinated against Covid-19 will have restriction free entry beginning on May 1st, 2021.

Lithuania, as of Feb 22, 2021, is now allowing fully vaccinated passengers to be exempt from the 48-hour pre-flight PCR test as well as the 10-day isolation requirements.

The Polish government has announced that all travelers coming from approved countries who have been vaccinated for Covid-19 will be exempt from the mandatory 10 day quarantine.

Romania has lifted all travel restrictions for tourists who have been vaccinated within the EU, allowing them to bypass the 14-day quarantine.

Cyprus announced they will be allowing vaccinated tourists to bypass testing/quarantines from Israel as of April 1, 2021, and from the UK as of May 1, 2021.

While the EU has announced plans for a digital vaccine passport ahead of summer, some EU nations (like Portugal and Greece) have recently expressed their intention to also allow non-vaccinated tourists in as well, as long as they can show recovery from the virus or bring a negative test with them.

Many are unaware but major cruise line MSC has been sailing successful back-to-back itineraries throughout Italy, Malta, and Greece for weeks already. Due to their success of cruising during the pandemic, in May they are adding additional ships and resuming port stops in additional countries like Croatia, Montenegro, and Albania.

The UK has also announced that when the travel ban is set to be lifted in mid-May, cruising will also be permitted to resume.

It seems that as of March 2021, we are on the precipice of major changes in the tourism industry. The next 6-8 weeks will be key in determining which European countries can safely welcome back the tourists that yearn to be there. 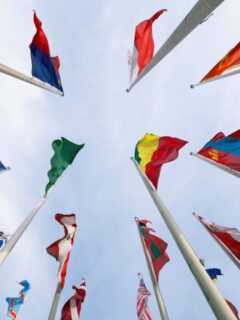 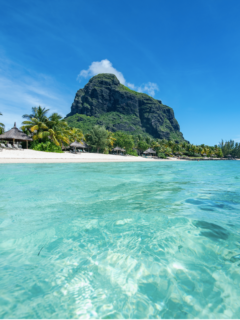 Next
Mauritius Will Provide Vaccine To Long-Stay Travelers
Click here to cancel reply.

It was just announced that Italy and Greece are going in a lockdown (again). So enjoying a holiday over there as of May doesn't sound very realistic unfortunately...

@Casey, I hope you're right and that a new lockdown will help France, Greece and Italy. In the Netherlands there's a lockdown since october 2020 and apparently a 'third covid wave' is coming so for sure with Easter everything will still be closed :-(.

@Elisabeth, they’re doing lockdowns in much of Europe in preparation for Easter. This will help flatten the curve associated with the holiday while getting more vaccines to the population. Going on lockdown now is preparing for this summer.

The announcement by France to open for a few so-called 3rd countries is good news. But I'm still a bit confused by the logic of determining admittance by citizenship, rather than travel origin. For example what if an Australian and a Canadian have been in Turkey for the last 3 months and both want to go to France and both can produce negative PCR tests. Does the Australian get in, while the Canadian is refused entry?.... doesn't make any sense to me.

@Don, Nothing makes sense. Imagine if there really is a dangerous virus out there, would you rely on government policies, or take over responsibility for your own health and safety?

It would be awesome but I don't think it will happen; you still need to fill out forms, bring a test and probably still lots of things are closed. After Europe reopened in summer last year 2020 the number of covid cases were rising skyhigh and we don't want that again. (also; vaccination is slow in most EU countries; I don't expect all citizens to be vaccinated before end of this year...)

I love your news

Praying to god this is true because I’ve been trying to marry my fiancé who lives in Europe for a year now and it’s very frustrating and difficult.