Further binding its aviation control, the UK government has released a mandate requiring travelers to complete a Travel Declaration form prior to air travel.

The UK Department of Transportation (DfT) revealed details of the Declaration of Travel form taking force on March 8.

Travelers arriving at a port of departure to travel internationally without the completed form will be “committing a criminal offense”- regardless of whether they are legally entitled to travel- and denied boarding while facing a penalty of £200.

Travelers are to complete the form if they are traveling outside the UK from England. Separate rules apply for international travel from Northern Ireland, Scotland, and Wales.

The three-page form, available on the government website, asks travelers to enter their personal details including their address, passport number, and destination, followed by their essential claim for travel.

The form is to be downloaded, completed, and signed before it is presented physically or electronically.

Airline carriers are instructed to verify completion of the document either at the boarding gate or check-in. Furthermore, carriers are legally bound to notify travelers of the new policy on their websites.

England remains in a state of national lockdown, limiting communal activity and restricting outbound travel except under essential grounds such as work or medical.

In effect, police presence has been increased at air and sea ports across the country to observe compliance with federal law. Moreover, officers will now be conducting spot checks with the authority to ask travelers for proof of the travel form.

In late February, UK PM Boris Johnson outlined a four-step plan to cautiously ease restrictions and restart the aviation sector. The resumption of international travel by May 17, as conveyed by the given timeline, now appears to be wishful thinking on account of the prime minister.

Aviation minister Robert Courts told MPs that international travel will not resume as planned, stating: “We have laid out how we are going to make progress over the course of the next month, with the report to the prime minister on 12 April, and then looking towards travel at some point after 17 May,” reports The Independent. He further noted the uncertainty of setting an exact date as there are many “complicated factors” to be considered before making the move.

Yet on the contrary, a spokesperson for DfT inferred that it’s unlikely that the date would be far later than May 17, stating, “The domestic roadmap clearly states that 17 May is the earliest time international travel could restart, and this date will be informed by the work of the Global Travel Taskforce, reporting on 12 April.”

While it is obscure as to if holiday travel will in fact resume on said date, a further delay would extend adversity upon the travel sector.

Airlines are depending on a summer recovery after being grounded for nearly a year. Travel restrictions have led carriers to burn through their cash reserves, heading towards government bailouts, job cuts, and shutdowns.

In hopes to expedite recovery, Europe’s largest budget airline Ryanair is developing a feature on its mobile app to let passengers upload medical documents such as vaccine certificates.

Airline carrier EasyJet saw an increase in outbound bookings last week as the government raised the prospect of quarantine-free travel by summer and the EU’s upcoming digital green pass.

With several vaccines approved, the UK is ramping up efforts and currently leading the rest of Europe in vaccination count. With more than one million already immunized, the subject of digital proof of vaccination, commonly known as vaccine passport, has been reviewed by PM Boris Johnson in reference to lifting restrictions.

However, resistance is evidenced in a petition containing more than 200,000 signatures in opposition to vaccine passports.

Although a vaccine passport is largely viewed as a tool to restore travel and economic activity, the online petition states that the concept could be “used to restrict the rights of people who have refused a COVID-19 vaccine”.

UK human rights group Liberty likewise opposed the notion of vaccine passports highlighting its threat to civil liberties, stating, “the road out of lockdown must not ride roughshod over our rights”.

The group’s Head of Policy and Campaigns Sam Grant said, “they would create a two tier society where some people can access support and freedoms, while others are shut out – with the most marginalised among us hardest hit.”

Meanwhile, more and more countries and airlines are progressing towards new strategies in hopes to safely revive international travel and tourism.

13 nations thus far have opened borders to inoculated travelers while companies and governments alike are actualizing digital health passports of some form to overcome the crisis.

Countries Where Travelers Can Get the Covid-19 Vaccine

New Bali ‘Green Zone’ Will Be First To Open For Tourism 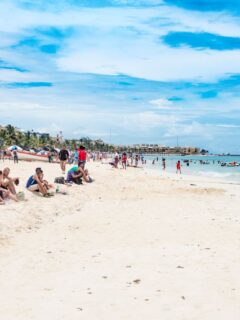 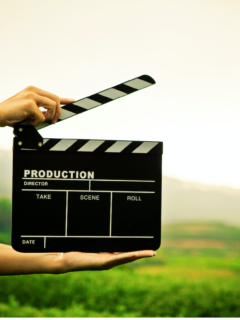 Next
Top 10 European Destinations From Movies That Will Inspire You To Travel
Click here to cancel reply.

Hi There, What about if you have an Irish Passport and attempt to leave the Uk??..or is it just for British Passport holders?

It is unfortunate there are apparently two camps in the UK Govt. One side is focused solely on restricting any activity that in any way could be linked to covid virus and is oblivious to economic damage and contemptuous of Human rights; whilst on the other you have those who realize the damage being done to businesses and the economy as well the reduction in public support as the quasi martial law restrictions in peace time continue.

Though it is less pronounced in the US due the political pressure a Democratic Congress can apply to a Democratic President, there is a similar split.

What we need is a move away from political dogma towards getting our countries and workers back to work and restoring normality to people's lives whilst continuing our efforts to stop the virus.

I find it incredible that whilst both UK and US Governments have stressed the importance of vaccination, neither pays any attention to them in travel policy.

As to those organizations opposing vaccination for human rights reasons, one only need look at the Yellow Fever vaccine which has been mandatory for years.

So we travelers need to make it clear to our Government representatives that we want an end to the politics, a high level of vaccination, a resumption of safe travel and a complete end to travel bans.