As European countries have shifted in and out of travel bans, movies that make us feel like we’re touring Europe have been a great escape. They took us all across Europe and added place after place to our lists of must-see locations.

If you’re looking for inspiration for your next European vacation, check out this list of beautiful locations from some of our favorite travel movies that take us through Europe.

Filming for this movie’s fictional town took place in the Burgundy region of France. Sip on their famous Pinot Noir as you follow canals that wind through historic châteaux, some of which have been turned into luxury hotels over the years.

The stone buildings of the medieval village of Flavigny-sur-Ozerain are on beautiful display as this film winds through the town. You can also take a tour of this village’s textile museum and ancient churches.

You can have an enchanted April, too, if you travel to Portofino, Italy. Set at Castello Brown, a 15th century castle, Enchanted April winds through the hills and gardens of Portofino and the waters of the harbor.

If you travel to Portofino, you can tour Castello Brown, which has been turned into a museum, or book a private boat tour around the harbor to take in the sights. To stay on top of the CDC’s guide for US citizens planning on traveling to Italy, follow this link.

This classic film from 1955 takes us further south in France towards the French Riviera. One of the long-cherished resort destinations in Europe, the French Riviera has been charming its visitors with its temperate beaches and beautiful Mediterranean views for hundreds of years.

Follow the paths of Cary Grant and Grace Kelly through the French Riviera and drive through Le Bar-sur-Loup and Tourettes-sur-Loup. Take a picnic on the Beausoleil Alpes-Maritames or travel over to the adjoining Principality of Monaco, a place featured in the film that Grace Kelly would become the princess of just one year after the release of this film.

This soft and sunny modern classic, shot in 2005, was filmed almost entirely around Derbyshire in the middle-region of England. This county includes much of the Peak District, which was the location of one of the film’s iconic moments at Stanage Edge.

Tour Chatsworth House, the façade of which is wider than that of Buckingham Palace, to see the frescoes from the scenes in Mr. Darcy’s home. But make sure to keep up to date on international travel to England.

While these movies were filmed all over the UK, some of the most popular locations in the Harry Potter movies are from Scotland. The lake outside of Hogwarts School was filmed at two lakes – Loch Morar, which supposedly has a fantastical monster dubbed Mogar haunting its depths, and Loch Shiel, whose picturesque look is heightened by the numerous species of birds that call the lake home.

Take the Jacobite Steam train across the Glenfinnan Viaduct in Scotland, which served as the setting for the Hogwarts train.

This star-studded rom-com was filmed on the small island of Skopelos in Greece. Take the ferry across to Skopelos and sit on Kastani Beach, where much of the film was shot.

Additionally, a small village in the northeastern part of the Pelion peninsula that’s known for its mountainous landscape was used for filming.

If you’re wanting to travel to Greece from the U.S., be aware that U.S. travelers are not allowed to enter Greece at this time. Keep an eye on travel updates for Greece here.

This dark thriller-comedy showcases Bruges at its best. This movie, which is centered around two hitmen who are stuck in limbo in Bruges, was filmed almost entirely in Belgium.

You can stay at the Relais Bourgondisch Cruyce Hotel, which is heavily featured in the film. Additionally, make sure you check out the Belfry and the Groeninge Museum, which were the scene of many gorgeous shots.

8. The Sound of Music

One of the most beloved classic films of all time, The Sound of Music was filmed in and around Salzburg. In addition to all of the settings to see from the film, visitors can go to the house where Mozart grew up!

You can tour the Leopoldskron Palace, whose beautiful rococo-styled architecture was used for scenes of the outside of the von Trapp home. And visit the old town of Salzburg that is largely unchanged from when it was featured in the film.

This article can tell you everything you need to know about Austria’s recent changes to their travel restrictions.

This 1952 American rom-com was filmed in County Mayo and County Galway. Don’t confuse the film’s fictional Inisfree with the Lake Isle of Innisfree, an uninhabited place made famous by poems by William Butler Yeats.

County Mayo sits on the west coast of Ireland and is filled with museums and historic spots. You can walk in the steps of Saint Patrick or tour Westport House, known as the most beautiful house in Ireland. You can also visit the Quiet Man Museum!

In County Galway, you can visit White O’Morn, the cottage used in the movie.

Letters to Juliet, the popular 2010 rom-com, was filmed around Siena, a province in the region of Tuscany. Castelnuovo Berardenga and Montalcino, two towns that get a lot of screen time, haven’t changed much since the 16th century. You can enjoy the view from these towns of rolling hills, bright flowers, and ancient trees.

The scenic roads of this area of Tuscany wind through vineyards and offer views of historic buildings and a 13th century fortress. 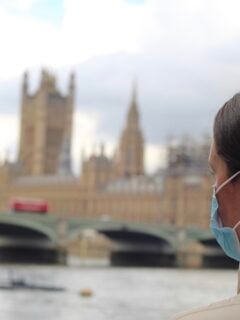 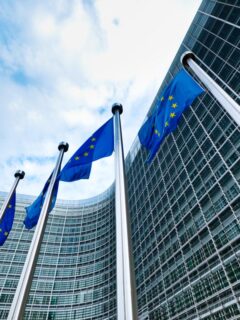 Next
EU Announces Plans For Digital Vaccine Passport Ahead of Summer
Click here to cancel reply.

You should have included "Spider-Man: Far From Home". The plot of the film is that Spider-Man (Peter Parker) goes on a class trip through Europe, visiting Venice, Prague, London, the Netherlands, Austria and more. The film is beautiful and is technically set in 2025, so it gives us a future of travel to look forward to.