Top 5 Cultural Things To Do in Buenos Aires

Buenos Aires is its own unique place. Over the centuries, the port city (which provides the name for its residents: porteños) has been filled with immigrants from all over the world, each bringing their own languages, cultures, and traditions to the shores of the Río Plata. The mixing of those cultures with the indigenous people has created a city unlike any other. 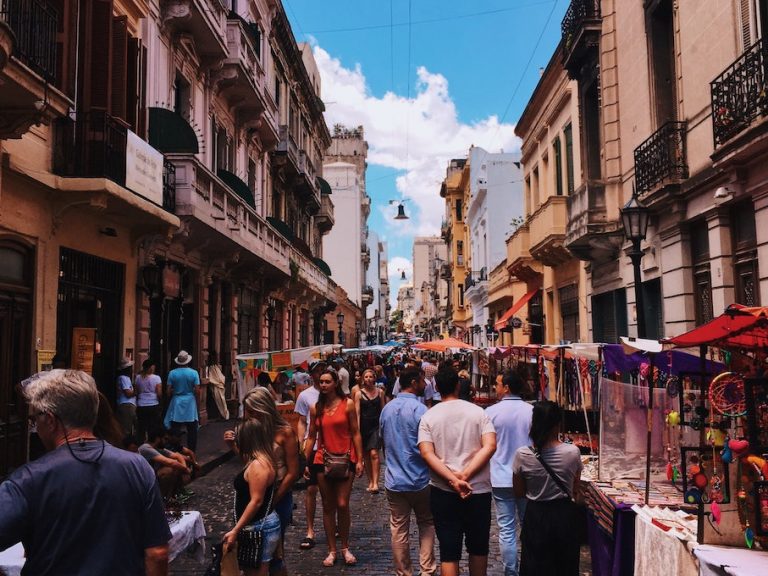 When I moved to Buenos Aires a few months ago, I was overwhelmed by all of the cultural experiences it offers. I found plenty of great restaurants, late night hot spots and impressive museums to choose from. My advice to visitors is make sure your time here includes uniquely Argentine ways to get to know its history and culture.

Here are the top 5 cultural things to do in Buenos Aires, Argentina:

Learn tango or milonga and watch masters at work 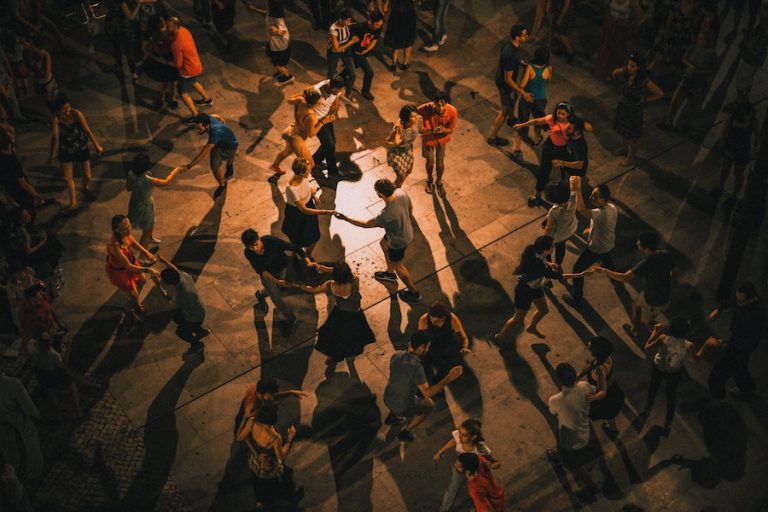 Tango is a distinctly Argentinian dance populated by former slaves of the late 19th century that has its roots in many of the African-Latino communities. Tango was created by these working-class communities and it quickly took over the entire city. The dance continues to capture the attention of tourists and world-class musicians alike. Tango is a well-established genre, best known for its melancholic, emotional melodies and the passion it demands from its dancers.

There are plenty of milongas, or dance clubs dedicated to tango, all over the city of Buenos Aires. As a beginner, I especially like La Viruta, in Palermo. It has a wonderfully welcoming vibe that made me feel less self-conscious about my missteps, but also attracts enough incredible dancers to inspire me to keep at it . If you want to try your hand (or, in this case, feet) at the classic dance, they have group tango lessons every Wednesday, Thursday, Friday, Saturday, and Sunday.
250 pesos (about $7) gets you admittance to the whole evening’s line-up of classes. You get the chance to try different genres and stay for the milonga (open dance) that starts around midnight and goes until 3am.

Catch a locally written and produced show in Spanish 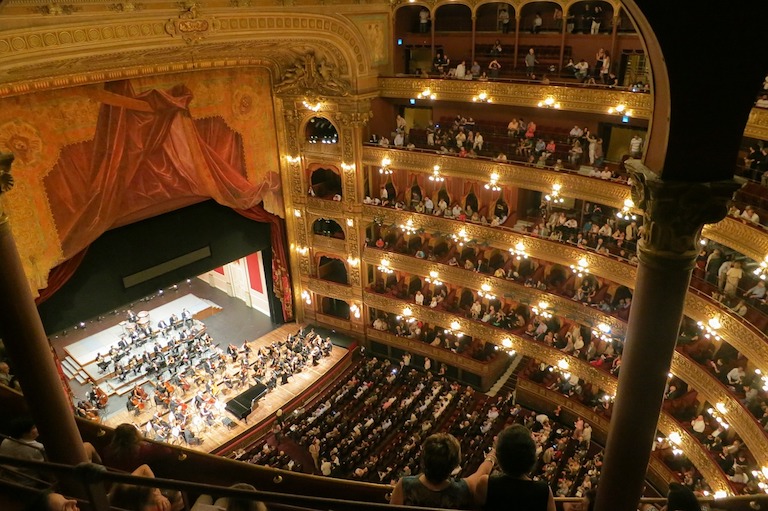 Buenos Aires has more theaters than any other city in the world (yes, more than its oft-referenced Paris, and even more than New York). You can see shows of every type and caliber in the Argentine capital. The most unique and my personal favorite are the shows at the Microteatro.

Each play lasts fifteen minutes and costs only 100 pesos ($3). You can purchase tickets for a stand alone show or bundle packages for multiple shows in one evening. The shows change often, but are almost always locally written, produced and acted. They include everything from one-woman shows to family dramas and romantic comedies. Even though most of the shows are performed entirely in Spanish, their plots are usually simple enough to follow along even if you don’t speak the language.

Dig into the best pizza in Buenos Aires at Güerrin 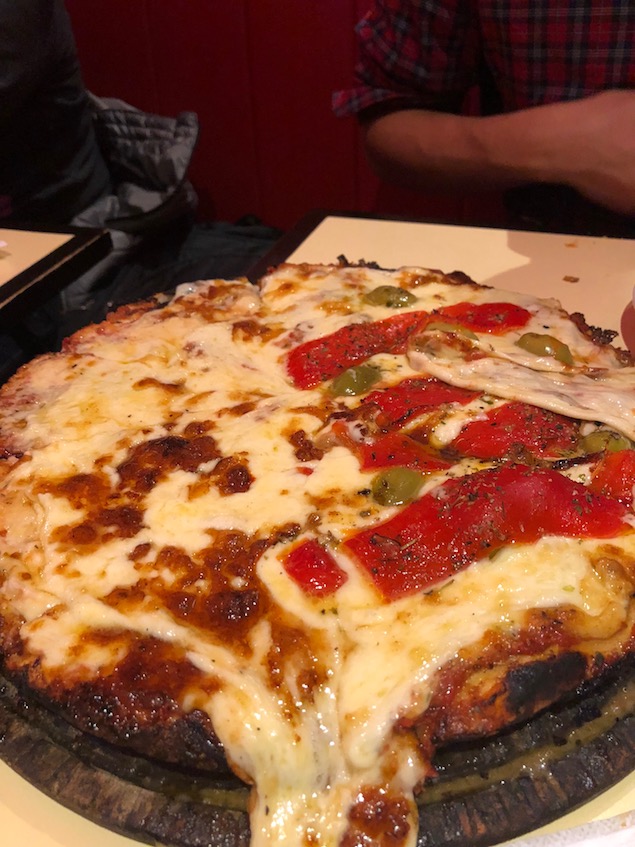 Italians flocked to Argentina in the late 19th century. Their impacts on Argentine life can be found in the national accent, the high percentage of Roman Catholics, and the national cuisine. Pizza is perhaps the most ubiquitous dish served in Buenos Aires. The city has over 2,000 pizzerias, all with their own house specialties and styles. My personal favorite and the most fun to experience is the classic mozza as Güerrin.

I was thrilled to find out that Argentine pizza has a denser base and more cheese than its Italian ancestor. The famous mozzarella pie I had at Güerrin was almost two inches thick and had over a pound of cheese on it. They’ve been around since 1932, so no wonder each slice is perfection!

Sit at a counter with boisterous locals and order a couple slices for less than 100 pesos ($3). Then slather them lovingly with the house specialty, “ass burnin’ sauce”—which is not as spicy as it’s promised to be —and enjoy. 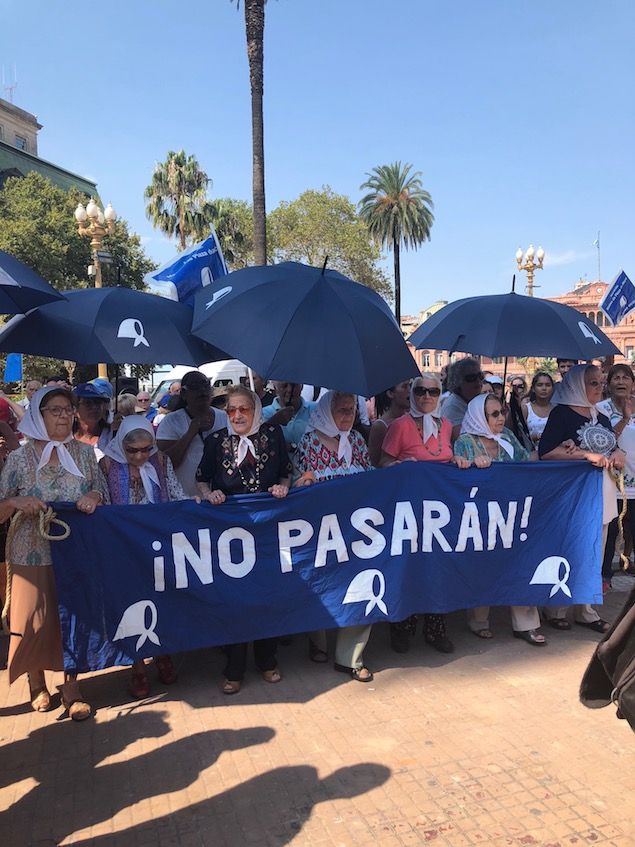 Head down to the Plaza de Mayo, a central square in the city that’s home to the Argentinian national government, national bank, and the national cathedral. On Thursday at 3:30 p.m you’ll see a group of Argentinian mothers wearing white kerchiefs and  linking arms. They will march around the plaza in protest as they have done for forty years.

The mothers began protesting in the late 70s against the dictatorship, which “disappeared” 30,000 dissenters (the mothers’ children) from 1976-1983. In recent years, their goals have expanded to include protesting other human rights struggles in Latin America.

If you go, remember to be respectful and to ask for permission to photograph or film individuals. Although the dictatorship ended several decades ago, its effects are long-reaching, and many of the women lost family members. 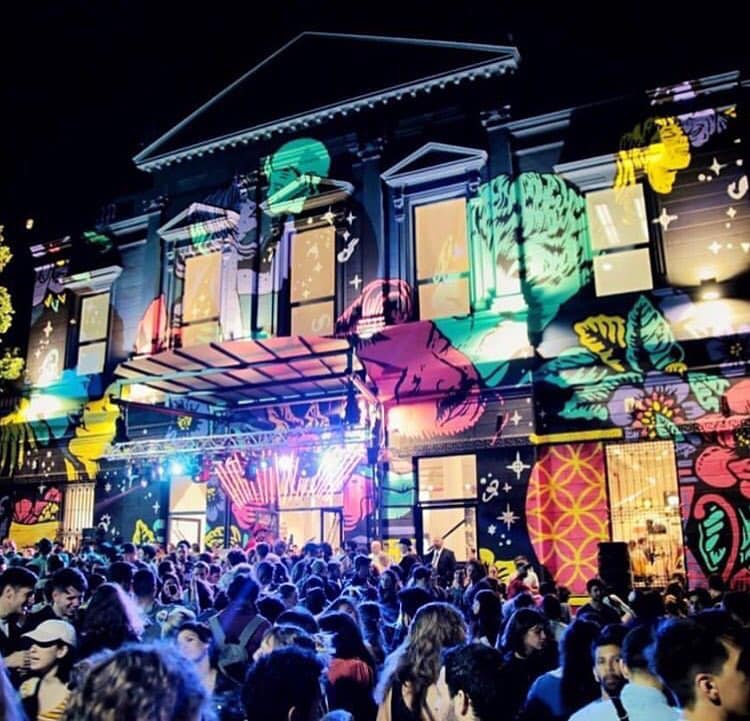 The Buenos Aires city government has impressively embraced and invested in local art and theater. A handful of cultural centers are scattered throughout the city, each offering their own calendar of events. A regular week for the Recoleta center will see it host a concert dedicated to acoustic love songs, a printmaking exhibit, an electronic dance party, a circus performance, and a k-pop dance workshop. Stop by, see what’s on, and enjoy the best of what Argentine artists have to offer. It’s an impressive, always changing (and often free) lineup of exhibits, events, and workshops.

Those are my top five Buenos Aires cultural experience recommendations. For more on what to do, where to go, and especially where to eat, check out the Buenos Aires section of my blog, or follow me on Instagram. 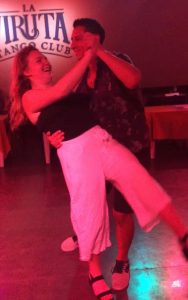 Katherine Plumhoff is a former New Yorker, writer and traveler who spent last year backpacking around South America (and doing all the hiking / empanada-eating / snorkeling / salsa-learning / Spanish-practicing she’d dreamed of).
At the end of her trip, very much not ready to be done adventuring, she moved to Buenos Aires, where she now is lucky enough to live, write about, and continue exploring. 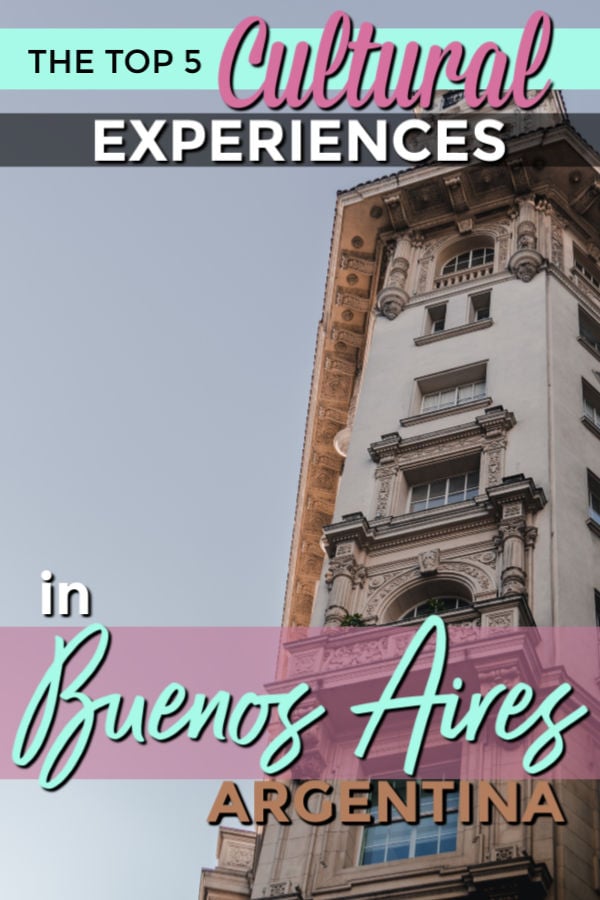 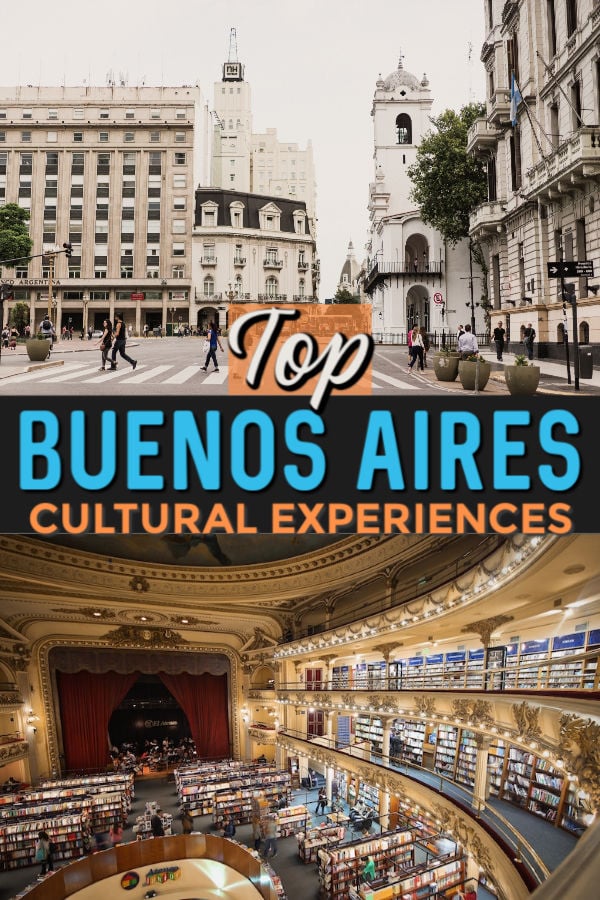 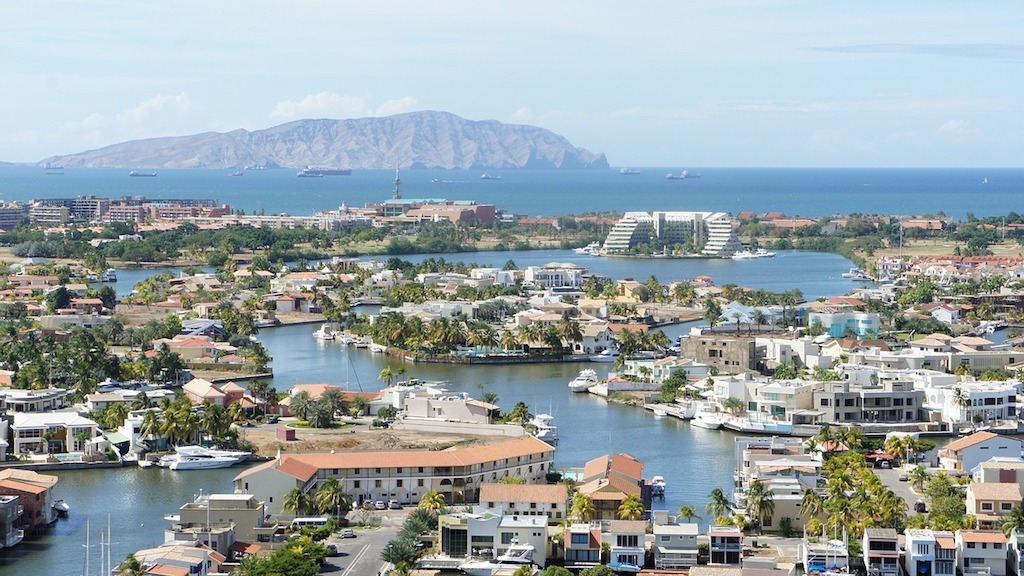 Previous
21 Countries The Canadian Government Doesn't Want You To Visit 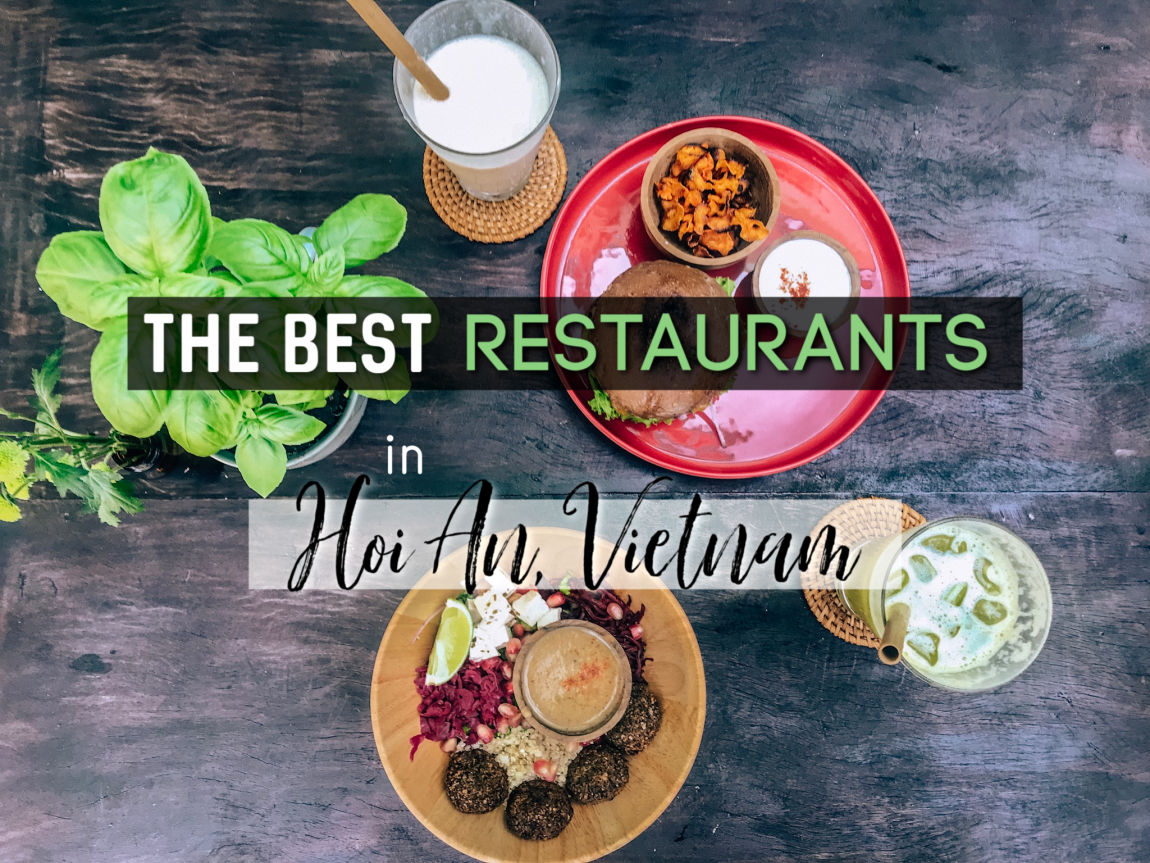 Next
The BEST (and Cheapest!) Restaurants in Hoi An
Click here to cancel reply.