Top 5 Out of this World Places To Visit in Mexico

Mexico is one of the wealthiest countries in culture, history, with a great diversity of ecosystems and species. So it comes as no surprise that it has destinations that seem out of this world. Here is a list of five out of this world places in Mexico that will take your breath away.

The Guachimontones archaeological site is located in Teuchitlán, in the state of Jalisco. The settlement -located between 350 BC and 350 AD- features monumental stepped conical structures. It’s surrounded by a circular courtyard and rectangular structures that form concentric circles. The site comprises the guachimontón, located in the heart of the site, two ball game sites, terraces, buildings, and funeral contexts.

In the late sixties, archaeologist Phil Weigand and his wife Acelia García found a huge obsidian workshop that led them to Guachimontones, where restoration work began in the late nineties. The archaeological site is one of the most important in the country’s west and is open to the public. You can also visit the Phil Weigand – Guachimontones Interpretive Center that receives an average of 170 thousand visitors a year.

The Basaltic Prisms in Huasca de Ocampo (also called Santa María de Regla) in the state of Hidalgo, are one of the most beautiful natural spaces in Mexico. The phenomenon of basaltic prisms is not common, and there are a handful of locations with volcanic geological pasts in the world where it can be appreciated.

About 2.5 million years ago, prisms formed because of the cooling of lava after a volcanic eruption. In addition, prisms were created with both vertical and horizontal columns. They became well known when in 1803, Alexander von Humboldt, the German Baron who toured Mexico, visited the formations and captured them with an engraving that spread the word about this natural wonder in the intellectual circles of Europe.

Come into the Light Sculpture

The famous giant sculpture in Tulum that has caused a stir on social networks and has become one of the most photographed scenarios of this destination is called “Come into the light” and created by South African artist Daniel Dopper. This giant sculpture within the hotel zone is the main entrance of the Ahau Tulum hotel.

This sculpture, according to its creator, represents the deep connection of human beings with nature. It’s 33 feet high, and a metal structure was used for its construction, covered with wood and ropes. Initially, the vegetation that covered the design was artificial; however, with the passage of time and care of the hotel staff, little by little natural vegetation has been growing, which gives that unique touch to this type of structure. “Come into the Light” was part of the 2018 edition of one of the most important festivals in Tulum, “Art With Me,” dedicated to art, gastronomy, and music.

The stories about castles and natural spaces are not foreign to Mexico. In Puebla, you’ll find a place where the only missing things are the princesses and dragons. It’s an ideal place to spend a relaxing weekend and outdoor activities. The former hacienda of San Antonio Chautla was built in 1777 when King Charles III of Spain granted the land to Mr. López Montero, First Marquis of La Selva Nevada. Later on, the property passed into the hands of Bishop Eulogio Gillow Zavala, of English descent. During its glory days, at the end of the nineteenth century, the hacienda had six ranches, four electric power plants, in addition to its agave fields that turned it into a powerful pulque (alcoholic beverage from the agave plant) production farm.

Gillow decided to make the hacienda a small Versailles, ordering the construction of gardens and a dam to form an artificial lake, in the middle of which he built a castle of red partitions, sheltered by four towers. In the garden of the main town of the hacienda, there is the fountain of “the three Marias” made of Talavera ceramics, a sample of the creativity of Mexican artisans. You can stay at this former hacienda which now operates as a hotel with all the amenities.

The beautiful San Lorenzo Oxman Hacienda is located on the road to Valladolid, in the state of Yucatan, which contrasts perfectly with the natural landscape of the place. Its spacious gardens offer areas where you can rest or admire the beauty of its landscape. It has a swimming pool, palapas, and loungers for sunbathing, followed by a restaurant with the region’s traditional cuisine. But its main attraction is a massive hole where you can admire a cenote; on its surface, this underwater treasure is encased by vegetation, where birds find a home inside.

To access the cenote, you must enter through a hole and descend the spiral-shaped stairs. Once you are inside, you will come across a large stone hole. Immediately you can admire the beauty of the Oxman cenote. It’s surrounded by vegetation and the roots from the trees that fall until they touch the water. The birds singing, fluttering, and playing throughout the place will captivate you along with the out-of-this-world scenery. 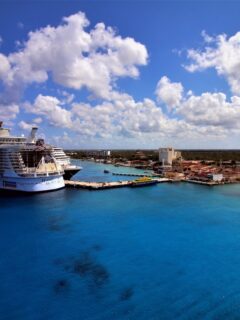 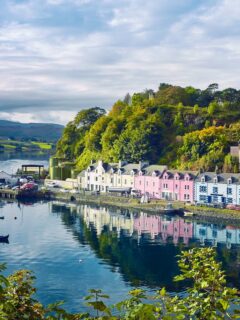