The archaeological sites that house Mayan ruins are a tourist destination to enjoy for their beauty, culture, history, and extraordinary landscapes. We invite you to discover the top seven Mayan ruins you should visit in Mexico.

Thanks to its impressive sculptures and buildings, located in the state of Chiapas, Palenque is considered one of the cultural heritage works of humanity. On the walls of monuments such as the Grand Palace, the Temple of the Inscriptions, and that of the Foliated Light, you can find stories that narrate the creation of man and the universe according to the Mayan culture. For example, in the tomb of Pakal II, there are illustrations in which spaceships and archaic astronaut costumes are recognized, which continues to be a mystery, especially for that time.

Located on the Yucatan Peninsula, Chichen Itza is one of the most famous archaeological sites in Mexico. It covers an entire city practically, and its monuments are in an excellent state of preservation. Among its ruins rises the famous pyramid known as El Castillo, where, from its nine floors, the Mayans claimed to observe the descent of the Serpent God. It also stands out for its impressive field of the Great Ball Game, with stone hoops on the heights of the walls and its stone monuments in tribute to the great fallen warriors. Its impressive architecture and archaeological importance have made Chichen Itza considered one of the seven wonders of the modern world.

Located in Quintana Roo, Tulum represents two vital aspects of the Mayan civilization; trade and religion. This is because its buildings were part of an ancient trade circuit for its inhabitants and a series of temples to worship the God Kukulkán. In addition, among its cobbled castles is an open observatory, where the Mayans studied the constellations and the movement of the planets. As if that were not enough, the heights of this archaeological site flow into the most beautiful coasts of the Caribbean, less than an hour from Playa del Carmen, so the view from Tulum is an experience that you should definitely experience.

One of the many archaeological constructions found in Quintana Roo, about 56 miles from the magnificent city of Chichen Itza and 25 miles from Tulum, Coba, allows you to contemplate ancient Mayan thought in greater depth. Its main attraction lies in its natural elevation of land on which the pyramid of Nohoch Mul was built, covering 7,800 square feet. In addition to contemplating its monuments, in Coba, there are currently craft and ceramic workshops open to the public, this being of great interest to those who seek to participate for themselves in the ancient Mayan traditions.

Located in Yucatan, historians discuss whether its name refers to “Jaguar Star” or “Black Jaguar,” which refers to the sculpture that can be seen at the entrance to its castle, in which it seems that you enter the jaws of a feline. In its ruins, you will find several of the most impressive works made by the Mayans in stucco, with hieroglyphs ranging from mythological animals to angels. At some point in history, Ek Balam was a fortress that protected the Maya, with a double wall that stood outside the city at each of the cardinal points. Among the most impressive archaeological sites you can visit in Mexico, this is undoubtedly one of them.

A cobbled city that rises in the heights of the skies might be the best way to describe the archaeological remains of Uxmal in the municipality of Santa Elena in Yucatan. The vast majority of its temples and palaces are preserved in perfect condition, making it a unique opportunity to study the works of the Maya. Its most relevant attractions are the hydraulic system for the use and conservation of drinking water, which still works today, and the famous pyramid of the Diviner, whose temple at the tip keeps all kinds of ancestral secrets.

Located in Chiapas, Yaxchilan is undoubtedly a city hidden from any other form of civilization to the point that it is only accessible by boat crossing the Usumacinta River. Its archaeological importance lies not so much in the magnitude of its constructions but the cultural richness of the texts of its altars, walls, and other remarkable works. 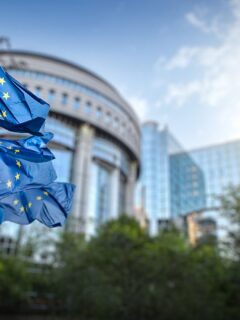 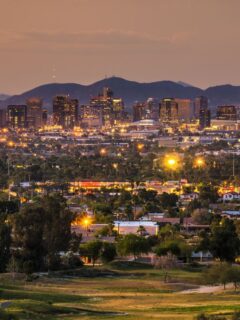 Next
Top 10 Unique Things To Do While Visiting Phoenix, Arizona
Click here to cancel reply.