Travel Restriction Fears As PCR Tests For Monkeypox Are Rolled Out

The detection of several new monkeypox clusters in Europe and North America, continents where the disease is not widespread, have prompted fears of new restrictions right when the world was finally recovering from Covid. Now, international travelers have all the more reason to worry, as new PCR tests for monkeypox have just been rolled out.

At least two different companies – one based in Switzerland, another in India – were quick in their responses and have developed a new monkeypox test that could change the travel landscape again. While testing for the disease is not yet a prerequisite for travel, countries like Belgium are already imposing quarantine on visitors with a confirmed infection.

How Do The New PCR Tests Work?

Proving there is a push for tighter health measures in response to monkeypox, dubbed a global concern by certain health organizations, two companies have unveiled brand new PCR tests to detect infections. They are Switzerland’s Roche and India’s Trivitron Healthcare, who will likely be pitching their product to relevant global authorities.

Shortly after monkeypox emerged in Europe, Roche developed not only one, but three separate tests for the malady. As stated by the Swiss brand, scientists worldwide can now use these tests in a majority of countries, paving the way for a wider commercialization like that of PCR tests for Covid should the situation deteriorate further.

Roche’s first offer, the LightMix Modular Virus Kit can safely detect orthopoxviruses, a group to which monkeypox and its more popular sibling smallpox belong to, including variants found in West and Central African countries. The second kit is said to be specific for monkeypox, specifically the so-called African clades that have been worrying health experts lately.

The third ‘simultaneously detects orthopoxvirus plus provides information on whether a monkeypox virus is present or not’, again being highly sensitive to West and Central African variants, seeing that those are the countries where the disease is centered. Roche promises all tests will aid authorities in following the epidemiological spread.

Over in India, Trivitron Healthcare also presented its own RT-PCR kit for detection of monkeypox. Capable of distinguishing between regular smallpox cases and monkeypox through a one-tube single reaction format, and under an hour of sample collection, the test can be easily managed, and interpreted, by handlers.

As the company states, the test kit follows all WHO recommendation for laboratory confirmation of the disease, including the utilization of monkeypox lesion crusts for confirmation. As Maria Van Kerkhove, from WHO’s Emergency Diseases Unit, the world has more than 200 confirmed cases, and they expect those numbers to rise.

What Is Monkeypox And How Did We Get Here?

Monkeypox is classified by the World Health Organization as a viral disease with symptoms similar to those of smallpox, eradicated since 1980. Although its is ‘clinically less severe’, with a large majority of patients recovering with no long-term complications, it can still lead to death in some populations and has been known to spread quickly.

The virus is mostly restricted to a number of countries in West Africa, though recently clusters have been discovered as far as Europe, where countries like Spain and Portugal have been particularly affected. Monkeypox leads to fever, swollen lymph nodes, muscle aches, intense tiredness and body rashes.

The World Health Organization maintains that the death rate ranges from 0 to 11%, depending on the population, though a majority of these studies were conducted in select West African nations where the disease is widely disseminated. Nevertheless, the CDC was quick to act and issued new travel advisories concerning monkeypox this week.

Where Are Negative Monkeypox Tests Required For Travel?

So far, no countries have required monkeypox PCR testing for travel, though that could soon change as more companies develop testing methods and the virus is disseminated. A majority of cases in the Northern Hemisphere have so far been detected in Europe, which accounts for 118 of new infections so far.

However, considering that monkeypox is also present in North America, including in the United States and Canada, where infected people have no recent travel history, there is a strong probability the virus is being transmitted within the community. Neither the U.S., nor Canada, have enacted monkeypox-specific entry requirements yet.

We cannot say the same about Belgium.

The Central European nation has been the first to issued a quarantine mandate for all monkeypox-infected arrivals. Even though the country has removed all of its Covid entry curbs, those suspected of being infected with monkeypox, and who test positive, will be expected to isolate for 21 days – much longer than Covid’s 7 to 14-day isolation period.

For more information on these monkeypox outbreaks, please visit this page. 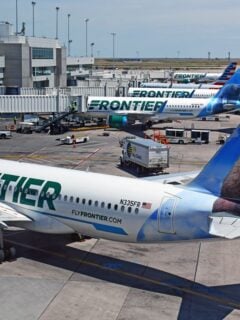 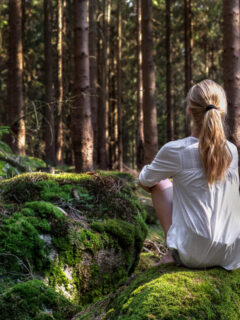 I'm sure within weeks Thailand will introduce this test. Their government is bought and paid for by the WEF and the WHO.

Interesting to note that those people who support Covid fascist rules (apparently for the common good) are also the same people supporting permanent warfare in Ukraine.

Please stop using "health authorities" they were called "health services" they rebranded after 2020 to form their gestapo. They were there to serve the public, not act as authority-this is a massive power grab by them, don't fall for it.

Only authorities are police and military.