Thirteen years after the last state park opened in California, the Golden State is set to get a brand new one. A 2,100-acre property with stunning nature, the Dos Rios Ranch had been used for farming for years until a non-profit organization stepped in and rehabilitated the land. Now, it is set to open as California’s brand new state park in 2023.

While the state is known around the world for its scenic coastline, picturesque beach towns, and the global cities of Los Angeles and San Francisco, it also boasts countless natural attractions that are hidden more inland. As Cali natives and visitors alike are about to find out, the Dos Rios Ranch is a prime example of that.

Here is everything you need to know about California’s new proposed state park:

Located in the San Joaquin Valley, it has 2,100 acres of floodplains that have been converted into green spaces. Those have been reforested with willow trees and oaks by the conservation group River Partners, who have been working non-stop to preserve the area’s nature and wildlife for years.

Acknowledging the park’s vast natural wonders, California Governor Gavin Newsom is putting aside $5 million to purchase it as soon as restoration is deemed complete by all parties involved in the project. Once that finally happens, the Dos Rios Ranch will become California’s long-awaited 280th state park.

But what exactly makes this former ranch so special?

As Mr Newson himself claims, California has the largest and most diverse state park system in the United States, full of ancient redwoods and prehistoric sites. The ranch is an integral part of that natural landscape, and would be a ‘remarkable addition to California’s natural wonders’.

Wildlife Is Thriving Once More

After a decade of conservation efforts, the soon-to-be state park’s ecosystem is finally thriving again, with the species below all being present on-site:

The park will not be inaugurated until 2023, as River Partners, the non-profit behind the project, is still carrying out restoration. According to them, new wildlife cameras that will help protect the area’s many endangered species have already been installed, while the construction of water control structures are currently being discussed.

Where Exactly Is The Park?

California’s promised new state park sits at the confluence of the San Joaquin and Tuolumne rivers, 90 minutes east of San Francisco. Once inaugurated, The Dos Rios Ranch State Park, as it has been tentatively called, will offer both California residents and tourists a much needed nature break within a short drive of major urban centers.

It will also add to the Golden State’s ever-expanding list of Off Path things to do, which includes botanical gardens, sunny road trip stretches, and even 19th century ruins. In fact, it has the potential to become a top attraction in California, due to its picturesque setting and potential for further development.

When Will It Open?

Following the Governor’s remarks that ‘California needs more state parks – and state parks that all Californians can benefit from’, Armado Quintero, the California Department of Parks and Recreation Director, revealed the state is ‘in the process of finalizing the acquisition‘. Despite pending approvals, he is ‘fairly confident it’s going to be pretty straightforward‘.

During an interview with the Los Angeles Times, Quintero reassured the public there will be ‘early access’ sometime in 2023. Because conservation is ongoing, and archaeological surveys must be conducted in order to ensure Native American sites are not being disturbed, a fixed opening date has not been announced yet.

The good news is, judging by Quintero’s own comments, we can safely assert that the California State Park chain will welcome its newest addition next year. That is, as soon as legal proceedings are finalized and all the needed infrastructure is in place, which should not take much longer.

Meanwhile, tourists can still visit these other 8 amazing places along the state’s Pacific Coast and read all of our other Cali travel tips.

Top 7 Cities To Visit In California For 2022

CDC Issues Travel Advisory Traveling To These Countries Due To Monkeypox 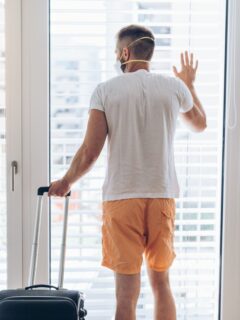 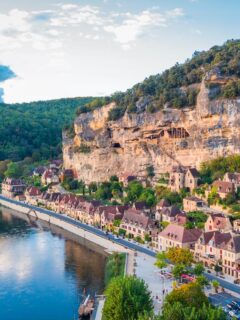 Next
These Are Your Top Underrated Summer Travel Destinations In Europe For 2022
Click here to cancel reply.