As the United States opens for travel for the first time in 20 months, international travelers have vented their frustration at the wait times inside U.S airports.

Despite warnings from travel experts, various travelers labeled the wait times ‘ridiculous and a ‘disgrace’.

British tourist Marc Evans said, “Twenty months closed, lots of time to get things right and JFK Airport queues are a disgrace, three planes landing at the same time from Manchester is ridiculous,”

“It was apparently a PR stunt to show the USA was back open but seems they weren’t concerned about the queues at customs,”

He told Manchester Evening News he had to wait two hours to get through customs, suggesting the delay “did dampen our moods.” There were “no staff around to help,” he said.

Paul Richards, the head of safeguarding for Stoke City F.C said he had to wait two hours to get through airport customs. “No point in getting irate, the queue will still be there,” he said as he waited in the long lines.

One French tourist said, “The experience was stressful because the employees are (not) ready to welcome so many travelers.”

The Warnings From Travel Experts

They even predicted wait times of up to 8 hours in some of the busier airports, such as JFK and LAX.

Sherry Stein, the leader of the technology sector for Société Internationale de Télécommunications Aéronautiques (SITA), said “The expectation is that we could see wait times of up to eight hours.”

The U.S has laid out requirements but left the processing of documents to the airlines themselves. On the contrary, other nations have had their vaccine system in place since early 2021, with incoming travelers able to store their health credentials via smartphone apps and QR codes.

Due to the lack of a centralized system and the airlines responsible for checking paperwork, travel experts predicted annoying delays for all passengers.

Many major airlines have created or changed their apps to accommodate the changes. However, although airlines are attempting to complete most of the checks prior to arrival, they still need to deal with certain checks at the check-in desk.

The Rush Of Incoming Passengers

The prolonged nature of the U.S’s border closure — which was longer than many countries — has meant thousands of travelers have descended into the U.S in recent days.

The New York Times reported travelers from more than 30 previously banned nations descended on the U.S on Monday.

However, the numbers still lag behind pre-pandemic levels. In 2019, the average day saw 371,912 people enter the United States.

Travel experts aren’t sure when the numbers will return to pre-pandemic levels, but travel stocks have surged after the U.S. reopened and the travel industry has expressed optimism.

One newspaper salesman at the border said, “ I’ve sold hardly anything. Everyone crossed yesterday, panicked about how the lines were going to be today.”

Hopefully, the waiting times at the U.S airports decrease in the coming weeks. 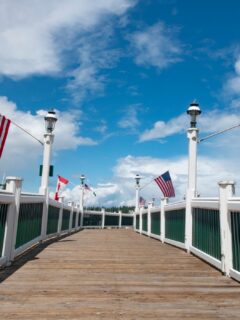 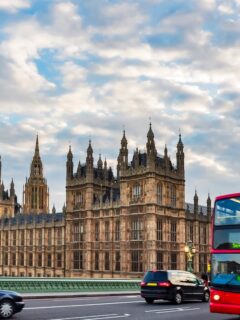 So nice to hear!

It is a bit of a disgrace. However, warning after warning was given about the inevitability of these delays occurring, so those whining should have known what they were in for.

@Pure Blood Jap Baby those “freedom fighters” of yours are the absolute minority. And yes, the vast majority of the global population doesn’t care. Including myself.