Turkey Set To Welcome British Travelers Without Testing Or Vaccines

For better or for worse, the pandemic has changed the way many travelers look at their favourite hobby. Rather than searching for hotels or cute cafes, now the first things many research are the endless hoops they must jump through, with regards to testing requirements, quarantine and whether or not they should pack a surplus of masks. However, it seems that Turkey could be about to buck the trend.

The country is set to allow British tourists to enter without needing a negative test result or proof of vaccination. Here’s a look at what was revealed, plus a reminder of travel restrictions facing the Brits at present.

No Test Results, No Vaccines – Information For British Travelers

The UK has had a tough time of the pandemic so far. A slow response to the initial outbreak of the virus saw Britain suffer from several waves of the virus, registering a huge 68,000 cases in a single day at the start of the year. However, an effective lockdown that saw cases plummet, coupled with an effective vaccination campaign, has turned the tide on Britain’s battle against the virus – and the country looks as though it is set to reap the rewards.

Turkey – a popular destination for the British, has revealed that it is planning to allow British travelers to be able to enter the country without needing proof of vaccination or a negative test result beginning on April 15. Speaking about the move, Turkey’s tourism minister Mehmet Esroy announced that the country would not be requiring vaccination passports from any international travelers entering the country.

He went further and revealed that it seemed unlikely that British travelers would need to show a negative PCR test result, due to the fact that “the UK Government is rapidly and impressively rolling out the vaccination programme for the whole nation, and a significant portion of the population will be vaccinated by early summer.”

Despite issues with production and supply on the continent, the UK has made significant headway in its bid to vaccinate its population. More than 24 million people have received at least one dose of the vaccine, with the government looking to grow that number to 32 million by April 15th.

The idea of vaccine passports has been a controversial one, with many complaining they are unfair due to the fact vaccines are not yet universally accessible. As a result, Turkey’s decision not to require vaccine passports is bound to be warmly received by some travelers, whilst their decision to allow British travelers in without testing due to the country’s progress towards inoculations shows the indirect benefit that vaccines could have on those who don’t have them yet, or don’t wish to have them.

At present, Turkey does not prohibit any nationalities from entering its borders, but flights from Brazil, Denmark, South Africa and the UK are suspended. Only those who have been to one of these countries in the past two weeks must quarantine upon arrival, for a period of two weeks. Travelers must have a negative PCR test result and must also complete a passenger information form.

When Can The British Travel Again?

Whilst British travelers have received overtures from both the Turkish and Greek governments, the unfortunate reality at present is that they are currently unable to travel. Prime Minister Boris Johnson revealed last month that Brits would only be able to travel from May 17th at the earliest – and even that isn’t guaranteed. The government is set to meet in April to decide how and when non-essential travel will be able to resume. 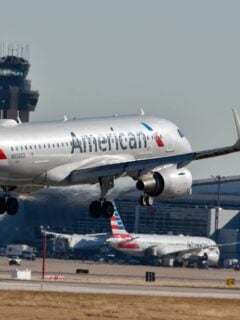 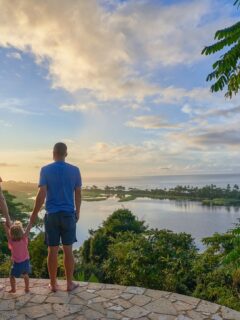 This is interesting. But importantly flights from UK won't resume any decent schedule to 17 May and more importantly you will be fined and turned away home if you don't have a valid excuse to fly (holiday and me is digital monad does not suffice). Equally important since I guess it will apply to origin, you need a 72hr PCR test to transit in the UK from what I understand. So either way it's the 17 May + and/or a PCR test to take advantage of this. A step in the right direction but about 2 months way to get excitied. Thanks for reporting

Your reporting of freeing up of Turkey to tourism is welcome of course. However like most other media sources your reporting of the explosion of ‘cases’ in the uk shows you have bought the official narrative completely. The number of cases firstly depends on the number of people going for tests. More people testing, more cases. But even more importantly number of tests doesn’t indicate number of ill people. The vast majority of those ‘cases’ will have been healthy individuals. The way ‘cases’ (which are not cases anyway, cases have always indicated people with symptoms) have driven the narrative is not only loony but scurrilous too. Wake up everyone!

No direct Flights from the UK, Airfrance or KLM maybe , but then you will still need a Neg PCR, to board and transit...??