U.K Plans To Relax Travel Restrictions for U.S. and EU

The United Kingdom government is considering opening to tourists from the U.S and the E.U in a bid to save its tourism industry.

The proposed move — which the government will finalize this week — would remove quarantine restrictions on U.S and E.U tourists. A British government official called the move “finely balanced,” but one that will bring mass tourism back to the U.K.

The United Kingdom had enforced restrictions on almost all incoming travelers since June 2020, when they introduced a controversial traffic light scheme.

The scheme effectively forced countries from amber and red list countries to quarantine — at their own cost — in a government hotel or private accommodation. As a result, tourism entering the country has slumped to record lows, even as the rest of Europe opens for travel.

The move was controversial and attracted criticism from countries around the world. That includes the United States, which placed the United Kingdom on level 4 do not travel list in response.

The United Kingdom still operates a traffic light system. If you’re coming from a red list country, the U.K government will not allow you to enter the country unless you are a British national or have residency rights.

Even if you’re a fully vaccinated British national, you’ll need to complete a COVID-19 test and book a hotel quarantine package, which will cover another two tests after arrival.

If you’re on a green list country, you’ll need to take a COVID-19 test upon arrival. But you won’t need to quarantine if the test is negative.

The proposed move would mean vaccinated travelers from the U.S and the EU would avoid quarantine on arrival in the U.K.

The Current COVID-19 Situation In The United Kingdom

The United Kingdom is the first country to go ahead and bet on its fast vaccination rollout. The country decided to lift all restrictions on life in recent weeks. However, cases have started to drop ever since the government removed all legal restrictions.

Scientists are debating whether this could be herd immunity at last or whether it’s because of the summer and kids leaving school. Either way, it’s promising for the U.K and its travel industry.

If you’re looking for a COVID-free destination — which is increasingly impossible — the United Kingdom might not be for you. The country has decided to live with the virus and will soon open up to international travelers regardless.

The U.K — and mainly London — remains a top-rated travel destination. London is one of the world’s greatest cities, but it’s been eerily quiet without the 20 million visitors per year. Although the U.K is one of the first nations to return to everyday life, the country hasn’t fully opened to international travelers. 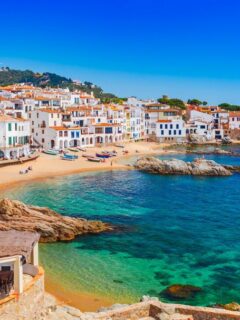 Previous
U.S. Issues 'Do Not Travel' Advisory For Spain And Portugal 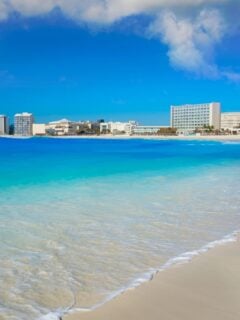 Next
Cancun Hotels And Restaurants Will Not Require Proof Of Vaccination
Click here to cancel reply.

Thats the right way. Some countries still think they can erase Corona.

Sensible approach to try live with it. All countries should do the same once fully vaccinated

@James agree, once vaccinated full access to travel without the headache. Let’s go!