Despite growing concerns over the Delta variant disrupting the resumption of international travel, airlines say that demand is only getting stronger, with some reporting their busiest weekend since the pandemic began.

In the United States, more than two million people a day are transiting through U.S. airports, according to recent TSA data. This is almost 3x the number that were traveling around this time last year and 80% of the number that traveled in 2019.

Major airlines in the U.S. say they have not seen any impact on demand over concerns about the Delta Variant.

“We haven’t seen any impact at all on bookings, which continue to just get stronger and stronger every week,” United Airlines CEO Scott Kirby said on Wednesday.

“We think the most likely outcome is that the continued recovery in demand continues unabated.”

The comments were echoed by other major airlines in the U.S., including Delta and America Airlines.

“Demand for our product remains strong and we’re very encouraged by the trends we’re seeing in the revenue environment,” American Airlines president Robert Isom said on Thursday. “The recovery is happening.”

Delta Air Lines also has not seen “any reduction or drop in demand” over the next two or three months, CEO Ed Bastian said last week.

Demand is increasing in Canada as well, as shown by Air Canada’s recent earnings. Revenues during the three months ended June 30 surged 58.8% to $837 million from $527 million in the second quarter of 2020. CEO Michael Rousseau said:

“The elimination of the quarantine period for fully vaccinated returning Canadians and the removal of other travel restrictions announced in June led to a significant increase in bookings. We expect this trend to further increase following the July 19th announcement communicating positive changes to come for Canadian travel restrictions.”

As the United Kingdom opens up and vaccination rates increase, demand for flights is increasing there too. This weekend, Heathrow Airport expects 60,000 passengers to depart daily, while Gatwick says it expects 250 flights a day, up from a low of just 15.

The numbers are still far below pre-pandemic levels, but companies including Easyjet, TUI, and Jet2, as well as major airports, said they would have more passengers this weekend than at any time since the pandemic began.

Manchester Airport said it was “an encouraging but tentative step towards recovery.”

It’s impossible to say what demand would look like without the concerns over the Delta Variant, but the fact that travelers are continuing to book more flights “indicates it’s not having that big of an impact,” said Adit Damodaran, an economist at travel search company Hopper.

While the Delta variant is more contagious than strains we’ve seen before, the fact that all of the vaccines approved in the U.S. appear to be effective at protecting against means that travelers are largely remaining confident about traveling. Delta CEO Ed Bastian said:

“The vaccines work and they’re giving people the ability to get back to their lives,” he added. “So no, we’re not anticipating any changes at this time.”

A recent survey by the International Air Transport Association (IATA) also revealed that travelers are confident about getting on airplanes again. 86% of travelers said they felt safe on board, with 89% feeling that the protective measures on board were well implemented.

U.S. Issues Level 4 ‘Do Not Travel’ Warning For UK 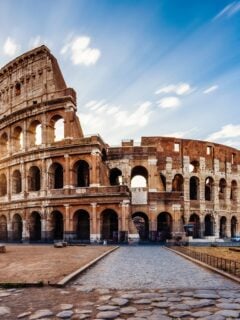 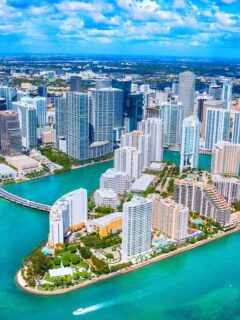