U.S. Announces Passport Fees Are About To Go Up

The U.S. Department of State is about to increase the cost to renew or apply for a passport. Here’s what travelers need to know about the increase in fees.

If you’re planning an international trip in 2022 and need to renew your passport, there’s another fee to factor into your budget.

Starting on December 27, 2021, the surcharge security fee on all passport applications will increase by $20, according to the U.S. State Department.

“The increased fee is necessary to ensure we continue to produce one of the most secure travel and identity documents in the world.”

What Is The New Cost Of A Passport?

Several factors go into calculating fees, including the type of passport you want, whether you’re renewing or getting your first one, and how fast you need it.

Travelers can pay $60 for expedited service.

You can quickly learn how much one will cost you by using this State Department fee calculator.

If you apply before December 27, the old fees will apply.

The increase in fees is well above inflation, even at its current record highs.
For comparison, consumer price inflation rose by 6.8% without seasonal adjustments in the last year.

How To Renew Your Passport

Last week, the U.S. government announced that they are creating a new digital system that will allow you to renew your passport online. However, the new order is expected to take six to 12 months to implement.

Currently, the most convenient way to renew a passport is by mail. The process takes between eight and 11 weeks or five to seven weeks for expedited processing. Renewals are moving a lot faster now than last summer when travelers were waiting up to 18 weeks due to a backlog.

U.S. Passport Ranked One Of The Best In The World

Global Citizens Solutions, an immigration consultancy, recently announced the release of its first-ever Global Passport Index. It placed the U.S. in first place for 2022.

The index considered the investment opportunities and quality of life indicators of each nation, as well as the number of countries its citizens could enter without a visa. Another key factor was the prospect of opening a business in another country, on which the U.S. scored highly.

The Henley Passport Index, considered the authoritative ranking of all the world’s passports, ranked the U.S. passport as the 7th most powerful in 2021. It ranks passports by the number of destinations their holders can access without a prior visa.

Seven years ago, the U.S. was in top place and has been consistently falling year on year on The Henley Passport Index. During the pandemic, the U.S. was reduced temporarily to being able to access just 75 countries (U.S.) due to the travel bans.

Since then, that list has grown, and sometimes contracted, responding to ebbs and flows of the pandemic. But overall, U.S. passport holders have a much wider selection of foreign destinations now than a year and a half ago, even with the Omicron variant.

Top 6 Sunny U.S. Destinations To Escape The Cold This Winter

U.S. Issues Level 4 ‘Do Not Travel’ Advisories For 9 More Countries 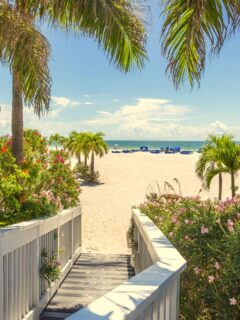 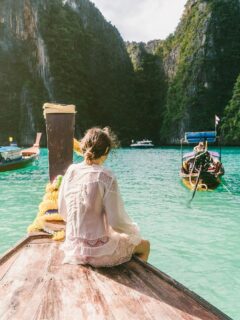 I could see in in the near future that the US could make passports only for the vaccinated. Time to get a second citizenship.