The White House announced in an executive order this week, that passport renewals will soon be able to be processed online.

The development emerged as part of a larger effort to implement more efficient technology and responsiveness into basic government services.

The order states that “Government must be held accountable for designing and delivering services with a focus on the actual experience of the people whom it is meant to serve. We must use technology to modernize government and implement services that are simple to use, accessible, equitable, protective, transparent, and responsive for all people of the United States.”

No details have been released as to the format of the new system, but clearly states that “The Secretary of State shall design and deliver a new online passport renewal experience that does not require any physical documents to be mailed.”

The current process, which has been much criticized for its inefficiency, currently takes between eight and 11 weeks, and can only be completed in person or by mail. An expedited service can still take as long as seven weeks.

As it stands, citizens wishing to renew their passport cannot complete any part of the process online other than downloading the form. Even at that point, it must be printed and either taken or sent to a passport processing center. Payments are only accepted in the form of checks or money orders.

But that is set to change in the near future. Although there is no announced dates for the roll out, a phased implementation is expected to allow any kinks in the systems to be amended before scaling the project. According to a Biden official, the passport process will begin on a “limited basis this month, but will take time to dramatically expand”.

As the announcement was made as part of a much larger overhaul impacting many aspects of the government’s interactions with the general public, blanket statements suggesting full roll outs could take between six and 12 months shouldn’t be taken as pertaining directly to the passport changes.

Other aspects of the order involve how citizens will deal with social security, the IRS, and disaster assistance. It sets out to address the frustrations faced by the public when dealing with the government. One statistic quoted regarding the IRS suggested that only 3% of the record numbers of tax payers seeking assistance this year reached an employee.

Another promising development for the travel inclined American is the potential use of new technology in airport security screening. Once again, no details are immediately clear as to what technology or policy will be brought in, but several new screening techniques are being tested in airports across the country.

The new developments are promising, regardless of the lack of concrete information. Hope is high that the process can improve for Americans, considering over 15 million people were issued passports this year. Forbes speculated that bypassing the USPS, who recently changed some of their processes to the detriment of their customers, will improve the process significantly on its own.

It should be stressed that as no dates have been set, travelers who require a new passport in the coming year and have already made travel plans should not wait for the new process to be implemented. 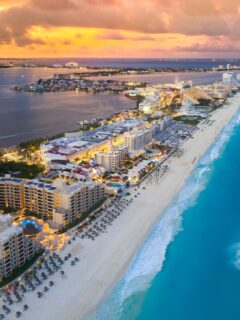 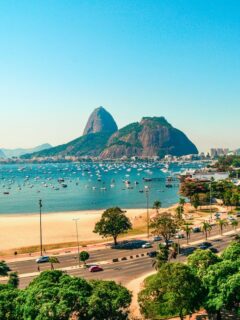 Next
Travelers To Brazil Will Soon Be Required To Show Proof Of Vaccination
Click here to cancel reply.