Governor Says Cancun Is Still A Safe Destination For Tourists

Mexico has remained one of the most popular destinations for Americans to travel throughout the pandemic, but recent events in Quintana Roo have caused security concerns for travelers and a new warning from the U.S. government.

Still, the government of Quintana Roo says that the state remains a safe and secure destination for visitors and that they have added additional security to protect tourists.

On December 7th, a group of men passed by Playa Langosta in the Cancun Hotel Zone on jet skis firing shots into the air before fleeing as police officers arrived.

Following the events, State Attorney General Oscar Montes de Oca Rosales said that security will be reinforced on Cancun beaches and at sea and that authorities have been using the city’s surveillance cameras to collect evidence and identify those responsible.

Rosales said the shots were likely an attempt at intimidation or as a warning by criminals due to the new presence of the National Guard.

“The institutions that make up the Coordination Group for the Construction of Peace and Security, attended a report of firearm detonations in the Hotel Zone of Cancun. Thanks to the rapid action of the elements, no injured persons were found and 3 jet skis were seized, where the alleged perpetrators were traveling. The search for said subjects continues,” he reported.

Speaking about the event, he stressed that no one was injured during the isolated incident and that the Coordination Group for Quintana Roo’s Peace and Security intervened in a timely manner to avoid further consequences.

He said that the Quintana Roo government and its state Police Department will continue to work with federal and local agencies, as well as the domestic and foreign private sector, to keep order and peace and guarantee a safe environment for residents and visitors.

While speaking, Gonzalez announced the launch of Mexico’s special security program in conjunction with the start of the winter holidays to provide additional security.

On December 1st, Cancun deployed 750 National Guard elements that arrived as the city’s new tourist battalion that will be utilized in Cancun and Riviera Maya.

Of the 1,445 National Guards, 750 will be posted in Isla Mujeres and will patrol Cancun, while the remaining 695 will be sent to patrol Riviera Maya, from Puerto Morelos to Tulum.

Governor Carlos Joaquin said that the 1,445 National Guard personnel will have a presence in five municipalities of Quintana Roo.

“The sum of efforts between the state government, the federation and the municipalities will be decisive in the strategies that have been undertaken in the entity to guarantee the safety of both visitors and residents of Quintana Roo.”

On December 8th, the U.s. state department updated its travel advisories for Mexico amid an increase in Covid-19 cases and crime.

Mexico is currently a Level 3: reconsider travel, and they suggest exercising increased caution when traveling to the state of Quintana Roo due to crime and/or kidnapping.

Despite the recent events and warnings, the number of visitors hasn’t dropped significantly. The governor says Quintana Roo remains a safe destination to visit, adding that there are no travel restrictions for international visitors.

Is It Safe To Visit Mexico During COVID-19? 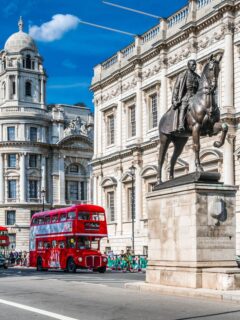 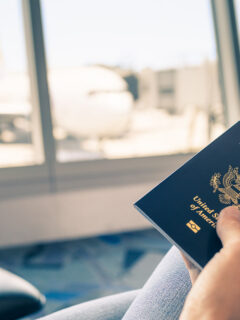 I am impressed by how pro-active the Mexican authorities have been in dealing with criminals, even when there hasn’t been any harm done. They are focusing on things that matters rather than waste their time jailing unmasked or unvaccinated like it has become the fashion in many countries around the world.

@Wouter, I’m in Puerto Vallarta now and I feel the same. It’s perfectly safe, and the freedom from covid abuse is priceless. Western countries on the other hand are doomed

@Christian, well, some weeks 2 tourists got killed in Tulum in a crossfire but besides of that, you are right. I am in Playa right now. Lots of security forces patrolling around and almost no covid BS. Feels like paradise here.