New Strain “Omicron” is Prompting Travel Bans Across The World

The United States is set to heavily restrict travel from South Africa and 7 other Southern African countries. Beginning Monday, only US citizens and legal residents will be able to travel into the US from the countries.

Passengers must still show a negative PCR test before entering the country.

The other countries included are Botswana, Zimbabwe, Namibia, Lesotho, Eswatini, Mozambique, and Malawi.

Many countries across the world, including all EU member states, are putting similar bans in place in attempt to protect themselves from a new wave of the COVID-19 virus.

The bans are linked to the emergence of a new mutated strain of the virus, which has ravaged the planet for almost two years since it was discovered in Wuhan, China. Scientists are extremely concerned about the new strain, named Omicron by WHO, as it appears to be a drastically mutated version. Although there is much to learn in the coming weeks, early analysis of Omicron suggests it may carry a much higher risk of reinfection than other mutations.

The predominant issue attached to its discovery is its possible resistance to the COVID-19 immunizations currently being used. The immunizations, such as Moderna, Pfizer and AstraZeneca, have been developed using older strains with less mutation.

The most notorious variant thus far, the Delta variant, is still causing problems across the world and was blamed for several resurgences in many countries, including the current infection increases in Europe.

President Biden made the announcement on Friday, stating, “I’ve decided we’re going to be cautious. We don’t know a lot about the variant except that it is a big concern and seems to spread rapidly, and I spent about a half hour this morning with my Covid team led by Dr. Fauci, so that was the decision we made.”

Currently, cases have mainly been found in South Africa, but a few have also been registered in Hong Kong, Israel, Botswana, and Belgium. Most of the cases found outside of Africa have had a direct link to South Africa in the past few days. Johannesburg, and its parent state of Gauteng, appears to be the center of the current surge, with the bulk of cases found so far stemming from the region.

Currently, South Africa’s vaccination is extremely low, with an approximate 22% of the population not receiving a full dosage of any approved vaccine. These figures worry world leaders, as a larger scale spread is more likely.

The health minister in South Africa has stated his disapproval at the global reaction, claiming them as “unjustified”. The larger frustration from the countries comes from the swiftness of the restrictions put in place, as the tourist industry and other sectors impacted by the sudden bans scramble to put financial precautions in place or deal with mass cancellations.

The quick turn of events has already sparked confusion. In one instance, a plane bound from South Africa to Amsterdam was held on the runway for hours. The ruling for the Eu had come into effect mid-flight, and the Dutch authorities were unsure as to how to deal with the passengers.

The variant is still only classed as one of “concern”. As more information is garnered, its classification, as well as the restrictions, will be updated.

Spain Planning To Close Hotels As Cases Continue To Rise 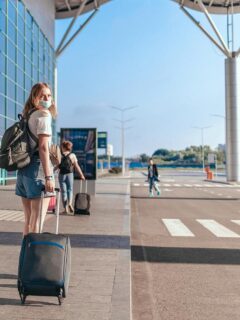 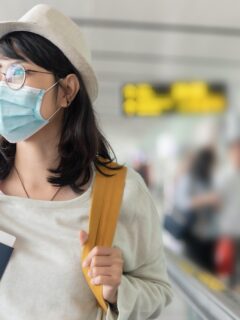 Right on schedule with another round of a scary sounding variant and some more doing of all the things that didn't work the last few times, but hey why not do them again.

I said when the talk first started about a vaccine being the only way out of this and "back to normal" that coronaviruses have always mutated too rapidly for a viable vaccine to be produced despite decades of attempts. Yet somehow, there was going to be one for a supposedly novel virus in a few months?

This is never going to end until people stop falling for it.

For anyone that *still* doesn't get it: they don't want you to travel. They you to eventually have zero freedom of movement. They will shutdown, delay reopenings, finally reopen (many countries reopening only to a list of countries that don't often send visitors anyway), then put new travel bans in place when they conveniently discover a new "variant". It will never end.

Well I guess it's time for another vaccine. Why is it they put travel bans on countries a week or ten days after the fact does the virus stop and wait until that time.

At least we're nearing Omega. Maybe they will stop this shameful, embarrassing, large-scale violation of human rights once they run out of letters.

Useless knee-jerk panic. Omicron Persei 8 is already everywhere. Anyway the countries doing the banning can't stop their own citizens from arriving from the countries being banned.