A new COVID-19 variant—which the WHO has called Omicron—is causing panic among the travel industry, creating travel restrictions, and closing borders.

The United Kingdom says the COVID-19 variant is the most significant variant found and called the travel restrictions “a huge international concern.”

The CDC says they need more data on the new COVID-19 variant but have already banned entry into the U.S. from 8 countries. However, authorities found the first European case of the new variant in Belgium today.

Although there is still little data on the new variant, scientists believe the B.1.1.529 variant started in South Africa before spreading around parts of Africa, Hong Kong, and now Belgium.

Scientists are worried because the variant has over 30 mutations on its spike protein, which is the key used to unlock our body’s cells. That’s more than double the number of the Delta variant.

As a result, scientists are concerned the new variant—which differs completely from the variant found in Wuhan almost two years ago—may evade the vaccines.

Scientists suggest, based on previous evidence, the variant could be more likely to infect and reinfect people with immunity to earlier variants.

As the news of the new variant spreads worldwide, travel restrictions are emerging. It’s a devastating blow to the travel industry, which had hoped for a sharp recovery this winter until spiraling cases in Europe and the emergence of the new variant.

The following nations have already placed a ban or restrictions on travel from much of southern Africa:

Italy announced measures to ban entry into Italy for travelers coming from the following countries:

Once they arrive in Germany, they will need to quarantine for 14 days, regardless of their vaccination status

However, as of today, the EU has taken no action on banning flights from southern Africa to the EU.

The U.K. has already started limiting flights from the following nations:

Travelers from these nations will need to self-isolate under hotel quarantine for 10 days in the U.K. after 4 am GMT on Sunday regardless of their vaccination status. The quarantine costs over 2,000 GBP.

The United States is set to heavily restrict travel from South Africa and 7 other Southern African countries. Beginning Monday, only US citizens and legal residents will be able to travel into the US from the countries.

Japan has restricted travel from the following countries because of the emergence of the new variant:

Travelers from these nations will need to spend 14 days in a government-designated facility followed by a further four days in quarantine at home.

The new variant and the subsequent travel restrictions have prompted a significant drop in Boeing shares overnight.

Virgin Atlantic said it would cancel all flights from Johannesburg from Friday to early Sunday because of the UK’s new rules.

Delta Airlines said, “Delta will continue to work closely with our government partners to evaluate any changes to U.S. policy,” 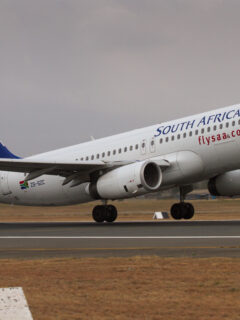 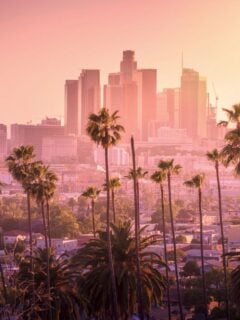 Next
Top 7 Free Things To Do While Visiting Los Angeles
Click here to cancel reply.

Science is absolutely a joke now

The virus variant circus continues...all hide! Vaxxed and masked, the sheep are still too scared, need government to keep virus and demons away.

Oh no the sky is falling lock everyone down for Christmas ! Since people in Africa don’t want the vaccine force them to get it because of ~variants!~ Continue tanking the global economy over a strain that is more transmissible which scientifically means it is also less lethal! The neverending story

Really can't wait for the new booster so I can feel safe again. Double masking in the meantime. Pfizer CEO says it will take a few months. Better safe than sorry.

And this ridiculousness continues. They should ALL be ashamed. South Africa, pro tip: just say nothing next time. For the love of f*ing God, virus mutate, there is nothing new to see here. Just STOP already