The UK has placed a number of African countries on its travel red list. The move comes as fears of a new Covid-19 variant in the region begin to grow, with previous variants of the virus having had a significant impact on the UK’s plans to ease restrictions just last summer. Travelers arriving in the UK from countries that are on the travel red list face a number of restrictions before being able to travel around the UK freely, and so the move has been made with the safety of the British public at mind.

The talk of a red list is bound to bring back unpleasant memories for many travelers, with the once densely populated list proving to be a significant hurdle for many travelers throughout the duration of the pandemic. Here’s a look at which countries will be placed on the red list, what it means for travelers from those countries and a look at whether other countries could be joining them.

Until recently, the UK’s red list for travel resembled something of a relic from the past. Where once it was updated frequently, it had recently enjoyed a sustained period of inactivity after the UK initiated a mass-relaxation of its travel policies, and had been completely empty of any countries for a number of weeks. However, the spread of a new variant of Covid-19 has seen the list populated once more.

As of 12:00 GMT today, six countries were added to the red travel list. The countries in question are South Africa, Namibia, Zimbabwe, Botswana, Lesotho and Eswatini. In addition to being added to the red travel list, all flights from those six countries to the UK have been temporarily suspended, as the UK looks to prevent importing any cases of the new virus variant detected in Africa.

Non-UK or Irish travelers will be banned from entering the UK if they have been in one of the six countries in the past ten days. British and Irish citizens arriving in the UK from 04:00 on Sunday 28th will be forced to quarantine in a hotel, with those arriving between now and then permitted to isolate in their homes. The flight ban is set to stay in place until the hotel quarantine system is back up and running, after previously being scaled down as restrictions were eased in the UK. Once back up and running, travelers will be forced to stay in hotel quarantine and undergo several tests.

As it stands, there have only been a handful of positive cases of the new variant identified. Just 59 cases have been confirmed – across South Africa, Botswana and Hong Kong – but its threat is such that it has forced the UK to act swiftly and decisively in order to prevent a recurrence of the severe impact that the Delta variant had in the summer. Whilst not much is yet known about the variant – known as B.1.1.529 – it has people worried.

Speaking about it, the UK’s Health Secretary Sajid Javid said that it had “perhaps double the number of mutations that we have seen in the Delta variant,” a fact Javid claimed “would suggest that it may well be more transmissible and the current vaccines that we have may well be less effective.”

With no cases detected in Europe so far, it’s unlikely the red travel list will expand much further over the weekend. However, should it be found on the continent, British travelers could be forced to go without trips to some of their favorite winter travel destinations. Some countries in Europe, such as Austria, have already been forced into lockdown over a rise in case numbers. 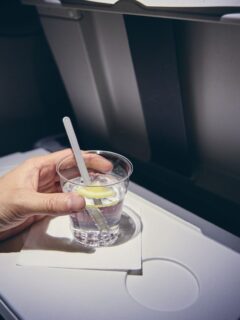 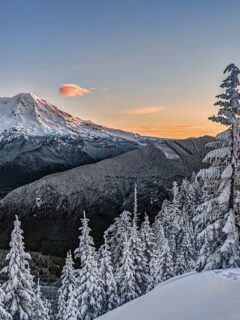 Next
Top 5 Unique Places Outdoors To Visit In The Pacific Northwest This Winter
Click here to cancel reply.

I see new border closures coming on the horizon once it spreads to places well connected to South Africa. We maybe have 2 weeks to get to the country we want to stay at for some time.

Unfortunately, should the unvaccinated continue to be allowed to travel and be in public, mutations are going to happen indefinitely. This is probably just the tip of the iceberg. Retirement accounts and travel plans are being impacted by these conspiracy theorists.

@Mercury, if rich countries distributed the vaccines evenly in poorer nations instead of hoarding, the mutation of viruses could have been prevented. WHO has also warned rich countries to stop hoarding on vaccines.

@Dee, Highly vaxxed countries like Austria, Singapore, Netherlands, Germany, Gibraltar, Ireland, etc, etc. are seeing their highest caseloads of the pandemic. A year ago 0% were vaxxed yet worldwide cases are pretty much the same as a year ago. The vaccines were a failure.

@Dee, unfortunately it’s not only that (though I agree with you). This looks incredibly bad right now and cases have actually been detected now (Belgium at least).

Let’s hope for the best.