United Airlines Brings Back In Flight Cocktails But Flyers Beware

As of November 15th, passengers are now able to purchase beer, wine, or cocktails in flight. The drinks are only offered on flights longer than 301 miles, and customers may only purchase one drink at a time. They will be purchased using United’s contactless payment system.

There’s also some welcome returns for passengers flying in some of the premium classes too. As of the 23rd of November, they will also be resuming pre-departure drinks for those in upper tier seats on both domestic and international flights. As well as this, real glassware will be making a return in December.

Alcohol sales across most airlines have been suspended in some manner during the pandemic, but United have been much more relaxed in their approach. They’ve allowed beer and wine since as far back as November 2020, while other airlines like American and Southwest have continually pushed back the resumption of alcohol sales.

The ban on alcohol was not originally designed to counteract any in-flight issues, but to minimize attendant to customer interactions while flying, in turn lowering the chances of infection.

However, many airlines have suggested the reason for extending the bans on alcohol is tied to a large uptick in unruly passengers. Federal Aviation Administration FAA investigations have increased drastically since COVID-19 began affecting the day to day lives of most people.

There have been over 5000 unruly passenger reports since the beginning of 2021, with over 3500 of them mask related. Many have escalated into verbal and, in some cases, physical abuse direct towards airline attendants. Although there is push-back from home airports about how relevant the alcohol component is, most airline attendants appear to stand in solidarity that there is not enough being done to support them when faced with air rage.

The trend has led the Association of Flight Attendants to lodge proposals to the government suggesting bans on to-go alcohol in airports, as well as the sharing of no-fly lists between carriers.

As early as August, the amount of fines charged by the FAA had reached $1 million. The fines varied drastically in their severity, with proposed individual fines of up to $45 thousand for some of the more shocking instances.

Just this week, the FAA announced a round of fines, as well as some explanations of the damage inflicted. One passenger had brought alcohol on board, smoked marijuana in the toilet and sexually assaulted an attendant. The individual is facing as a $40 thousand fine.

In many cases, erratic behavior from passengers has forced flights to be diverted for fear of crew or other passenger safety. Although, only 300 of the issue shave been directly attributed to alcohol problems, it is suggested that mask related problems are often exacerbated by intoxicated passengers.

It remains to be seen as to whether United will regret their decision to move forward with the resumed alcohol sales, but for the bulk of passengers who are happy to follow the rules of the airlines and government, it will be a welcome return for the inflight tipple. 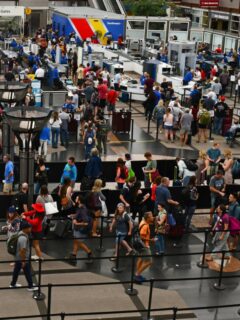 Previous
What To Expect This Weekend As 70 Million Americans Travel 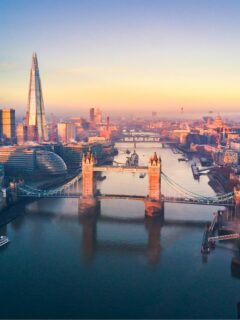