U.S. Issues Level 4 ‘Do Not Travel’ Advisory For Ukraine Due To Potential Russian Invasion

Following the amassing of Russian troops along Ukraine‘s border, the United States has issued the highest possible Level 4 warning against travel to the country, citing a potential Russian invasion that could leave American visitors stranded and/or in danger.

Over the last few months, Ukraine has seen Russia carry out several military exercises in close proximity to its border, with a build-up of roughly 130,000 troops, enough to lead a full-scale invasion that would trigger one of the largest armed conflicts in Europe since World War II.

As a result of recent developments, the U.S. Department of State has reissued its already stark Travel Advisory for Ukraine, replacing previous guidance published on February 10. As stated on their dedicated webpage, Americans should refrain from traveling to Ukraine due to the increased threat of a Russian incursion into Ukrainian territory and Covid-19.

As for those who are already present in Ukraine, they must arrange commercial or private means to leave “immediately”, as a war could break out with very little warning and, in any such event, the U.S. will not be able to send in troops to rescue Americans choosing to stay.

In an interview with NBC’s Lester Holt, which aired on February 10, President Biden reiterated that American visitors “should leave now”, as they are “dealing with one of the largest armies in the world” and “things could go crazy quickly”.

The U.S. fears the start of a full-blown conflict with Russia, especially after the country moved a hypersonic missile within range of NATO allies in the Baltic Sea. When deciding on staying, Americans risk facing not only heightened crime, but also civil unrest and potential combat operations should Russia venture into Ukraine.

The Slavic macro-power once seized its neighbor’s Crimean Peninsula in 2014, leading to irredentist conflicts in Eastern Ukraine that are ongoing. With recent reports of large-scale military exercises, and U.S. intelligence pointing to an imminent invasion, American citizens who do not follow official advice could be stuck in a warzone without being able to leave.

Previously, the Department of State authorized its Kyiv Embassy staff, and their families, to leave, meaning consular assistance to U.S. citizens in the country is becoming more limited by the day. From February 13, consular services will also be suspended at Kyiv, while a smaller consular presence will remain in Lviv, Western Ukraine.

Americans who are already in Ukraine and who seek emergency assistance, or who wish to notify the State Department of their continued presence in the country, in spite of all the warnings, are advised to complete an online form so they can be reached more easily if needed.

What Are The Chances Of A War Happening And What Are Russia’s Intentions?

Although it is challenging to predict how events will unfold, The Guardian has shone some light into Vladimir Putin‘s thinking and his wishes for a stronger Russia. Among the Russian President’s main grievances is the country’s waning sphere of influence in Eastern Europe, especially following NATO enlargement in the region.

Former Soviet Union republics such as Lituania, Latvia, and Estonia, previously part of the so-called Iron Curtain during the Cold War, have all aligned with Western institutions, including by being members of European Union (EU). With Ukrainians also hoping to secure a NATO position, as well as an EU future, Putin has hardened his stance.

According to him, Ukraine joining the North Atlantic Alliance could lead to a nuclear war, with Russia demanding that the West formally quashes Ukraine’s NATO perspective once and for all.

On the other hand, the U.S. has refused to bar Ukraine’s NATO aspirations, with Secretary of State Antony Blinken reaffirming America’s support of Ukrainian sovereignty and its right to self determination.

Throughout the Covid pandemic, Ukraine has been one of the easiest countries in Europe for fully vaccinated Americans to visit. With no pre-departure testing requirement, and pretty straightforward entry rules, Ukraine was a rising European destination in times of Covid before Russian invasion became a concern.

Instead, American citizens may now look more to the West when booking their European breaks, with countries such as the United Kingdom and Denmark all lifting their internal Covid restrictions and making it simpler for foreigners to enter.

Ukraine Entry Requirements For Travel in 2022

12 Insider Tips For Living in Ukraine (From an Expat!) 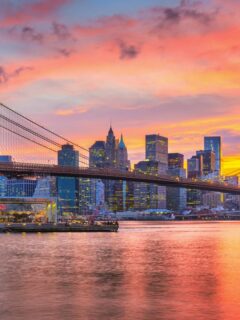 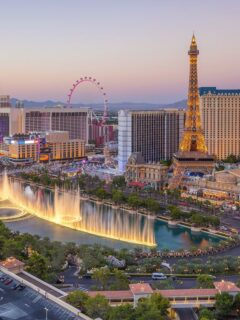 Next
Top 10 Bar And Nightclubs That Have Reopened In Las Vegas
Click here to cancel reply.

I feel bad for not going to Ukraine right now showing support while others scatter like scared chickens, but it's more of a weather issue for me. Putin does this encirclement likely so Ukrainians cannot launch an offensive to take back Donbass.

Joe has begun the long, arduous process of abandoning Americans in Ukraine.

What crazy times we're living in. What were the Russians thinking?! Putting their country next to the US's military bases! That was an act of aggression. And moving around troops within their own borders! What has the world come to? The Russians strut around Russia like they own the place!