Due to an increase in violence in the region, the U.S. government issued a warning to its citizens this week to avoid travel to Tijuana and other parts of Mexico.

How will this affect travelers in Mexico? We’ve got all the details below.

The announcement was made on the U.S. Consulate General of Tijuana’s Twitter page, warning citizens to reconsider travel to the Baja California state due to crime and kidnapping.

The consulate in Tijuana even went so far as to issue a shelter in place order for all U.S. government employees to avoid Baja California on August 12th, but has since retracted it from Sunday.

Over the week there have been multiple reports of vehicle fires, roadblocks, and heavy police activity throughout the northern region of Baja close to the U.S. border, specifically in the cities of Tijuana, Mexicali, Rosarito, Ensenada, and Tecate.

Just last month, the government issued an advisory for the Mexican states of Sinaloa and Sonora to reconsider travel to the two regions due to an increase in gang-related violence.

The reasons for the travel advisory to Baja are gang-related disputes, resulting in violence breaking out over the weekend in the area, according to the Tijuana mayor.

Montserrat Caballero, Mayor of Tijuana, issued the following statement over the weekend:

“Today we are saying to the organized crime groups that are committing these crimes that Tijuana is going to remain open and take care of its citizens, and we also ask them to settle their debts with those who didn’t pay what they owe, not with families and hard-working citizens.”

You can see the video of the mayor’s statement on her Twitter page.

The Tijuana/San Diego land border is typically one of the busiest border crossings in the world, with approximately 100,000 crossings per day.

Over the past week however, local residents have reported that the highway border crossing was almost completely free of any foot or car traffic.

Further south in the state of Guanajuato, 25 Oxxo convenience stores were set on fire. According to local reports, no one was injured during the incidents.

Incidents of arson have also been reported in the neighboring state of Jalisco. As a result the U.S. Consulate in Guadalajara, which is the capital city of Jalisco state, issued an advisory to its staff to “to follow the advice of local authorities and to shelter in place until further notice.”

One of the areas with the worst violence at the moment is Ciudad Juarez, which is near the U.S. border with El Paso, Texas.

Hundreds of police troops have been deployed in Juarez, Baja California, and all areas of unrest.

While it’s important to remain especially vigilant if you’re currently traveling in the border regions, the tensions haven’t made their way to other parts of the country.

According to recent reports, the state of things in the popular tourist destinations of Cancun, Puerto Vallarta, and the region of Cabo San Lucas remains “status quo.”

The second weekend of the annual Baja Fest in Rosarito Beach has not been canceled, by MSN has reported that a number of ticket holders have been asking for refunds.

How To Stay Safe While Traveling In Mexico

The Consulate’s Twitter Page has some helpful travel tips posted for any citizens abroad in Mexico. Here are some things to consider if you are traveling in Mexico:

U.S. citizens abroad in Mexico can also enroll in STEP (Smart Traveler Enrollment Program), where they can receive the latest alerts on the situation to their phones.

Top 7 Off The Beaten Path Beaches In Southern California 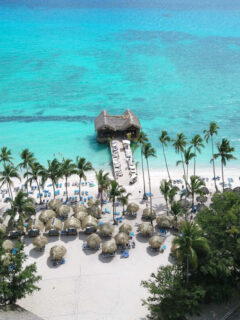 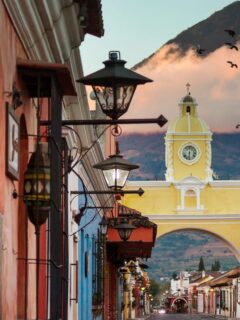 I recall distinctly last year leaving a comment that Sinalao is statistically, one of the most (violent) crime ridden areas in Mexico and I think this blog owner responded saying they lived there and it wasn't dangerous. Looks like nothing's changed, TBH.