U.S. To Accept Foreign Travelers With Vaccines Approved By FDA And WHO


Last month, the United States announced that it would require proof of vaccination for all international arrivals and end its 18-month entry ban on travelers from the E.U., U.K., and other nations.

But, a lack of clear requirements of what vaccines will be accepted and what date the U.S. will open has frustrated travelers, particularly for the millions of Canadians who received mixed vaccines who fear they may be shut out.

This post will look at the latest guidance from CDC on what vaccines will be accepted for entry and a recap of what we know about the U.S. opening for foreign travel in November.

CDC Says U.S. Will Accept Vaccines Approved By FDA and WHO

According to a spokesperson from the Centers for Disease Control and Prevention, foreign tourists vaccinated against Covid-19 with a drug approved by the U.S. Food and Drug Administration (FDA) or World Health Organization (WHO) will be allowed to enter the United States in November.

“Earlier this week, to help them prepare their systems, we informed airlines that the vaccines that are FDA authorized/approved or listed for emergency use by WHO will meet the criteria for travel to the U.S.,” CDC spokesperson Caitlin Shockey told USA TODAY on Monday.

The vaccines authorized for use by the FDA during the pandemic are Moderna, Johnson & Johnson, and Pfizer-BioNTech.

The WHO has also authorized the three vaccines above, along with Oxford-AstraZeneca/Covishield, Sinopharm, and Sinovac vaccines.

What Are The Entry Requirements For The U.S.?

In addition to proof of being immunized with an approved vaccine, travelers will also need to present a negative Covid-19 test taken within three days of departure. Officials have also indicated that the new system will include enhanced contact tracing.

American citizens do not have to show proof of vaccination to board international flights back to the U.S. but will be required to show proof of a negative Covid-19 test taken no more than three days before departure.

Unvaccinated Americans will be required to take a Covid-19 test one day before departure and provide proof they have a second test to take after arrival.

Millions of Canadians May Not Be Allowed In

The CDC did not provide any additional information on whether those who received a mixed course of vaccines would be considered fully vaccinated for travel purposes.

“CDC will release additional guidance and information as the travel requirements are finalized,” said Shockey in an emailed statement.

The Canadian government said they have been in talks with the U.S. about allowing Canadians with mixed vaccines in, but no additional information has been confirmed yet from either government.

“You’re talking about millions of Canadians who aren’t going to be permitted entry into the U.S., based on the fact that they have two different vaccine doses,” said Evan Rachkovsky, a spokesman with the Canadian Snowbird Association.

“We do remain hopeful that not only people with AstraZeneca, but travelers with the mixed doses as well, will be permitted entry into the U.S.”

Earlier today, the U.S. announced they will open the land border with Canada, but travelers still need to provide proof of vaccination.

In addition to a lack of clarity about mixed vaccines, the U.S. government has yet to provide a finalized date that they will open to foreign travelers since the original announcement when they said “early November.”

With November just a couple of weeks away, travelers in Europe, the United Kingdom, and other places the travel ban covers are growing frustrated and seeking a specific date so they can make or adjust travel plans.

Official rules and advice on opening dates and if mixed vaccines will be allowed are expected from U.S. authorities within the next few days/weeks, as airlines will need time to organize and comply before November.

U.S. Has Issued ‘Do Not Travel’ Advisories For 15 Caribbean Countries 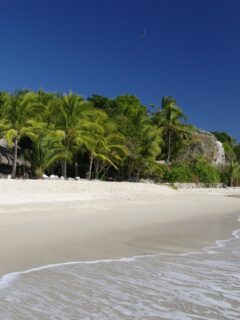 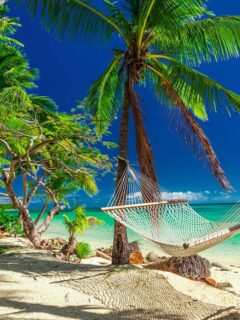 Proof of vaccination for foreigners but not for US citizens to enter the US? But US citizens need proof of vaccination on national flights? So, if I understand correctly, a US national flying from Mexico to San Francisco with a stopover in Los Angeles wouldn’t need a vaccine on its flight to Los Angeles, but would need a vaccine from LA to SF? And since when are viruses more dangerous on foreign travelers over US travelers when flying across the border?