The government of the United Kingdom is scrapping its current rules on PCR tests. The move will allow visitors and citizens to enter the country without taking a pre-flight test, as long as they are fully vaccinated.

The current rules were put in place as the Omicron variant emerged from the southern regions of Africa. The swift spreading variant quickly gripped the travel world once again, prompting immediate bans for several countries.

But as of Friday at 4 am, those who have received two doses of an approved vaccine will no longer have to provide a negative COVID test to enter the UK. A lateral flow test will be required on the second day after arrival, but no quarantine period will be mandated (although recommended).

It should be noted that unvaccinated travelers must still take PCR tests up to three days before arrival, quarantine for ten days, and take a PCR test on day two and day eight. These must also be booked and paid for in advance.

Officially, these rules currently only apply to England, but Scotland, Wales, and Northern Ireland are all expected to follow suit to allow consistency of message.

It marks a return to the same restrictions in place before Omicron reared its head.

Aside from the immediate bans on individual countries, the UK previously implemented a mandatory PCR test for all arrivals over the age of 12 to enter the country. This applied regardless of vaccination status. Another COVID test had to be taken two days after arrival as an added safeguard. This test had to be booked and paid for before departure. Arrivals were expected to self-isolate until the results of the second test come through.

These rules will still apply until Friday at 4am.

For a traveler hoping to enter the UK, the costs were high. In some countries, individual tests could run as steep as $200, especially to receive results quickly enough. Add another private test upon arrival and a family of four could be looking at a significant sum of money.

The move was set in place to offset the speed of Omicron’s spread but the restrictions did little to counter the variant.

Omicron is now the dominant strain of COVID in the UK – a fact that critics of the travel restrictions have viewed as evidence of their ineffective use in the battle against the virus. The travel industry and several members of parliament have all been reported as stating the restrictions are all but redundant and should be scrapped to avoid hampering tourists any further.

The news would be welcomed by British citizens and visitors alike, who may find the lack of any aggressive restrictions domestically at odds with the travel mandates. The UK did not implement any serious lockdowns over the Christmas period, unlike several other European countries. Smaller restrictions like masks enforcement and no more than three households mixing were more commonplace.

For US travelers hoping to head to the UK, it will be a welcome sigh of relief. America is struggling with stratospheric infection rates and wait times for PCRs are as long as a week in some areas of the country. Even at-home antigen tests are sold out leaving millions confused as to what procedure to follow. With the CDC guidelines dropping the isolation period to five days, many citizens are lost as to how to deal with a potential infection.

Within the United Kingdom, testing requirements surrounding isolation periods have also relaxed. The high number of infections has prompted the guidelines to now recommend that a positive lateral flow test can be used to begin any isolation period. Previously, a PCR test was used as the baseline.

The UK’s decision could mark an interesting departure point for world travel. While many countries have taken the no-nonsense approach and locked down borders, industry pressure and frustration have prompted a much more open stance.

It could prove a turning point for some tourist-reliant countries suffering from a lack of business. Omicron is proving to be a fast-spreading variant, but not as severe in terms of symptoms. The Prime Minister of the UK, Boris Johnson, has been quoted using verbiage such as “riding it out”, suggesting a much different approach than in the past.

Travelers are still strongly advised to keep abreast of any developments as they are prone to changing quickly.

Countries in Europe That Have Reopened For Tourism 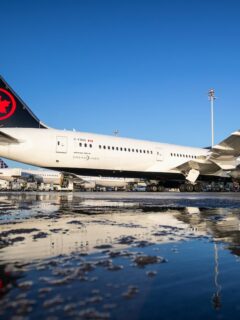 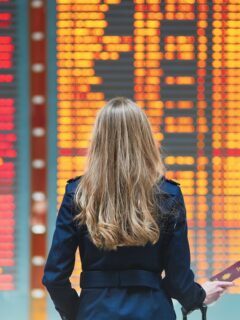 Actually, if you all read the fine print, this is hardly anything to get excited about.

The UK may be scrapping the pre-flight PCR testing requirement (for fully vaccinated passengers only; those not vaccinated must self-isolate for 10 days upon arrival), BUT you still have to take a covid-19 test on day 2 after your arrival. They do give the option now of taking a rapid antigen test in addition to the standard PCR test if that makes anyone feel better.

And what happens if one happens to test positive on day 2? Yup, they now have to self isolate in their hotel rooms for 10 days and are not to leave unless there are 'exceptional' circumstances. One can leave self isolation if they have two consecutive negative covid-19 test results on day 6 and day 7.

And as mentioned before those not vaccinated still have to self isolate for 10 days upon arrival regardless. AND they have to take two covid-19 tests on day 2 and day 8. If you test positive on any of those days, off to self isolation you go.

As you can see it's not that much of an improvement. All you are doing is forgoing one test to fly into the UK, but the chances of you getting infected on your flight is still there. And you still have to test anyways once you arrive in the UK, and deal with the usual mess if you test positive.

I think many people just read the headlines that the UK got rid of the pre-flight test and assume that travelers are now free to enter without any covid-19 testing requirements or quarantines. Technically, that is not true. I'll start celebrating once my favorite destination countries eliminate ALL covid-19 testing and quarantine requirements.

this is a big statement. hope the rest of the world takes notes to stop freaking out

At least one country behaving rationally.

If I fly into England and immediately take a bus to Frace, that 2nd day testing is not required correct?

You can't test in a country you're no longer in! :)