UK To Use NHS App As Vaccine Passport


Around the world, it seems the race to produce a vaccine passport is well and truly on. From the IATA testing their Travel Pass application, to the EU planning to discuss their Digital Green Certificate in the European Parliament, interested parties the world over are frantically working on different forms of the vaccine passport in order to restart travel as soon as possible.

The UK is no different, and it was announced yesterday that their version of the vaccine passport will be accessed through their NHS app. Here’s what we know about it so far, and what was said about where Brits will be able to travel.

Originally launched in 2018, the NHS app is the application of the UK’s National Health Service, the publicly funded healthcare system that the UK has. It is extremely popular in the UK, as it allows British citizens to perform a number of tasks, such as:

The NHS also released a Covid-19 app, which came with a number of Covid-19 related features. These features included contact tracing, where the app would use Bluetooth technology to track time and distance between devices, as well as users being able to check the restrictions in their postcodes. It has been downloaded more than 21 million times throughout the course of the pandemic.

NHS App To Include Vaccine Passport – What Travelers Should Know

The British government confirmed yesterday that travelers will be asked to prove their vaccination and testing status through the NHS smartphone app. The news comes as other countries have begun revealing their intentions to use vaccine passports in order to facilitate travel this summer, such as Spain.

“It will be the NHS app that is used for people when they book appointments with the NHS and so on, to be able to show you’ve had a vaccine or that you’ve had testing.”

Schapps also clarified that it would be the general NHS app, rather than the Covid-19 specific one, that would house the travel passport feature. The transport minister then went on to announce he was working with partners across the world to ensure the system would be recognized internationally. No details were revealed as to when the travel passport feature of the NHS app will go live.

Vaccine passports are one of a number of potential options that have been heralded as a safe way to restart tourism this year, though they have also been criticized by some. Florida’s governor Ron DeSantis recently issued an executive order banning the use of vaccine passports in the state, claiming that they would create two classes of citizens.

Where Will They Be Used?

Schapps was also pressed into revealing where British travelers would be able to travel this summer, as the country edges closer to May 17th – the date when Brits will be allowed to travel once more – but he refused to commit to any destinations.

Speaking about the matter, he said:

“We do need to make sure that we do this very, very carefully … But, in the next couple of weeks, I’ll come back on and I’ll be able to tell you about which countries will have made it into the traffic light system – and that green list in particular.” 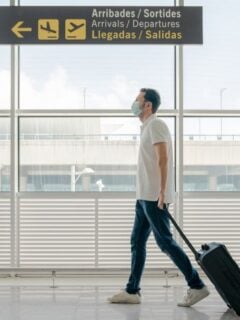 Previous
Spain Plans To Reopen For All Tourists Beginning In June 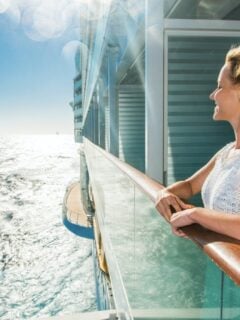 Next
U.S. Cruises May Return in July, But With These Major Changes
Click here to cancel reply.

"We have no plan of introducing a vaccine passport." - Nadhim Zahawi, Feb 7 2021

Let this serve as a reminder that your government does not care about you at all. They never have and they never will because that's not how this works. They will lie to your face and laugh at you as you accept their ridiculous terms.

What a bunch of absolute nonces. There are a lot of places that have been fully reopened for MONTHS and people are living normal lives again. And get this - people aren't dying all over the place. What an insidious lie that we "need" vaccine passports for anything.

The States - okay, but I wasn't talking about domestic travel. For us Europeans the States are still unaccessible so far....and if they open I am sure it will only be for vaccinated travelers from Europe.

Mexico - open, but many Covid restrictions in place like mask wearing when in public and many businesses and attractions closed outside the main tourist hubs like Cancun - so definitely no normal life.

Asia - which countries permit entry for tourists at all currently?!

Albania, Macedonia - right, but on the way back you have to test and quarantine - so at least no restriction free return possible.

Sweden might be an exception...but it also shows up on the high risk area list - means no return possible without quarantine.

The only way to travel without any big hurdles and to bypass restrictions will finally be the proof of vaccination....which is good as we don't need any super spreaders in the future...

@Stephan, Many parts of the States, many parts of Mexico, Sweden, several countries in Asia, Albania, Macedonia, Belarus. All normal because a virus on the loose with a 99.9% IFR doesn't necessitate one.

@Liberty, I'm really curious which places you're talking about...??? Also, you don't need a vaccine passport if you don't want to.

Can you name some of the places that have no vaccine passports and where people are living normal lives at the same time? Don't mention Australia or New Zealand - they don't need those passports as there is almost no community transmission happening - but the price is high, as they are cut off from the rest of the world - and will probably remain closed forever. I wouldn't call this "normal life"....