The pandemic has decimated the travel industry, with the number of people traveling falling to record lows and thousands of businesses forced to close around the world. Restrictions and rules imposed by governments to facilitate safer ways to travel have been unpopular, leading many travelers to voice their disapproval.

There are also those who have done more than just complain – some have even launched legal challenges against the restrictions. One such group who decided to dispute the restrictions in court is the Manchester Airports Group, which yesterday found out that they were unsuccessful in their challenge. Here’s a closer look at this story, and what it might mean for the future of the traffic light system in the UK.

Ever since the UK went live with its traffic light system of re-starting travel back in May, it has been a bone of contention with not only the British public, but with companies who operate within the travel industry. Feeling that enough was enough, the Manchester Airports Group – along with other interested parties such as Ryanair, easyJet, British Airways, TUI and Virgin Atlantic – decided to take the matter further and appealed for more transparency in the government’s decision-making process.

In their legal challenge, the companies stated that the “opaque way that decisions are being made is undermining consumer confidence in the traffic-light system and makes it impossible for airports, airlines and other travel companies to plan for the recovery of international travel or work with the government on future reviews.” The Chief Executive of British Airways – the UK’s national carrier – also added that he felt the UK was at risk of being left behind as Europe was moving at a quicker pace to reopen.

Yesterday, on July 20th, the court had made their decision and emerged that the coalition had failed in their efforts to make the traffic light system more transparent. The judges claimed that should the government have to provide detailed information each time it was requested, it would “impose an unreasonable burden” and “risk slowing the decision-making process”, meaning the public is to be none the wiser when it comes to understanding why decisions are made.

The news was welcomed by the British government. A spokesman said:

“Our traffic light system continues to cautiously manage the risk of new variants as we balance the timely reopening of international travel while safeguarding public health and protecting the vaccine roll-out”.

However, the verdict was slammed by the coalition. A joint statement by the Manchester Airports Group and the airline chief executives read: “British businesses and consumers deserve to understand how the Government takes decisions on the traffic light system so that they can book their travel with confidence.” The group went on to say that the decision that fully-vaccinated travelers returning from France still have to quarantine as “shambolic” and that the US and other major EU countries should be on the UK’s green list.

However, whilst they may have lost the battle, they may not have lost the war. Airlines have been responsible for other changes to the government’s policy in recent weeks, such as changing amber list travel restrictions, and they may yet be able to influence their decisions further in the coming months. The countries currently on the green, amber and red lists can be found here. 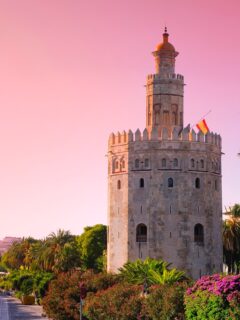 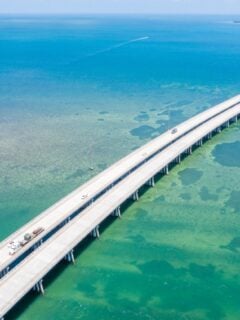 Next
Best U.S. Road Trips To Take On The East Coast
Click here to cancel reply.

Unlike the US legal system, the English Legal System sees its primary role to protect the establishment against threats from anyone including Industry and as we saw in Brexit the Government and the voice of the electorate. It allows incompetence such as we see in the handling of Covid and particularly the Indian Variant to flourish protected from the public gaze, along with Isolation avoidance deals, Bending the rules for Politicians and Diplomats and BBC Journalists.... You could not make it up.