A set of controversial rules relating to Covid-19 vaccinations that were included by the UK as part of their travel restriction shake-up just last week has caused outrage around several parts of the world. The rule sees travelers heading to the UK – who have been vaccinated in most countries around the world – treated as though they were not fully vaccinated due to where they received their inoculation.

The UK’s new travel restrictions updates were celebrated initially by both British travelers and those in the travel and tourism industry following the controversial traffic light system which preceded it but, as time has gone on, more and more faults are being found with their new system. Here’s a closer look at the rules that have brought about complaints from travelers around the world and whether they are likely to be addressed or not.

The UK’s entry restriction update was overwhelmingly welcomed by British travelers. The scrapping of the green and amber lists, coupled with the need to take fewer Covid-19 tests and the option of taking the cheaper lateral flow tests instead of pricey PCR, led many to believe that the changes would make British travel not only more affordable, but open to the masses. However, for those outside the UK hoping to visit, it has caused several more problems and has made the UK less accessible.

According to the government’s website, the new travel rules – in effect from 4am on Monday 4th October – state that fully vaccinated travelers will no longer need to take a pre-departure test, a test on day 8 of their arrival or have to quarantine at home or where they are staying for ten days after arriving in the country. Whilst these are good updates for fully vaccinated travelers, the issue lays with the UK’s definition of what constitutes “fully vaccinated”.

The UK’s reluctance to accept any traveler that has been vaccinated in a country that isn’t listed above means that millions of potential visitors to the UK – who may have received the same vaccine as other travelers and be considered fully vaccinated in their own countries – will be forced to pay for both a pre-departure test and a further test when in the UK, as well as having to quarantine upon arrival. The rule has been labeled as discriminatory and xenophobic by many affected by it, whilst others have raised the point that such rules are not in effect for vaccinations against other ailments, such as polio.

Commenting on the matter, a government spokesperson said: “Our top priority remains protecting public health, and reopening travel in a safe and sustainable way, which is why vaccine certification from all countries must meet the minimum criteria taking into account public health and wider considerations.” Whilst the government is vague in their criteria, there is still the possibility that countries can change the UK’s policy. Following public outcry in India, the UK altered its policy to include the Indian-made version of AstraZeneca, Covishield – giving other countries hope that similar alterations can be made for their vaccines. 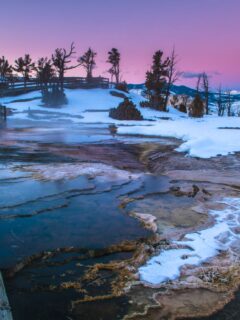 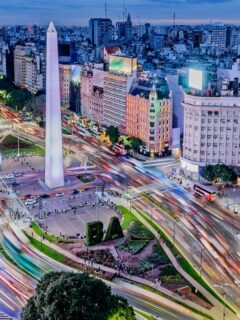 I bought my ticket for Barcelona from Canada with British airways transit in London england , does this article stipulate no more pre covid test ? I was told a pcr test before boarding.

Question, it is stated above for the 2nd condition. "The second condition is that a traveler has been vaccinated with a full course of the Oxford/AstraZeneca, Pfizer BioNTech, Moderna or Janssen vaccines from a relevant public health body in Australia, Antigua and Barbuda, Barbados, Bahrain, Brunei, Canada, Dominica, Israel, Japan, Kuwait, Malaysia, New Zealand, Qatar, Saudi Arabia, Singapore, South Korea, Taiwan or the United Arab Emirates (UAE). "