United Airlines has been fined by the federal government for several long tarmac delays for both domestic and international flights, whilst some of their own employees have filed a lawsuit against the airline for their strict vaccination mandate. The events have capped off what should have been a busy, exciting week for the airline following the US’s decision to allow travelers from both the EU and the UK to enter once more.

The largest fine of its kind to be issued by the Department of Transport, it is bound to have other airlines worried about what fines may be heading their way, following several periods of poor service and delays that have occurred throughout the pandemic. Here’s a closer look at United’s fine, plus more on the story of the lawsuit heading their way.

There are fewer things worse than facing a delay at an airport, but a delay whilst on the tarmac ready to take off is one of them. Yet whilst they are a bugbear for passengers, they are also a major issue for airlines too – as United have found out this week. On Friday, it was revealed that the airline – one of the largest in the US when ranked by both fleet size and passengers served – had received the largest fine for tarmac delay violations to date.

United was fined a total of $1.9 million for keep passengers on the tarmac for extended periods of time. The fine took into account violations that occurred between December 2015 and February of this year. Between these dates, more than 3,200 passengers on 20 domestic flights and 5 international flights were affected. Passengers were kept on flights several hours in some cases without the option to deplane – a violation of United’s tarmac delay contingency plan which led to the fines being issued. The fines account for around $76,000 per flight.

The longest delay cited saw passengers kept on a plane for more than five hours in April 2016 after an international flight bound for Houston diverted to New Orleans. Passengers were only allowed to deplane after the crew onboard the flight had exceeded their maximum permitted working hours and had to be replaced. Other delays came following issues such as severe weather preventing a flight from taking off in time.

Addressing the situation, an email from United Airlines read:

“We remain committed to fully meeting all DOT rules and will continue identifying and implementing improvements in how we manage difficult operating conditions while maintaining the safety of our customers and employees.”

United made headlines back in August when it emerged that the airline would require its employees to be vaccinated against Covid-19 or face termination, becoming the first major airline in the US to implement such a policy. However, whilst around 97% of their employees have been vaccinated to date, not everyone agrees with the airline’s controversial policy – and they are taking United to court as a result.

With United’s September 27th deadline for vaccination looming, six employees have launched a lawsuit against the company, stating that United failed to approve accommodation requests regarding the vaccine. Addressing the issue, a partner at the firm addressing the plaintiffs issued the following statement:

“We filed this lawsuit to protect the rights of honest, hardworking United Airlines employees who have religious or medical reasons not to receive the COVID-19 vaccine. United has refused to grant any accommodations and these employees are scared by United’s draconian mandate that forces them to either get the vaccine or lose their job. That’s unacceptable in America.”

The outcome of the lawsuit is bound to be keenly watched by other businesses in the travel industry. 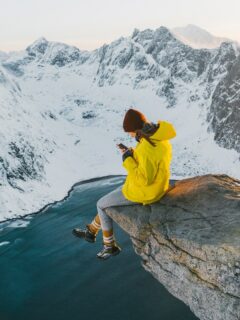 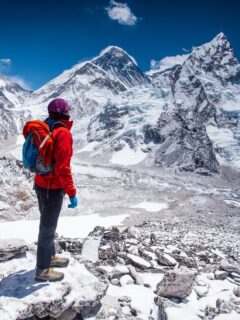