The CEO of one of the US’s largest airlines has described the concept of needing to be vaccinated to travel domestically as unlikely. Scott Kirby, the CEO of United Airlines, discussed the idea yesterday, and labeled it as a question for the government, not for the airlines, with his answer bound to be a relief for pandemic-weary travelers across the country.

Whilst there may be a consensus that a mandatory vaccine for domestic travel would be a step too far, airlines have differed with their approaches to safe flying during the pandemic. As well as passenger vaccinations being a hot topic, employee vaccinations have also been in the news, with some airlines mandating the inoculation and others not. Here’s everything you need to know about mandatory vaccinations for passengers and employees, and a recap of other safety-related changes to the flying experience.

Vaccine For Flights Unlikely – What Travelers Should Know

The pandemic has seen many of us change the way we plan, approach and carry out travel. Entry restrictions and requirements are among the first things travelers check now, with the need to be inoculated now a barrier to entry for many countries around the world. Yet whilst a vaccine may be needed to travel internationally, it is looking unlikely that it will be needed to travel domestically – or at least that’s the belief of United Airlines’ CEO Scott Kirby.

Speaking to CNN yesterday, Kirby batted away the idea that travelers would need to be vaccinated for domestic travel, answering with “it’s a government question, but I suspect that it won’t happen domestically.” Kirby isn’t alone in his assertions, with the CEO of Delta Airlines Ed Bastian also sharing the same opinion a few months ago. However, the situation for staff at airlines across the US is markedly different.

Last week, United Airlines made headlines for being the first airline in the US to mandate vaccination for all of its employees. The airline gave its employees either until October 25th to be vaccinated, or five weeks after the FDA fully approves a vaccine – or they run the risk of getting fired. United was also joined by Frontier Airlines, which required their staff to be vaccinated by October 1st or commit to regular testing instead. Following a meeting with President Biden, United’s Scott Kirby described the mandatory vaccination call for businesses as “inevitable”.

However, other airlines have so far resisted the urge to join United in their commitment to mass inoculation. Southwest Airlines revealed in a memo that they strongly suggested their staff get vaccinated, but they would not force the issue. American Airlines have also incentivized vaccination with an extra vacation day, but have also decided against making it compulsory. Delta – despite requiring new hires to be vaccinated – have not mandated that all their staff get jabbed against Covid-19.

Airline Safety During Covid-19 – A Recap For Travelers

United’s decision to fully vaccinate their staff has been made with passenger safety in mind, in the wake of the ever-growing threat of the Delta variant. However, it is just one of many ways that airlines have endeavored to make the flying experience safer for travelers.

From compulsory mask-wearing from check-in to leaving the airport and the removal of middle seats, to halting the sale of alcoholic drinks on board, airlines have covered plenty of bases when it comes to reducing the risk of the harm coming to their customers – with Qatar Airways’ efforts in the field playing a role in the airline scooping the award for the best airline. With little end in sight as far as the pandemic is concerned, these changes are sure to be sticking around for a while. 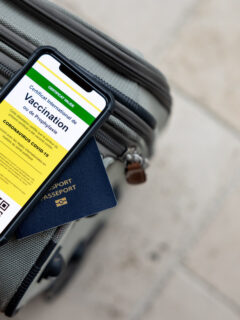 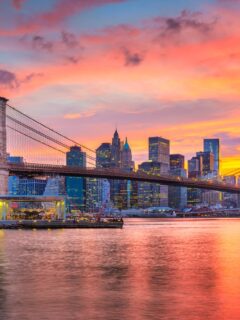 Next
The 10 Most Romantic Places To Visit In New York City
Click here to cancel reply.

It would be great if a new airline started up that is actually enjoyable like the old days. We need an airline that promotes freedom and not tyranny. I would pay extra for an airline that bans masks, sells drinks, and treats their customers with dignity. The super rich are traveling on private jets without masks or restrictions, so why can't we? I really hope this site starts promoting alternatives more, as many of us real travelers are not the type to comply with tyranny.

@Jessica Smith, the super rich and the political class. Let's not forget all the "sophisticated" vaccinated people that can gather and party without masks and those politicians that rent private jets to run away from doing their duties. Rules for us but not for them.

@Jessica Smith, I love to read such comments. It restores faith into humanity. I'd totally support companies that do not impose those dumb rules.

@Jessica Smith, Freedom Travel Alliance is working on this. They probably still have a way to go on but worth keeping up with what they're working on.

The states will fight back hard on this one. Remember when DeSantis nixxed president sippy cup's idea to have mandatory testing for flights to/from Florida.

PERFECT there's a couple of airlines where the unvaccinated people can fly !!!!!

So rest of us can patronize legitimate airlines

@Tim Kinney, Sure. Don't forget to get quadruple vaccinations, wear 10 face masks and a plastic bag on your head.