United Airlines has this week achieved the feat of becoming the first airline in the world to fly a commercial flight using 100% Sustainable Aviation Fuel (SAF). The achievement is a landmark in the quest to make travel more environmentally friendly – an area in which the aviation industry is often criticized – and could revolutionize how many of us view and use air travel over the next few years.

Whilst the pandemic has been bad for travel all round, United isn’t the only airline to make a green leap forward during this tumultuous period. From airlines purchasing record orders for SAF, to achieving a fully carbon neutral passenger flight, several environmentally-friendly breakthroughs have been made over the past two years or so – and United’s could be the best yet. Here’s everything you need to know about their achievement, plus a recap of other green feats made during the pandemic.

United’s history making flight took off on Wednesday, December 1st. From Chicago O’Hare, the new United 737 Max 8 aircraft – already noted for its fuel efficiency – flew more than 100 passengers to Reagan International Airport in Washington, DC, with United’s CEO Scott Kirby amongst the lucky few on board. In doing so, the trip became the first passenger flight to be operated with 100% SAF.

According to current regulations, aircraft are only permitted to use a maximum of 50% SAF on board. United however were granted permission to have one engine operating 100% on SAF. For the flight, they loaded 500 gallons of SAF loaded into one engine, with the same amount of conventional jet fuel loaded into the other. In doing so, United hoped to both prove that there are no differences between the two when it comes to operation, and to set the stage for the wider use of SAF by more airlines in the future.

“United continues to lead from the front when it comes to climate change action. Today’s SAF flight is not only a significant milestone for efforts to decarbonize our industry, but when combined with the surge in commitments to produce and purchase alternative fuels, we’re demonstrating the scalable and impactful way companies can join together and play a role in addressing the biggest challenge of our lifetimes.”

The flight represents just a facet of United’s wider eco-friendly commitments. In April, the airline launched its Eco-Skies Alliance program, a program that has since gone on to purchase more than 7 billion tonnes of SAF since its launch. This volume is reportedly enough to cut out around 66,000 metric tons of greenhouse gas emissions, or to fly travelers more than 460 million miles.

United has long since been a pioneer when it comes to making the aviation industry greener. The airline was the first to commit to reducing its greenhouse gas emissions by 50% by 2050 – and they have since altered to pledge to make it a 100% reduction. The airline also invested in an all-electric flight company back in February, furth showing their commitment to reducing carbon emissions.

However, they’re not the only airline doing their part to take care of the environment. In September, British Airways launched what they called the “perfect flight”, a carbon neutral flight that went from London to Glasgow. The feat was achieved through using a range of different carbon-saving techniques, such as using SAF, taxiing with electric vehicles and purchasing carbon offsets. 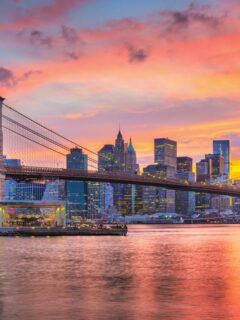 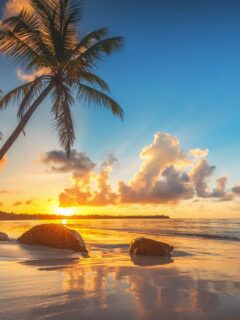 G-d bless United. For the purpose of using SAF they purchased an old B747, as the first picture suggest:))