Unruly airplane passengers continue to be a problem in the U.S., and now the Transportation Security Administration (TSA) is partnering with the Federal Aviation Administration (FAA) in the ongoing fight against them.

Now, travelers who cause difficulties on airplanes are at risk of losing their TSA PreCheck credentials.

According to the official statement by the FAA and TSA, unruly airplane passengers in the U.S. may face additional consequences for behaving badly under the new partnership between the two organizations.

Under the new partnerships, the FAA will share the information of passengers facing fines for unruly behavior with the TSA. The TSA then has the discretion to remove the passengers from TSA PreCheck screening eligibility.

According to the TSA, more than 10 million American citizens and permanent residents have TSA PreCheck.

The program allows travelers to bypass certain security measures, like taking off their shoes and removing laptops and other small electronics from cases, allowing for a shorter screening process. To have PreCheck, travelers must apply and go through a clearance process with the TSA.

“TSA has zero tolerance for the unruly behaviors, especially those involving physical assault occurring aboard aircraft. We have tremendous respect for airport staff, gate agents and flight crews that get people safely to their destinations,” said TSA Administrator David Pekoske.

“This partnership with FAA will help ensure the safety and security of all passengers and hold those who violate federal regulations accountable for their actions.”

In addition, the TSA will share information with the FAA to help identify and locate unruly passengers to serve them with penalty notices.

“If you act out of line, you will wait in line,” FAA Administrator Steve Dickson said. “Our partnership aims to promote safe and responsible passenger behavior. One unruly incident is one too many.”

The new partnership is the latest effort to fight against unruly passengers. During the summer, new heavy fines were issued by the FAA, and two months ago, it was announced that unruly passengers could be added to the U.S. no-fly list. In addition, individual airlines can also ban certain travelers.

Unruly Passengers Continue To Be A Problem In The U.S.

The issue of unruly passengers on flights has not yet gone away, despite strong punishments being handed out to offenders.

The new regulations come amid what the president of the Association of Flight Attendants, Sara Nelson, said is an “unprecedented increase in assaults from violent passengers.”

Last week, Nelson told the Senate Committee of Commerce, Science and Transportation that members have reported “being repeatedly punched in the face, kicked, slammed against doors and counters and have even been spit on by passengers.”

The FAA reports that it has gotten 5,779 complaints of unruly behavior in 2021, of which 4,156 are related to mask rules. Only 325 have resulted in active law enforcement cases.

These incidents have racked up hundreds of thousands of dollars in fines, with the single highest at $40,823. It was against a passenger who brought their own alcohol on board, attempted to smoke marijuana in the plane bathroom, and sexually assaulted a flight attendant.

The FAA and FBI announced last month that 37 incidents of unruly behavior on aircraft have been referred for criminal review, and more could be coming.

U.S. Issues Level 4 ‘Do Not Travel’ Advisories For 9 More Countries 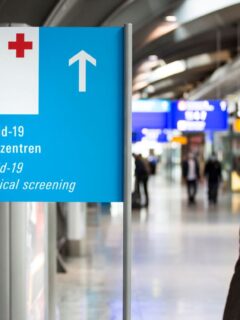 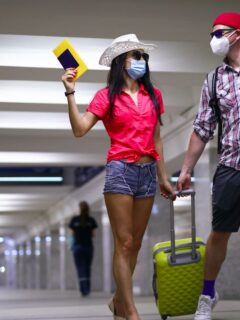