From the beginning of March, Virgin Atlantic will be restoring its full U.S. flight schedule – for the first time since the start of the Covid-19 global pandemic.

With flights between the English capital, London, and the American cities of Seattle and Washington, DC due to resume – during the first week of next month (March) – the British-based airline will also be adding flights to a few of its other U.S. destinations.

And, it will come as little surprise that the airline is looking to capitalize on the increase in demand that the world of travel is starting to see – with other airline carriers also recently announcing that they will be expanding their services.

What does this now mean for Virgin Atlantic’s U.S. Flight Network?

Well, first of all it means that the airline will now be returning to its full U.S. flight schedule – that was so heavily disrupted during the last two years, due to the ongoing Covid-19 pandemic. However, with restrictions beginning to ease – and having launched new flight routes only a matter of months ago – Virgin Atlantic’s U.S. flight network will now be back to its full capacity.

Here are some of the headlines from the airline’s recent announcement.

When will these flights be available?

In just a matter of days.

From next week – the start of March – Virgin Atlantic will be flying travelers, once again, between the UK and the U.S. cities of Seattle (from 2 March) and Washington DC (from 5 March).

The airline will be offering flights to both of these cities five times a week.

At the same time, Virgin Atlantic will also begin offering more flight options to the U.S. cities of San Francisco, New York and Atlanta. Then, in just over a month – in April – the airline will be adding to its daily flight schedule to Los Angeles, which will see its service to the Southern-Californian city increase to three flights a day.

Virgin Atlantic will also increase its frequency of flights between four UK cities – London, Manchester, Edinburgh and Belfast – to the city of Orlando in Florida.

This will see the company offer more flights to the city – famous for its offering of some of the world’s biggest and best theme parks – than any other airline carrier on the planet.

Just last month the airline also announced that it will introduce a brand new route to its U.S. flight schedule – with direct flights between the UK and the city of Austin, Texas due to begin from 25 May.

This route is to be offered four times a week.

The above is sure to be ‘welcome’ news to the eyes of travelers – wanting to visit and explore the United States of America.

And, whether you’re looking to see what ‘off the beaten path things’ the state of Texas has to offer – or enjoy time spent at the variety of theme parks that the city of Orlando plays host to – you are sure to find a flight that suits your needs and requirements.

Fully vaccinated travelers will also be able to enjoy their time spent at some of the country’s major theme parks without being required to wear a face mask. 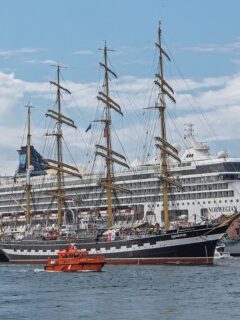 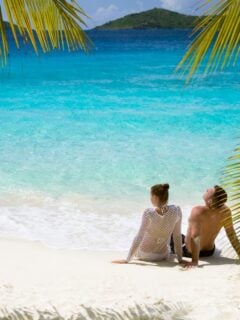 I loved the article, but, living just outside Orlando, we are more than theme parks. We have 15,000 more employees in the aerospace industry than Disney employed. Also, we “titter totter” with Las Vegas as the nations #1 convention destination. We are billed as the second largest financial services city. We actually do have people that come here for more than theme parks. Sure, we appreciate Disney, but there is more!