Cruise Lines Forced To Adapt Itineraries Due To Ukraine Invasion

Several of the world’s leading names in the cruise industry have been forced to adapt their upcoming cruise itineraries over the next few months due to the ongoing situation developing in Russia and the Ukraine. St. Petersburg has long since been a popular, much loved port for cruise ships on their sailings through Europe and the Baltic states, but various cruise companies have been forced to offer alternative destinations due to safety concerns regarding the recent invasion.

The move makes the cruise industry the latest in the travel world to be adversely affected by the invasion, following the closure of airspace over the regions involved and restrictions and sanctions imposed on various airlines in the past couple of days. Here’s a look at which cruise lines are set to be affected by the situation, and what they are looking to offer to travelers instead.

St. Petersburg is the largest port in Russia’s northwest, and served as the key cruise gateway between Russia and destinations along the Baltic Sea. Able to receive up to 7 large, 340 meter cruise ships in one day, the port received in excess of 660,000 passengers in 2019, serving as a popular stop on many European cruises whilst the city is an impressive destination for cruise ships in its own right.

Unfortunately for travelers who may have been eyeing up a stop off in St. Petersburg to enjoy its various palaces and stately buildings, it looks increasingly unlikely that they will be able to do so. That’s because various cruise lines have already revealed that their cruise ships will not be docking in the city in the near future, and that they will be pursuing alternative destinations in the region in the wake of Russia’s invasion of Ukraine.

Yesterday, the cruise lines owned by Norwegian Cruise Line Holdings – Norwegian Cruise Line, Regent Seven Seas Cruises and Oceania Cruises – revealed that they would be removing calls to the Russian ports of St. Petersburg, Solovetsky Islands, Arkhangelsk and Murmansk from their 2022 itineraries, as well as the Ukrainian city of Odessa. The cruise lines are currently working to try and find ports to replace these destinations.

An email from Norwegian Cruise Line addressing the situation read:

“The safety and security of our guests, crew and communities we visit is our top priority. We are currently working to confirm replacement ports and will advise all impacted guests and travel advisors as soon as possible.”

Norwegian Cruise Line Holdings aren’t the only name in the industry to be affected by the situation in Ukraine.

Atlas Ocean Voyages, based in Florida, are set to replace stops in St. Petersburg with calls to ports in Finland and Estonia instead, and has tried to put a positive spin on the situation. “With unrest in Eastern Europe, we have adjusted our voyages. Guests will enjoy these unique and rarely visited destinations and immersive shore excursions to take in the rich cultures and breathtaking vistas of the Baltic,” a statement from the company’s president read.

Other names in the cruise industry, such as Carnival and Viking cruise have not yet revealed if they will be making any changes, but have stated that they are monitoring the situation closely. Airlines are also set to be affected, with Russia’s Aeroflot banned from entering UK airspace and British Airways prevented from flying through Russian airspace. 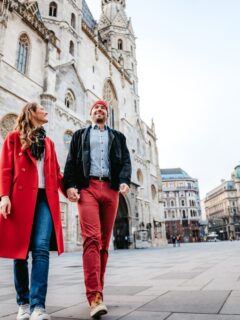 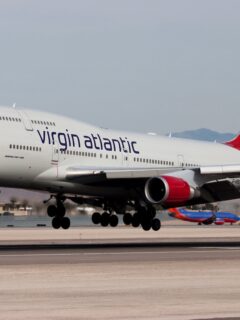