Why So Many Americans Plan To Visit Australia In 2023

After spending most of the pandemic sealed off from tourism, with a very limited number of foreigners allowed in, Australia has finally reinstated normal entry guidelines. As a result, it is not only recovering from the Covid slump but surging in popularity again for 2023, especially among Americans who are craving some sun as the cold creeps in.

Demand for international travel among U.S. citizens has soared following the reopening of borders. As of now, more than 140 countries around the globe allow Americans to enter irrespective of immunization, compared to the dire scenario of early 2020, when only a handful, mostly centered in the Global South, welcomed them restriction-free.

As a result, nearly all tourist destinations are setting new personal records for all-time visitors, and Australia is certainly no exception:

Americans have been flying to Australia in record numbers since March 2020, with searches for both nonstop flights and travel insurance rising sharply. According to the latest data released by the Australian Bureau of Statistics (shortened to ABS), travel activity in late 2022 was ‘on par’ with February 2019, the reference pre-crisis year.

This proves Australia’s path to recovery has been a lot more successful than originally expected, as it nears a return to normal levels nearly a year sooner than initial predictions. According to Jodi Bird, Money and Travel manager for CHOICE, an Australia-based insurance company, ‘possibly later this year or the next‘, Australia will get back on track.

Daniel Finch, Expedia’s Brands Managing Director, supported Mr. Bird’s claims, stating 2023 will be a ‘huge year’ for Australia-bound travel, with high consumer confidence — the highest in the last three years — being the main driving force behind the upward trend. Between September 2021 and September 2022, 2.1 million trips were fulfilled in the territory.

Why Are Australia’s Seemingly Moderate Results Nothing Short Of Impressive?

This is still far below 2019 levels (at only 24%), but we must take into account that Australia only lifted all border curbs in mid-summer 2022, six months into the calendar year, and this might have influenced its outcome in the long term: as we know by now, Americans are opting almost exclusively for destinations where no Covid-related formalities apply.

Between the twelve months ending on September 2022, 165,000 American arrivals were recorded at a recovery rate of 21%. While it may not sound like much, in the previous year, a total of 138,000 tourists – including all nationalities – traveled to Australia. After a bumpy start, it’s evident at this point Australia’s tourism sector is set to thrive once again.

But what’s behind the renewed interest in Oz when it was largely ignored for most of 2021 and even early 2022? The reopening of borders and resumption of nonstop flight routes, which had been suspended for nearly three years, effectively isolating Australia from the rest of the world, and its TikTok fame may have been three major trigger points.

@haylsa Your favourite video is here for Part 4! Have you been to any of these places? 💙 #australiatravel #whitsundays #uluru #pinklake ♬ Sail – AWOLNATION

Having barred the entry of foreign nationals and even returning Aussies for most of 2020 and 2021 — a controversial decision at the time — Australia’s formal reopening to the world in 2022 was a watershed moment in its pandemic strategy. Covid rules are no longer enforced at their outer Australian border nor traveling between different Australian states.

Essentially, Americans can fly to the country without first presenting a vaccine pass, undergoing testing prior to boarding or upon arriving, and without observing quarantine. The lifting of these draconian measures may have caused a holiday booking boom, but they are not entirely responsible for Australia’s tourism revival.

The return of flights, linking the Australian continent to the Western U.S., and increasing popularity on apps like Instagram and TikTok have also contributed massively to the nation’s triumphant debut on the post-pandemic scene. On top of that, it effortlessly fits the criteria to be crowned 2023’s top tourism hub:

There are five top travel trends this year, and Australia ticks all the boxes, from off-grid travel to bucket list experiences. Home to a vast nature, comprising tropical rainforests, deserts, mountain ranges, and marine parks, and of course, the Great Outback, making it the perfect road trip and camping destination.

Lining the coast, its collection of world-class cities offers a plethora of opportunities to culture enthusiasts. Sydney is well-supplied with iconic sights, particularly the Opera House, considered a masterpiece of 20th-century architecture; Melbourne is brimming with street art, and Perth’s vibrant nightlife and sweeping ocean panoramas are truly unmatched.

Out of the three, Sydney and Melbourne were ranked the 2nd and 3rd trendiest destinations for 2023, with Bondi Beach, a sandy crescent with a distinctly laid-back atmosphere close to Sydney, going viral on TikTok, amassing over 445 million views so far. In fact, Bondi is the most popular beach site on the video-sharing platform.

The numbers don’t lie: Australia is hot right now, and it’s hardly a surprise Americans will be heading Down Under in their droves. 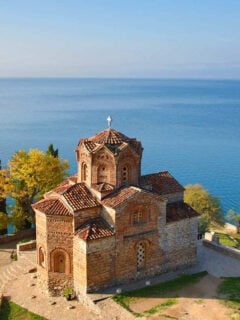 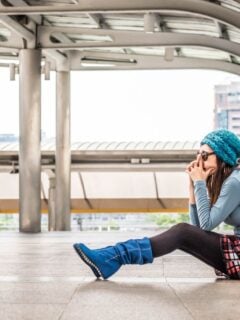 Next
How To Beat Jet Lag According to A Former Astronaut
Click here to cancel reply.