How To Beat Jet Lag According to A Former Astronaut

There’s no one who has traveled further and understands the impacts of jet lag more than an astronaut. Whether you’ve traveled to Europe or Australia, you’re likely familiar with jet lag symptoms and what this can do to your trip. Fatigue, poor concentration, mood swings, and a general feeling of not being happy are just some of the effects that come along with the journey.

If astronauts don’t perform at their best – it can be a matter of life or death, which is why NASA has been using circadian science to overcome the symptoms of jet lag for decades. Former NASA astronaut and Timeshifter Advisor, Mike Massimino, knows all about this. He completed two space missions in 2002 and 2009 and holds the team record for the number of hours spacewalking in a single space shuttle mission – he was also the first person to tweet from space.

Travel Off Path caught up with him to learn more about jet lag, his tips on how to beat it, and what the United Family of Cards from Chase is doing to help.

What Is Jet Lag?

To know how to beat jet lag, it’s best to understand what causes it. Our body has its own internal clock, also known as a circadian rhythm, which sends signals to the body for when to stay awake and when to go to sleep.

When we move through different time zones, our circadian rhythm becomes disrupted. These signals are highly sensitive to light, meaning when the sun begins to rise and set at a different time from what we’re used to, this disrupts our signals for waking up and going to sleep, causing those nasty symptoms of jet lag to impact your vacation for days (or sometimes weeks).

Astronauts see a sunset or sunrise every 45 minutes in space, making it impossible to adjust their internal clocks using natural light. Although earth travelers don’t witness light adjustments at this rate, moving through three different time zones is enough to alter one’s circadian rhythm for sleep.

How Can You Beat Jet Lag?

That’s where apps such as Timeshifter come in handy. Developed by world-renowned scientists and used by astronauts and elite athletes, the app follows similar principles that were originally taught to Massimino. When providing details of your travel itinerary, the app gives the best times for when you should see light and when to see dark, among other things.

There are a lot of things that impact a light and dark schedule based on what direction you’re going, the time you are leaving, and how many time zones you are crossing, so each plan is personalized based on your own journey.

Massimino explains that seeing light doesn’t necessarily mean being in the sun. Simple things such as looking at a TV monitor on a plane or looking at your phone or your computer will do the trick. These are the same things you want to stay away from when you’re supposed to be in your ‘dark period.’ If it’s daylight, you can also use sunglasses to trick your brain into thinking it’s nighttime.

These practices mimic what Massimino would do when he was on the space shuttle. When it was time to go to dark mode, they would shut down all the computer screens, turn down the lights, and put down the window shades.

Caffeine also plays an important role since it can impact your sleep even if you have it in the morning. Timing caffeine correctly throughout your day will keep you alert enough for your “light periods” but will also allow you to sleep when you need to.

According to Timeshifter, a common misconception that people have about jet lag is getting more sleep on a flight will help jet lag, but this is dependent on certain factors. Timeshifter explains on its website that when you are sleeping, you are sending the dark signal to your circadian clock. If you’re sleeping at a time when you should be seeing light, you’ll be shifting your clock in the wrong direction and making jet lag worse.

Massimino adds that travelers might invest in a first-class seat because they think they’re going to get more rest, but “it’s the circadian rhythm that you need to watch out for when you’re crossing time zones.”

Why Is Understanding Jet Lag Important?

Travelers will spend hours researching and getting organized for their vacation, so jet lag can easily dampen a much-anticipated trip. Massimino relates this feeling to preparing for space, “you’ve trained for this thing for such a long time, and you’ve dedicated your life to becoming a NASA astronaut… you don’t want to be jetlagged when you get there.”

He believes that beating jet lag is about your performance, your enjoyment, and your health and is happy that this kind of sleep science is being brought to the masses since he’s been using these principles for over 20 years.

There’s no need to let jet lag ruin your trip when there are simple steps to get over it quicker.  This week, the United Family of Cards from Chase partnered with the Timeshifter app to raise awareness about jet lag and help improve people’s travel experiences.

The companies are asking travelers to make a pledge to take on the jet lag in 2023 and have created a sweepstakes for a chance to win up to 1 million United MileagePlus miles. Other prizes up for grabs include a subscription to the Timeshifter jet lag app, while Chase United credit card holders can also receive a limited-time 50% discount on an annual Timeshifter subscription. It’s free to take the pledge, but you’ll need to sign up for the MileagePlus loyalty program.

So, what’s on Massimino’s travel list this year? The next stops for him are Houston and Detroit. 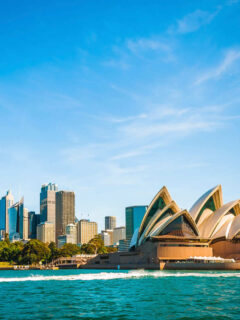 Previous
Why So Many Americans Plan To Visit Australia In 2023 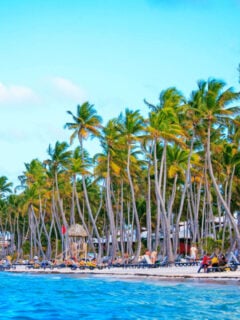 Next
Top 8 Cheapest Spring Break Destinations That Are Close To The U.S
Click here to cancel reply.